All Investors Need To Know About Inflation. 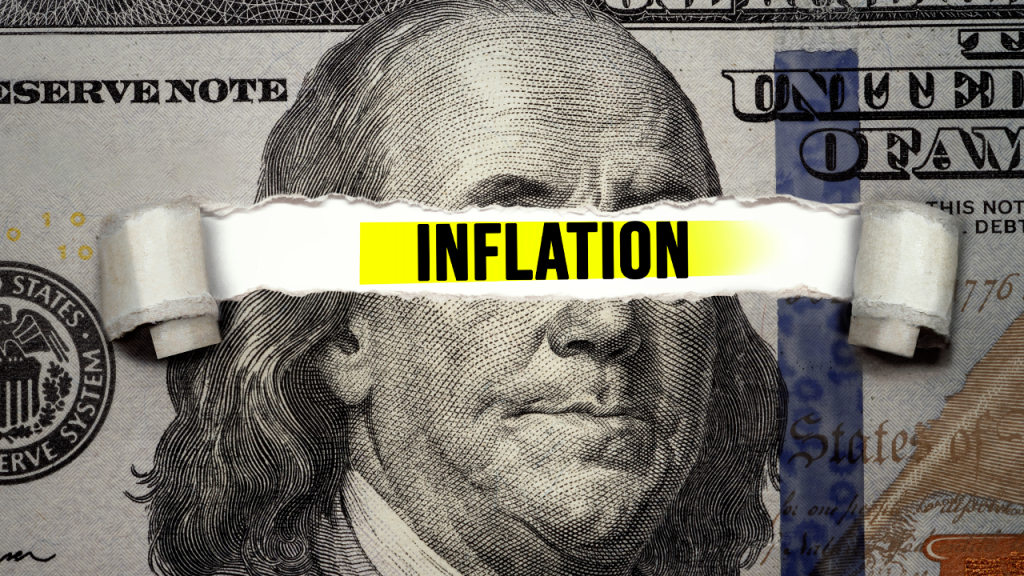 Inflation is a general and ongoing rise in the levels of prices in an entire economy. Inflation doesn’t refer to a change in relative prices. Inflation means that there is pressure for prices to rise in most markers in the economy. The power of inflation does not just affect goods and services, but wages and income levels too.

To calculate a price of a basket of goods:

To calculate price levels, economists begin with the concept of a basket of goods and services, consisting of different times, individuals, businesses, or organisations usually buy. The next step is to look at how the prices of those items change over time. Changes in the prices of goods for which people spend a larger share of their incomes will matter more than changes in the price of foods which people spend a smaller share of their income. To construct an overall measure of the price levels, economists compute a weighted average of the price of items in the basket, where the weights are based on the actual quantities of goods and services people buy.

Changes in the cost of living are measured:

Most commonly cites measure of inflation is the CPI. Based on the prices in a fixed basket of goods and services that represents the purchases of the average family of four.

There is a subtle problem: the changes in the total cost of buying a fixed basket of goods and services over time is not conceptually the same as the changes in the cost of living, because the cost of living represents how much it costs for a person to feel that his or her consumption provides an equal level of satisfaction or utility. Another issue: a fixed and unchanging basked of goods assumes that consumers are locked into buying the same goods, regardless of price changes. This is not a true – if peaches increase in price, often consumers will not buy peaches, but instead will purchase apples. Thus, substitution bias – the rise in the price of a fixed basket of goods over time, tends to overstate the rise in a consumers true cost of living, because it does not take into account that the person can substitute away from goods whose relative prices have risen.

The other issue: fixed baskets of goods is at odds with dealing with the arrival of improved versions of older goods or altogether new goods. If a good improves by adding 12 more essential vitamins in the produce, therefore increasing the produce price by 5%, it would be misleading to count the higher prices as inflation.

Fixed basket is at odds with arrival of new versions

CPI basked of goods are changed over time, to represent the current market. However, these changes often take years.

Quality/new goods bias: the rise in the price of a fixed basket of goods over time tends to overstate the rise in a consumers true cost of living, because it does not take into account how improvements in the quality of existing goods or the invention of new goods improves the standards of living.

Core inflation index: provides a better guide to monetary policy that other indices, since it measures the more persistent underlying inflation rather than transitory influences on the price levels.

To summarise: CPI helps households understand the overall cost of living from m/m. Whilst Core Inflation Index is a preferred gauge from which to make more vital government policy changes.

There are a range of alternative indexes, that measure inflation for certain demographic groups:

In the last 3 decades within the US, inflation has been low in the US economy. The CPI has reported 2-4% per year. There are two major waves of inflation: after WW1 & WW2. However, there are also periods of sever negative inflation, called deflation. This is when buying power of money in terms of goods and services increases, in comparison to decreasing.

Times of recession or depression often seem to be periods in which inflation rate is lower. Recessions are typically accompanied by higher levels of unemployment, and the total demand for goods falls, pulling price levels down. Conversely, the rate of inflation often, but not always seems to start moving up when the economy is growing strongly.

Countries with controlled economies in the 70s, like Soviet Union & China, had low rates of inflation, because prices were forbidden to rise by law. However, these nations also had major shortages, since forbidding prices to rise acts like a price ceiling and creates a situation where quantity demanded often exceeds quantity supplied.

If economic variables do not move in sync exactly with inflation, or if they adjust for inflation only after a time lag, then inflation can cause three types of problems:

Inflation can cause redistributions of purchasing power that hurt some. People hurt by inflation include those who are holding cash. When inflation occurs the buying power of cash is diminished.

Taxation is another issue when creating wealth during inflationary periods: US income tax is charged on nominal interest received in dollar terms, without an adjustment for inflation.

Inflation can cause unintended redistributions for wage earners. Wages many leg behind inflation for a year or two since wage adjustments are somewhat sticky. If minimum wage is adjusted for inflation only infrequently, minimum wage workers are losing purchasing power from their nominal wages.

One group that receive a large sum that does not increase over time are retirees who receive a private pension. Most pensions are set at a fixed nominal dollar amount per year.

Prices are messengers in a market economy, conveying information on demand and supply. Inflation blurs those price messages. In Israel, when inflation accelerated to 500%, some stores stopped posting prices directly on items, since they would have to continually change the labels daily, to reflect the rate of inflation.

Issues with saving for the future. Consideration of what their money will really buy several decades in the future when the rate of inflation can not be known with certainty.

Inflation can harm businesses: if holding too much cash, & that value is eroded by inflation. For business planning, moderate inflation may not pose a difficulty – because the cost of doing business and sales revenue may rise at a similar rate. If inflation is more than moderate, then this can change.

Although economic effects of inflation are negative, two countervailing points are worth nothing: