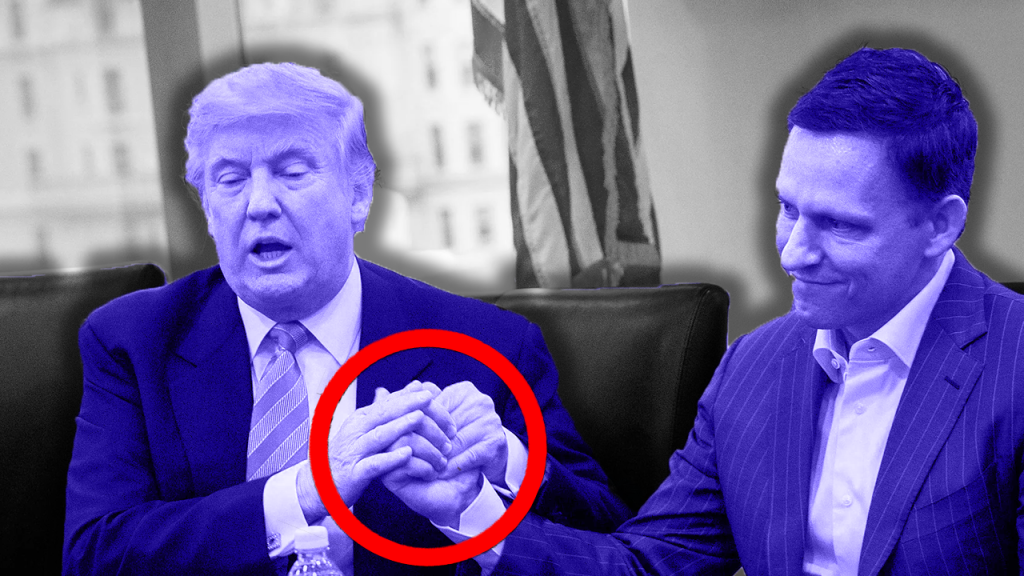 These figures here indicate towards an evident slowdown within the Government sphere. We will lay out both sides of the argument to come to the most logical and plausible conclusion.

Firstly, for the bullish case. Palantir has experienced steep slowdown within the Government sphere in FY21, & we believe that this is based on the following reasons: namely, the delay within the federal budget this year and the innate slowness associated with Government allocation of capital. To explain further, the Senate have now passed a massive omnibus spending bill to fund the federal Government for the rest of FY22. This included a $728.5B in discretionary spending for defence related spending activities, which is 5% more than the funding in 2021. This vote within the Senate comes after months of delaying, disagreements, and debates – which is one of the longer periods in recent times.

Congress were operating under a CR, or continuing resolution, as a temporary measure to fund Government activities for a limited amount of time. This posed the Chiefs of the Air Force and Space Force to disclose their frustration and devastation for the matter, in relation to the inability to perform missions and to grow new capabilities. Overall, and per the words of CEO Alex Karp, it seems evident to assume that this delay within spending, due to the innate bureaucratic nature of Governments has resulted in a major delay within spending and contract allocation. This interestingly does highlight a vital area of weakness for Palantir, specifically because the company is reliant on 50% of their overall revenue from Governments.

The alternative side of the argument is a far more pessimistic take on Palantir’s business model. Namely the alternative side of the debate suggests that the Government procurement process is becoming more complex due to the increasingly competitive landscape. Palantir used to win sole-sourced-contracts, however due to competition, this has changed. To finalise, there is speculation upon smaller companies colliding together to win larger contracts, thereby taking a portion of the pie from Palantir.

Most contracts are competitive, but sometimes there are exceptions to this rule. Sole-source contracts are a kind of contract that can be issued without a competitive bidding process. This usually happens in situations where only a single business can fulfil the requirements of a contract. Therefore, through Palantir’s inability to capitalise on the sole sourced contracts, the bears are indicating towards increased competition and a harder bureaucratic process towards gaining new contracts.

There is an interesting, but weak conclusion one can make from the FY21 results when looking at the GOV and COM split. We believe, like many within the Palantir community, that it is vital for Palantir to outpace GOV revenue through acceleration within the COM space. Thereby, this would warrant a much higher ability for Palantir to achieve higher valuations and growth, due to the much greater TAM available within the COM space. Within the GOV area, we believe it is evident to state that there is a glass-ceiling towards how much the company can grow. Whilst we do not believe that this point has been reached yet within the GOV space, it seems clear within the FY21 results there is an evident acceleration of COM growth, in comparison to GOV growth, thereby following through with our original thesis. Whilst the split is clearly still in favour of the GOV revenue, there has been a clear trend away from overreliance within the GOV sphere.

We are watching, and overall are bearish on the overreliance on the GOV sphere for the majority of Palantir’s revenue. This is because, as stated beforehand, Governments innately are highly bureaucratic, slow within the area of innovation and capital allocation, and thereby this can cause issues in relation to Palantir’s ability to grow consistently.

To add to this, it should not be trivialised the political nature of Governments. This is also another one of our plausible concerns in relation to Palantir and their reliance on Governments for significant portions of revenue. Peter Thiel recently left Meta (formerly Facebook) to endorse President Trump within his speculative, upcoming campaign, for Office. In consideration of this blatant endorsement of the opposing party, there is a concern that political risk may come in the way of consistent growth for Palantir.

However, whilst these points are valid, there are also majorly overlooked advantages of working within Governments over long periods of time. This is because, Governments innately are cooperative, instead of competitive. This means that, in comparison to the commercial space, in which is competitive in nature, within Governments there is an ability to collaborate and mirror network effects and use cases across all agencies using Palantir’s software. This creates major network effects, that we believe is vital for Palantir’s impeccable competitive moat for the next 10-15+ years. Importantly, this ability to mirror and reflect network effects across agencies within a Government, is something that is not available within the commercial space – obviously due to the competitiveness of commercial companies.

We believe that it is likely more growth will come within the Government space. This is because, for a range of different reasons including:

The European expansion is an area we are watching closely. Palantir is vocal about their lack of penetration within the European space. The following statistics reveal this clearly:

This shows how the US GOV cohort is by far the dominant cohort within the holistic picture of GOV revenue breakdown for Palantir. We are expecting more growth outside of the US GOV, thereby likely leading to a more appealing overall growth story of Palantir GOV.

To add to this, Palantir as the first software prime for Governments was an interesting comment by the COO within a recent call with Morgan Stanley analysts. A software prime describes companies that have frequent roles as contractors who in turn subcontract to other companies within Governments. There are currently 4-5 hardware primes for the US GOV, and within theFY2020, these companies together received 54% of all of DOD’s contract obligations for the year. If Palantir were to become a software prime for the US GOV, not only would this validify concerns related to Palantir product capabilities, however it would also indicate towards a possibility for more consistent and larger revenue streams from the US GOV.

Clearly, within recent times geo-political events have painted a pessimistic image of the future for cyberwarfare, physical warfare, and the relationships between nation states. The events in Ukraine are producing a ripple effect across the West, emphasising the importance of software as a competitive edge, and cyber-security importance. Germany in recent weeks have stated that they would sharply increase its spending on defence to more than 2% of its economic output. This was shortly followed by other nations positing the importance of rising their defence budget – for example the UK.

Taking these points together, we believe that Palantir is likely to receive an increase within GOV revenue over the long term. Whilst we do not expect these catalysts to occur instantly, we are more optimistic than pessimistic on the ability for Palantir to continue growth within the Government sphere.