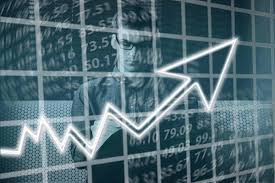 Macroeconomists argue and are often split into two groups: those that argue supply is the most important determinant of the size of the macroeconomy, whilst demand just tags along.

And those who argue that demand is the most important factor in the size of the macroeconomy, while supply just tags along.

Keynes’ Law is: demand creates its own supply.

Argued that the economy often produces less than its full potential, not because it was technically impossible to produce more with the existing workers and machines, but because a lack of demand in the economy as a while led to inadequate incentives for firms to produce.

In such cases, he argued the level of GDP is the economy was not primarily determined by the potential of what the economy could supply, but rather the amount of total demand.

Keynes’ law seems to apply well to short run periods: few months or years, when firms experience either a drop in demand for their output during a recession or so much demand that they have trouble producing enough during an economic boom.

However, demand can not tell the whole macroeconomic picture either. If demand was all that mattered at the macroeconomic level, then governments could make the economy as large as it wanted just by pumping up total demand through a large increase in the government spending.

Economies do face genuine limits to how much they can produce, limits determined by the quantity of labour, physical capital, technology, and the institutional and market structures that bring these factors of production together. These constraints on what an economy can supply at the macroeconomic level do not just disappear just because of an increase in demand.

Foreign price effect points out that if prices rise in the US, while remaining fixed in other countries, then goods in the US will be more expensive compared to goods in the rest of the world. US exports will be more expensive, and the quantity of exports sold will fall. US imports from abroad will be relatively cheaper, so the quantity of imports will rise. Thus, a higher domestic price level, relative to price levels in other countries will reduce net exports expenditure.

As price level rises, the aggregate quantity of goods and services supplied rises too. Suppliers react to a higher price level for final outputs for goods and services, while holding the price of inputs like labour and energy constant. If firms face a situation where the price level of what they are producing and selling is rising, but costs of production are not rising, then the lure of higher profits will induce them to expand production.

Change in input prices: higher prices for inputs that are widely used across the entire economy can have a macroeconomic impact on aggregate supply. Increasing the price of such inputs will mean that at each given price level for outputs, a higher price for inputs will discourage production because it will reduce the possibility for earning profits.

Conversely, a decline in the price of a key input will provide an incentive for more to be produced at every given price level for outputs.

Other supply shocks: aggregate supply curves can also shift due to shocks to input goods or labour. For example, an unexpected early freeze that destroys a large number of crops.

Shocks to labour markets can affect aggregate supply. An example is overseas war that requires a large number of workers to cease ordinary production in order to fight for their country.

Changes by consumers & firms: when consumers feel more confidence about the future of the economy, they tend to consume more. If business confidence is high, then firms tend to spend more on investments, believing that the future payoff from that investment will be substantial.

A rise in confidence is associated with higher consumption, and investment demand, it will lead to an outward shift in aggregate demand curve, and a move towards equilibrium.

Consumers and business confidence often reflects macroeconomic realities: confidence is usually higher when economy is growing briskly, and low during a recession. Economic confidence can rise or fall for other reasons: risk of war, election results, policy events.

During a recession when unemployment is high and businesses are suffering low profits or even losses, Congress often passes tax cuts.