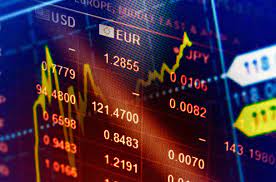 Macroeconomics focuses on the economy as a while, or on the whole economies as they interact. Macroeconomics involves adding up all the economic activity of all households and all businesses in all markets to get the overall supply and demand in the economy.

Thinking about the overall health of the macroeconomy, it is useful to consider three primary goals: economic growth, low unemployment, and low inflation.

Economic growth determines the standard of living within a nation. A growth rate of more than 3% is considered good.

Inflation is the sustained increase in the overall price level. This is measured by the CPI. Low inflation, rates around 1-2%, is a major goal.

National governments have two tools for influencing the macroeconomy. This is monetary policy, the second is fiscal policy.

Consumption expenditure by household is the largest component of GDP, accounting for about two-thirds of GDP in any given year. This tells us that consumers spending decisions are a major driver of the economy, however, consumer spending is a gentle elephant: when viewed over time, it does not jump around too much.

Investment expenditure refers to purchase of plants, equipment, primarily by businesses. Investment demand is far smaller than consumption demand, typically accounting for 15-18% of GDP. This is very important for the economy because this is where jobs are created. Business investment is volatile, new technology or a new product can spur business investment, but confidence can drop, and business investment call pull back.

Government expenditure in the US is about 20% of GDP, includes spending from all three levels of government. The part of government spending counted in demand is government purchases of goods and services produced in the economy.

By far, the largest part of GDP is services. Services have been a growing share of GDP over time. A breakdown of leading service industries includes healthcare, education & legal/financial services.

A significant decline in real GDP is a recession. An especially lengthy & deep recession is called a depression.

Real GDP is vital because it is highly correlated with other measures of economic activity, like employment and unemployment. When real GDP rises, so does employment.

The level of GDP per capita clearly captures some of the “standard of living”. Most of migration in the world, for example, involves people who are moving from countries, with low GDP per capita to countries with high GDP per capita.

There is a difference between an economy that is large because people work long hours, and an economy that is just as large because people are more productive with their time, so they do not have to work as many hours. Not necessarily true that higher GDP equates to higher standard of living. GDP does not measure factors such as actual levels of environmental cleanliness, health, and learning. GDP does not address if life expectancy or infant morality have risen or fallen, or it does not address how much of the population can read, write, or do basic maths.

It is theoretically possible that whilst GDP is rising, the standard of living could be falling if human health, environmental cleanliness, and other factors that are not included in GDP are worsening.

However, GDP ignores other factors, such as crime rates, inequality of incomes or levels of traffic. Therefore, argument to be made that GDP could overstate the true rise in the standard of living.