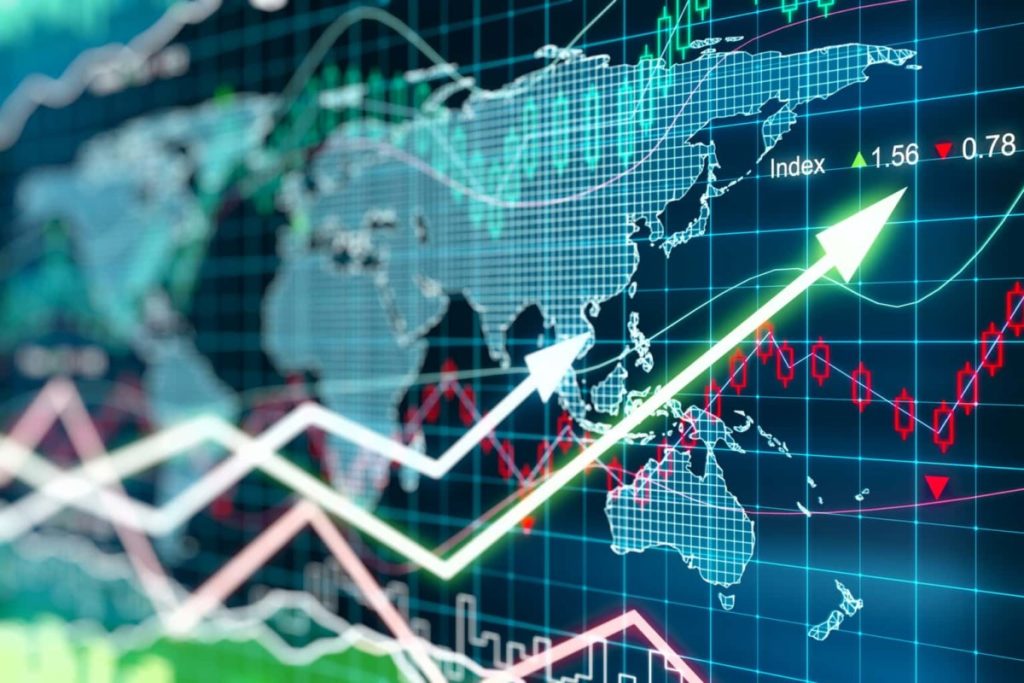 In the last two centuries, there has been a period of modern economic growth. Rapid and sustained economic growth is relatively recent experience for the human race. The Industrial Revolution refers to the widespread use of power-driven machines and the ability to perform tasks that therefore would have taken a vast number of workers to do. Industrial Revolution began in Great Britain, and soon spread for the US, Germany, and other countries.

During the last two centuries, the average rate of growth of GDP per capita in the leading industrialised countries averaged about 2% per year.

Industrial Revolution led to increasing inequality among nations. Some economies took off, whereas others, like many of those in Africa or Asia, remained close to subsistence standard of living. However, by the middle of the twentieth century, some countries had shown that catching up was possible. Japan was an example of economic growth that took off in the 60s, and 70s, with growth averaging on 11% per year.

Economic growth depends on many factors. Among those is adherence to the rule of law and protection of property rights and contractual rights, by governments so that markets can work effectively and efficiently.

Law must be clearly enforced, public, fair and equally applicable to all members of society. Property rights enables individuals or firms to own property, & enter into a contract.

Contractual rights, then are based on property rights & allow for individuals to enter into agreements with others regarding the use of their property providing recourse through the legal system in the event of non-compliance.

Sustained long term economic growth comes from increase in worker productivity, which essentially means how well we do things. Labour productivity is the value that each employed person creates per unit of his or her input.

Second factor: technological change is a combination of invention, advanced in knowledge and innovation, which is putting that advance to use in a new product or serve.

Third factor: economies of scale. Cost advantages that industries obtain due to size.

Aggregate production function refers to the connection from inputs to outputs for the entire economy.

To measure productivity, it is often closely relate to the growth rate of its GDP per capita, although the two are not identical. Over the long term, the only way that GDP per capita can grow, is if the productivity of the average worker rises or if there are complementary increases in capital.

A common measure of US productivity per worker is dollar value per hour the worker contributes to the employers output.

In recent years a controversy has been brewing among economists about the resurgence of US productivity in the second half of 1990s. One school of thought states that the US has developed a new economy based on the extraordinary advances in communications and information technology in the 1990s.

The most optimistic proponent argues that it would generate higher average productivity growth for decades to come.

The pessimists believe that even five or ten years of stronger productivity growth does not proved that higher productivity will alt for the long term.

Productivity growth is also dependant on average levels of wages. Over time, the amount that firms are willing to pay will depend on the output these workers produce. If a few employers tried to pay their workers less that what those workers produce, then those workers would receive higher offers and wages from other companies. Productivity per hour is the most important determinant of the average wage level of an economy.

Nothing is more vital for peoples standard of living that sustained economic growth.

The key components to economic growth:

Capital deepening is when society increases the levels of capital per person.

Not only does US have better education of workers, with more improved physical capital that it did several years ago, but these workers have the access to more advanced technologies.

This recipe for economic growth, investing in labour productivity, with investments in human capital and technology, as well as increasing physical capital, also applies to other economies.

From the US economy, 3 lessons commonly emerged from growth accounting studies:

There are arguments that state that low income countries might have an advantage in achieving greater worker productivity and economic growth in the future.

Second argument is that: low income nations may find it easier to improve technologies, than higher income countries. The development of technology can provide a new way for an economy to sidestep the diminishing marginal returns of capital deepening. Improved technology means that with a given set of inputs, more output is possible,

One specific reason that technological ideas do not seem to run into diminishing returns is that ideas of new technology can often be widely applied at a marginal cost that is very low or even zero. A new innovation or technology can be used by many workers across the economy at a very low marginal cost.

The argument that it is easier for low income nations to copy and adapt existing technologies than it is for a high income country to invent new technologies is not true.  When it comes to adapting and using new technology, a societies performance is a result of whether economic, education, and public policy institutions of the country are supportive. The slowness of convergence illustrates again that small difference in annual rates of economic growth become huge differences over time. The high income countries have been building their advantage of standard of living over decades. It will take decades for the low income countries of the world to catch up significantly.