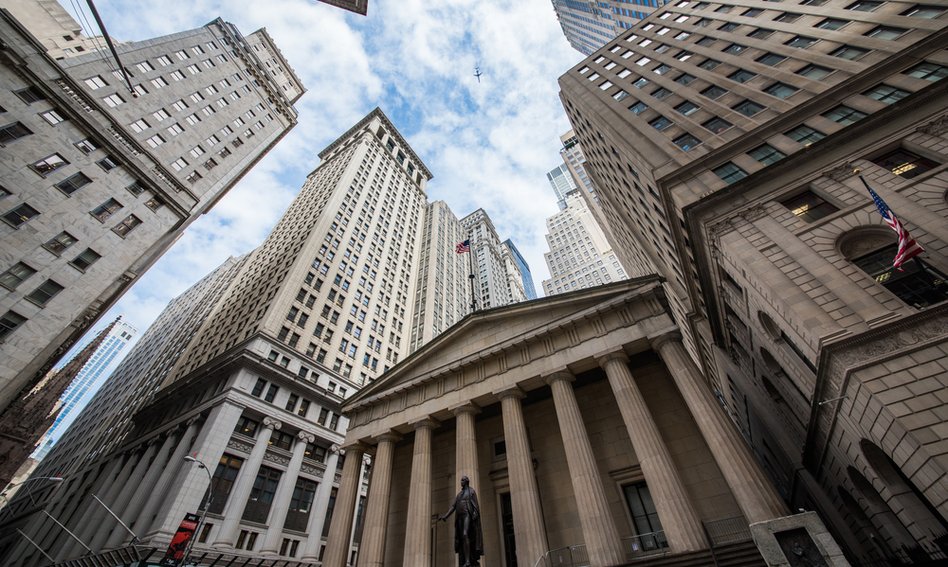 Why This Analyst Believes Palantir Will Rally 60%.

Within the past few hours, analysts at Monness Crespi Hardt initiated a buy rating on Palantir stock, with a $20 price target. Within this report, we will detail the outstanding debates in regards to Palantir, and whether the equity truly can rise in value.

“Palantir has built out a strong presence across a broader scope of government organizations based in liberal democracies and demonstrated success with commercial organizations. At a time when society and government organizations around the world question the modus operandi and values of Big Tech, Palantir has taken a ‘path less followed’ relative to its tech brethren. Palantir has remained steadfast to its core values, fostering a distinct culture, and developing unique software,” White said in his initiation note.

The current major outstanding debate in regards to Palantir stems from the Governmental sphere, in which critics point towards deceleration of growth as a clear indicator of poor-product-market-fit. ARK Invests, Bret Winton pointed towards reasoning behind selling Palantir stock within ARKs fund, being based on the fact that Palantir has experienced more competition from other vendors within recent periods. ARK believes that this has led to less sole-sourced contracts being assigned, leading to stagnation within the context of Governments. As mentioned within our recent article on Palantir and deceleration within the Government sphere, a sole-sourced contract refers to contracts that can be issued within a competitive bidding process. This often occurs when only a single business can fulfil the requirements of a set contract. But, through the increased competitive environment within Governments, ARK point towards Palantir gaining less sole-sourced contracts, in which has limited their growth.

The secondary main argument against Palantir is that Palantir has invested over $400M within SPAC initiatives and early-stage companies. Critics argue that the commercial acceleration within Palantir is fuelled by unsustainable SPAC investments. This is because, whilst commercial revenue ex-SPAC grew 22% in Q3, this was actually a deceleration from 25% growth in Q2. Large institutional analysts believe that Palantir SPAC investments are unsustainable given the small sizes of the companies Palantir is investing within. To validify their claims further, overall total deal value is actually down sequentially excluding SPAC investments within Q3. Within a recent note by analysts, “ex-SPAC [related] revenue in commercial space grew 22%, a deceleration from 25% growth in 2Q.”

– Analysis of these arguments:

Within the context of the Governmental slowdown for Palantir’s business model, whilst bears look towards increasingly competitive landscape to validify claims in regards to stagnation, bulls look towards a more optimistic vision for the future. As noted within our previous reports:

The delay within the federal budget this year and the innate slowness associated with Government allocation of capital is the verification behind Palantir’s Government slowdown. The Senate have now passed a massive omnibus spending bill to fund the federal Government for the rest of FY22. This included a $728.5B in discretionary spending for defence related spending activities, which is 5% more than the funding in 2021. This vote within the Senate comes after months of delaying, disagreements, and debates – which is one of the longer periods in recent times.

Congress were operating under a CR, or continuing resolution, as a temporary measure to fund Government activities for a limited amount of time. This posed the Chiefs of the Air Force and Space Force to disclose their frustration and devastation for the matter, in relation to the inability to perform missions and to grow new capabilities. Overall, and per the words of CEO Alex Karp, it seems evident to assume that this delay within spending, due to the innate bureaucratic nature of Governments has resulted in a major delay within spending and contract allocation.

It is vital to note that whilst there is a valid explanation for Palantir’s slowdown within Governments, namely the lumpiness and cyclical nature of Governments innately, this is still a vital risk that bulls should not overlook. To explain, if Palantir fails to grow the commercial segment of the business on a larger scale in comparison to the Government side, this lumpiness of revenue is likely to be present more commonly.

To take the more optimistic vision for the future in relation to these pessimistic arguments disclosed beforehand, we believe that within the Government sector specifically, Palantir is able to gain unique-network effect creations, in which no other software organisation is able to achieve. This is because, the Government sector is innately cooperative, in comparison to competitive like the commercial space. In other words, the Government sectors integration of Palantir results in mirroring and sharing of network effects throughout all Federal agencies. In consideration of the fact that Palantir learns from the methodological ways in which the data is meshed together, integrated and leveraged, these lessons that have been learnt from the Governmental agencies can be leveraged within the commercial space to created a supernatural product.

Taking a holistic picture within the context of Palantir’s SPAC investments, similar initiatives are present within other software companies – namely Snowflake. For Snowflake, their investment initiatives are called Snowflake ventures, in which the company invests $1-20M into smaller staged organisations. As part of Snowflakes deal, these small-staged companies are bound to using the Snowflake product over a set contract duration.

There are similarities between Palantir’s investment initiatives, as well as that of Snowflake. However, Palantir often invests larger amounts, in which coincides with their more invasive and holistic software solution.

To counter act previous claims made in reference to Palantir and their over-reliance on SPAC initiatives, we believe that this is an indication of Palantir being anchored towards a long-term competitive moat criteria. In other words, in consideration of the fact that Palantir battle-tested their software within Governmental sectors for the past 18 years, the company is now taking an identical approach for smaller-staged SPAC companies.

This is because, through integration of Palantir’s software within smaller staged companies, Palantir is able to gain valuable insights that previously would have been unknown. Palantir is able to gain a holistic understanding when it comes to strengths, weaknesses of their product, as well as methodological attempts towards modularity of the software solution. This overall garners a vital competitive moat that we believe most investors are overlooking.

Holistically, taken together, it seems evident that Palantir is anchoring themselves towards a culmination of long term competitive moats. This is through the SPAC initiatives battle-testing their software solutions, as well as integration within the Governmental sphere, which enables a non-linear rate of network effect creation. For a longer-term perspective, we believe that these two areas together will contributed majorly towards the long term potential of Palantir.