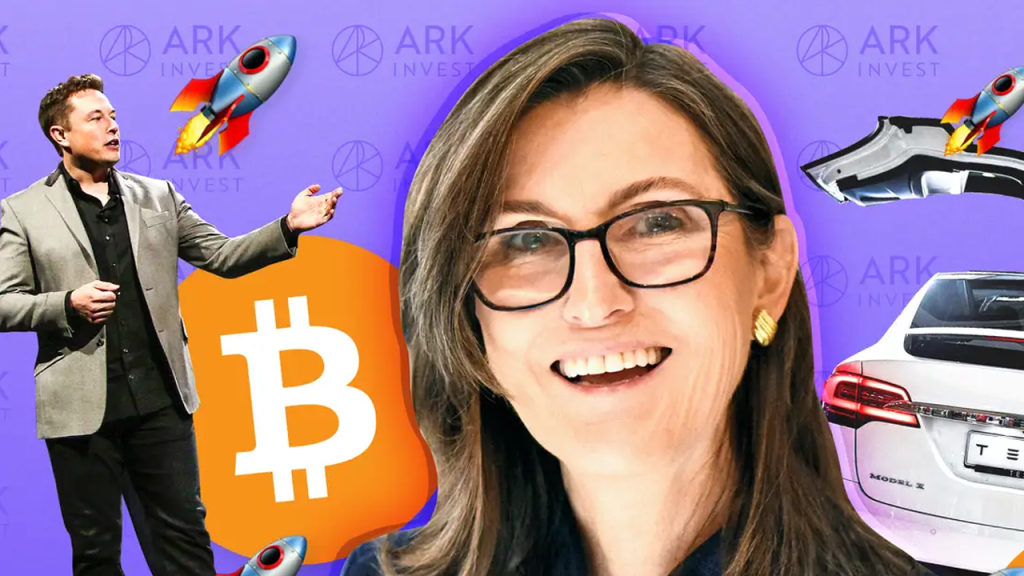 Cathie Wood, the CEO of ARK Invest has promised on Twitter to open-up more models of research for retail investors to engage with. The news comes after a recent Tesla valuation update, in which ARK expect a valuation upwards of $4,600 by 2026.

“@ARKInvest will “open source” many more of our models, particularly those for companies whose exponential growth opportunities are not well understood, during the next few months. Looking forward to sharing models like #Tesla’s on GitHub and receiving your constructive criticism”.

Within the context of TSLAs model, Cathie stated how, this valuation is increasingly contingent on TSLAs automated robotaxi potential growth. Whilst many critics point towards TSLAs valuation as being absurdly overpriced, ARK point towards a more contrarian view, stating how in consideration of TSLAs lead within automated capabilities, this allows for TSLA to warrant a higher valuation.

An expectation of over 17M vehicles sold has been priced in by 2026. This is significantly upwards of 0.9M vehicles sold within 2021. Elon Musk has posited the view in recent times that he hopes TSLA can achieve upwards of 15-20% market share within the context of EVs.

Interestingly, ARK posit forward the view that by 2026, there is a potential for TSLA to achieve an average selling price (ASP) of £30,000. The reasoning for this is grounded in Wright’s Law & EOS. Wright’s Law is a hypotheses that there is a “20% reduction in cost, when production doubles”. In so far as 1000 units have been produced, the cost per-unit decrease by 20% when production reaches 2000 units. Another 20% reduction is apparent at 4000 units, and at 8000 units, and so on. This idea states that cost decreases as a power law of cumulative production. Interestingly, in relation to innovative investments. We can conspicuously see Wright’s Law in action, through the Human Genome Project. As reported by NHGRI Genome Sequencing Program, the cost of sequencing DNA bases has fallen majorly (more than 700,000 fold) since the first sequencing project. This outstanding improvement from the Genome Sequencing Program has revealed the exponentially large cost reductions that are occurring, whilst simultaneously increases within output.

There is a similar trend occurring with Tesla, in which over time, as Tesla becomes more sophisticated and advanced within manufacturing, there will become a significant decline within cost of manufacturing. Thereby, this will likely result in economies of scale. Interestingly, reasons as to why EOS, and Wright’s Law hold validity is due to:

Pointing towards Tesla & their ability to launch automated robotaxi fleets, ARK Invest bake into the bullish price target on Tesla that as a best case scenario, Tesla will be able to launch robotaxi at the end of 2022. In consideration of the fact that Tesla has previously promised the launch of robotaxi fleets beforehand, this has become a majorly controversial point of communication for Tesla shareholders. Musk stated in 2019 how: “I feel very confident predicting autonomous robotaxis for Tesla next year.” Therefore, evidently this has become a vital cause of debate among Tesla shareholders, specifically in regards to Elon’s potential underestimation of the challenges regarding robotaxi fleets.

ARK confidently mentioned how: “Our research suggests that travellers in western markets place a value on their work-related travel miles close to their hourly wage, and value their non-work-related travel miles at close to half their hourly wage. In low income countries and at $0.50 per mile, we assume another long tail of demand priced similarly to today’s ride-hail options. Taken together, ARK estimates the total addressable market for autonomous ride-hailing at roughly $11-12 trillion, as shown below.”

We believe that this a major point of controversy, specifically in consideration of the unknown legislative and technical challenges the company is yet to face. In ARKs lowest price-per-share scenarios, Tesla launches a vertically integrated, human-driven ride-hail service but does not launch a robotaxi network. ARK correlate TSLAs inability to launch a robotaxi network with a bear case price target of $2,900.

Many critics state that Tesla, and other innovative companies are majorly overvalued. For example, Forbes stated clearly that they believed TSLA was majorly overpriced based on a few different points. Namely: low barriers for entry within the EV space, conventional OEMS investing heavily within the space, as well as the self-driving inability for success. Whilst there evidently are major potential downfalls within the context of TSLAs valuation, we believe that there are evident opportunities within innovative companies.

This is because, at Darntons we believe that society is entering into an interesting period that can be explained through the Law Of Accelerated Returns & Industry 4.0:

Intertwined closely with Wright’s Law is the ideology of the accelerated law of returns. This theory posits that technology change is exponential. Within the next 100 years, we will not experience 100 years of progress. But instead, we will experience over 20,000 years of progress within the next 100 years (at today’s rate). Furthermore, and excitingly, Kurzweil suggests that there is even exponential growth within the rate of exponential growth. This means that, within a short period when machine intelligence surpasses human intelligence, this will lead to a singularity. A singularity is a term used to indicate technological change that is so rapid and product, it creates a rupture in the fabric of human society.

Industry 4.0 is a new model that characterises the Fourth Industrial Revolution. This includes advanced manufacturing models represented by intelligence, digital platforms, and overall disruption.  Furthermore, 4.0 fully utilises all the foundations of previous industrial revolutions, however with higher rates of integration, digitisation, virtualisation technologies, and rapid response times to stimuli. Growth is no longer linear, however instead is rapidly exponential. This means that, equities such as TSLA, in which capitalise on AI technologies and ML will experience exponential learning curves and therefore will outperform potential competitors.