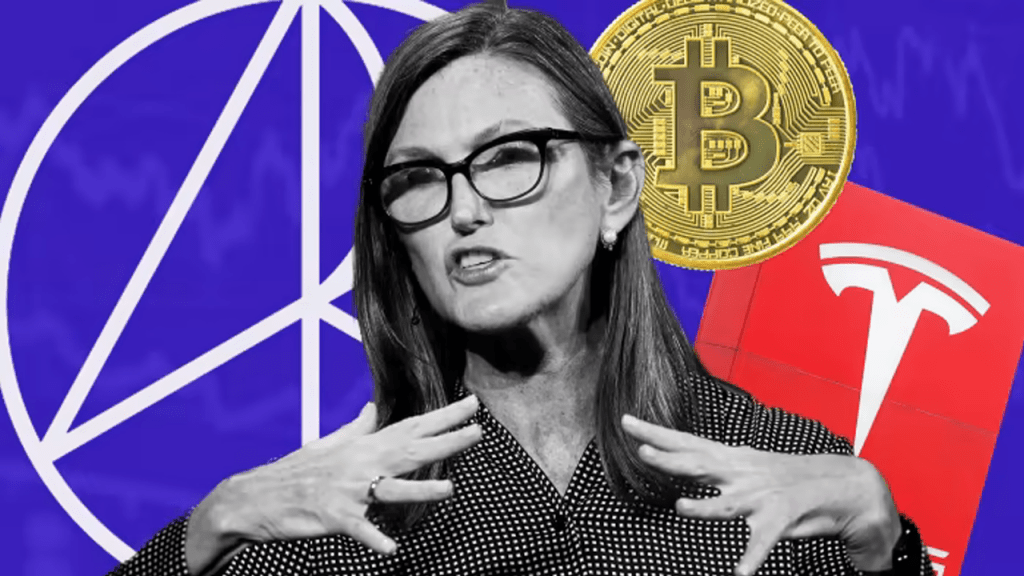 Cathie mentioned within a recent interview with Chris Hayes that, when looking at innovation, we have never been in this moment beforehand – the ground is already shifting. ARKs CEO mentioned how exponential innovation has already started led by five major innovation platforms evolving at the same time. These 5 innovative platforms of the new era includes: DNA sequencing, robotics, energy storage, AI and blockchain technologies. All of these technologies are converging with one another, and are within exponential growth curves. Excitingly, Cathie believes that these will deliver, over the next 10 years, a 30% compound annual rate of return.

Research suggests that one must go back to the early 1900s to understand the huge levels of innovation that are going to occur. To explain, within the 1900s there were 3 main platforms evolving: telephone, electricity, and automobile. These trends had irreversible benefits for society. Namely interconnectedness, transportation and increased commerce, as well as the inception phases of manufacturing and scientific development. From an investment standpoint it seems highly logical to assume that wise allocation of capital during these early-staged industrial revolutions can create exponential returns within markets.

The physical structures that power the world, such as, fossil fuels and automobiles are finally converging with the digital world now. Previously there has been friction in these areas, specifically within the context of an automobile. Cathie states that these areas will change for an array of reasons, because the technologies are ready – battery, AI and robotics are all converging simultaneously.

The digital and physical world is finally now converging due to decreasing cost curves. Cathie mentioned, within a contrarian manner how, the cost of ownership for EVs is lower today than that of a ICE vehicle. These costs declines are likely to continue – whereas ICE vehicles are not enjoying cost declines anymore due to major stagnation within innovations.

In conjunction with other innovative ventures Tesla is embarking on, solar roofs are also an area Cathie Wood believes will be majorly disruptive. ARK stated how Tesla & their solar roofs will change solar over time in more comprehensive ways. This is because the roof will be part of the house, and the holistic residential infrastructure. Wood mentioned how solar roofs eventually will become part of our mortgage.

Within a more controversial light, ARKs research has suggested that with the way the electrical grid is evolving, we could see Bitcoin mining becoming part of that set infrastructure. Cathie believes that to mitigate duck curves, and to handle the overflow of energy within these grids, the use of Bitcoin mining could accelerate the shift towards renewables as the whole ecosystem becomes more profitable over time.

China banning mining of Bitcoin has been helpful in this regard, Cathie said. This is because the US has now become the major beneficiary of this change. Utility ecosystems are looking for new ways to profit, and Cathie believes that Bitcoin will be accelerating the shift towards renewables.

Cathie states that many people are worried about AI, however part of the solution is to understand the problem. Since China wants to win at the AI game, this has caused more concern, and therefore has emphasised the importance of public conversation. Generally, from ARKs point of view, the firm believes that AI can solve problems and make the world a better place.

“Whilst technologies can be used for bad actions, having the Government focused on AI is actually good news.“

In terms of solving the worlds issues, AI can converge with a range of other platforms. This can enable drone deliveries and automated taxi systems to name a few. In the genomics space: DNA sequencing and gene editing in conjunction with AI can solve major issues in relation to healthcare, longevity of life and treatments.

In the case of blockchain, there are some interesting convergence of asset management and hedge funds. Cathie states we won’t be able to get away from AI, however once we get on the right side of change, we can then run away with the major benefits.

Cathie believes that Bitcoin is the most secure asset out there, as the first global private decentralised money system ever invented. Cathie states that if you ask the individuals of El Salvador, you can see this evidently. Recently the President of El Salvador had a conversation with the President of Turkey: this is because Turkey is going through a currency crisis currently. This has led to speculation in regards to the possibility of further adoption of Bitcoin globally.

The second revolution is the financial service industry: DeFi will solve the role of most financial services today. DeFi is a global movement that is not being governed. Regulators are now turning on DeFi – to investigate – however this is not an inherently a bad thing. This is because regulators want to protect the little guy and average investor to prevent fraud or corruption from occurring. Importantly, regulators in recent times, according to Cathie do not want to be blamed for blocking the next big thing.

The next generation internet revolution includes: NFTs – the first global private rules based property rights systems, due to the inherent scarcity and verifiability on the blockchain. Economic history tells us that the key to lifting people out of poverty is a property rights system that is verifiable and protected. This has led to speculation and thought over the importance of NFTs and blockchain verifiability within the context of economics and liberation of certain states.