How the Palantir-Ferrari Collaboration will Lead to Gold 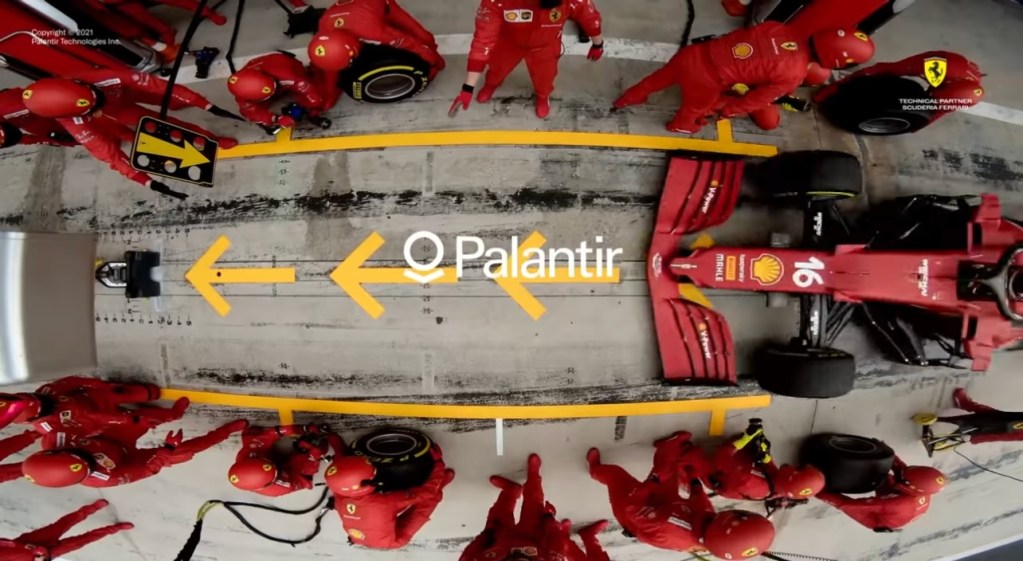 Ultimately, the profits of Ferrari ($Race) depend on the success of Scuderia Ferrari, their Formula One race team – a team which has not seen gold for 13 years. This stagnation creates a major risk for this prestigious luxury brand and automaker. However, this year, things seem different as their collaboration with Palantir is likely to be the key to unlocking the case for RACE.

With more than 70 years in the F1 competition and more than 11,000 cars sold in 2021, Ferrari is well known not only as an esteemed automaker but also an iconic luxury brand :

Accompanied by status, the label of being recognized as a luxury brand can allow companies to become “recession proof”, which is truly valuable to clients, management and shareholders.

During times of recession and fear of recession, luxury brands can be seen as assets and used as a store of value. For example, Ferrari saw a rise in sales during the financial crisis of 2008. Furthermore, it is almost a certainty that limited edition Ferraris appreciate in value after purchase.

The need of being deemed “recession proof” can be likened to the recent phenomenon occurring in the luxury watch industry. Over the last few years, timepieces from Rolex, Patek and Audemers Piguet, among others, have seen an astonishing rise in value regardless of the overall sentiment in the economy.

At the moment, Ferrari is a renown luxury brand, selling various branded items worldwide and arguably the most coveted automobiles in existence. The main advantage that Ferrari has over other luxury brands (Moncler, Hermes, Burberry, etc.), is their presence in the automotive world including the Formula One track. Success in F1 is the key to retaining Ferrari’s reputation as a prestigious, luxury brand and automaker.

As Formula One allows Ferrari to display their engineering excellence and appeal as a brand, this unique position can create headwinds if they do not continually prove their dominance on the track. This nagging problem has been looming for more than a decade and poses an increasing threat to the company and investors.

Between the years of 1999 and 2008, eight of the ten Constructors’ Championships were claimed by Ferrari. Ferrari.com summarizes the 2008 championship as follows:

The 2008 Title : In a Championship where the main novelties were the introduction of a simplified switchboard, which was the same for all the teams, the elimination of the traction control, higher lateral protections, a gearbox lifespan of four races in a row, the Scuderia defended the World Title, putting the F2008 on the track. At the end of an equally intense season like the previous one, Ferrari won the 16th Constructors’ Title with 8 victories (6 Massa, 2 Raikkonen), 8 pole positions and 13 fastest race laps.

The Case for Race using the Digital Twin

Ferrari will need to get back to their winning ways in order to preserve and grow their identity. Enter Palantir :

“We take that raw sensor data and model it into a digital twin that maps the data to the real-world concepts engineers understand and think in intuitively, like vehicles, drivers, laps, speed, and pressure. ” – Bianca Rahill-Marier, Commercial Lead at Palantir Technologies

The white-paper : In 2020 Palantir released a white-paper explaining the Palantir-Ferrari partnership. The white-paper states that Palantir Technologies has been partnered with Scuderia Ferrari since 2017 in order to “integrate and analyze performance data so that engineers are empowered to continuously interpret and analyze it.”

Formula One is a data-driven sport and the volume and complexity of data increases every F1 season. The white-paper elaborates on the usefulness of building a Digital Twin through data integration, as stated in the following excerpts:

Gathering data is nothing new to the sport of F1 but the growing volumes of data generated have historically been stored across siloed systems. Pete May, Head of ERS Design and Development at Scuderia Ferrari explains that this constructed labyrinth of data from disparate sources is difficult to navigate and use efficiently. May states that F1 engineers are inherently driven by data and the importance of being able to make the right decisions in a time efficient manner:

“The most important commodity in Formula One is time…You achieve the most by arriving with technical solutions in the quickest possible time…There’s a huge competitive advantage to being able to make decisions quickly.”

Furthermore, as engineers across functions make decisions, the platform captures the results of the decisions centrally, thus creating a learning loop between the data, the decisions made by engineers, and the outcomes, so that subject matter experts can continuously improve the quality of their decisions over time.

Extracting Value from Data : In a recently created Palantir video, Marco Adurno, Head of Vehicle Performance of Scuderia Ferrari explains that a core strength of the Palantir platform is its ability to process lots of data in near real-time. The platform allows the Ferrari team to analyze the data in order to find patterns and extract value.

Moreover, Ferrari has lots of data to organize, fit and correlate. Their data complexity increases as a results of the varying race factors over the years (i.e: weather, track conditions) . Paolo Crespiatico, Chassis Operations of Scuderia Ferrari, explains that working with Palantir changed their perspective on data analysis :

“What previously could have been done in hours of calculation, can now be done in a very short time. It is very easy for us to take decisions and interpret the data quickly.“

Renewed Partnership : In February of 2022, Ferrari published an announcement regarding the renewal of their partnership with Palantir. The article stated that “Scuderia Ferrari and Palantir are united in their pursuit of excellence”.

After a 5 year partnership with Palantir, and a newly designed car, which Ferrari has been working on for years, in order to meet the new 2022 regulations (link in reference section), it seems that the tide is finally turning in favour of the Italians. They currently sit in first place of the Constructors’ Championship before heading to Miami in May. After 6 races of the 2022 season, the Scuderia drivers, Charles Leclerc (Monaco) and Carlos Sainz (Spain) currently sit in first and fifth positions in the Drivers’ Championship, respectively.

Ultimately, this 22′ season could be a major turning point for the growth and success of both companies. With 18 gruelling races left to be won, there is much for the Ferrari-Palantir collaboration to conquer.

Potentially, this collaboration could lead to the dominance of each company in their respective industries and could be a major catalyst for their ability to become “recession proof”.

Below is the percent change in 4 key metrics of $Race from 2019 year-end until 2021 year-end. The stock price has seen a 50% increase in this same time period.

According to the following two (2) slides presented during Q4-21′ earnings, Ferrari’s :

Below are more key performance metrics and reconciliations of Non-Gaap measures for the Full-year of 2020 and 2021.