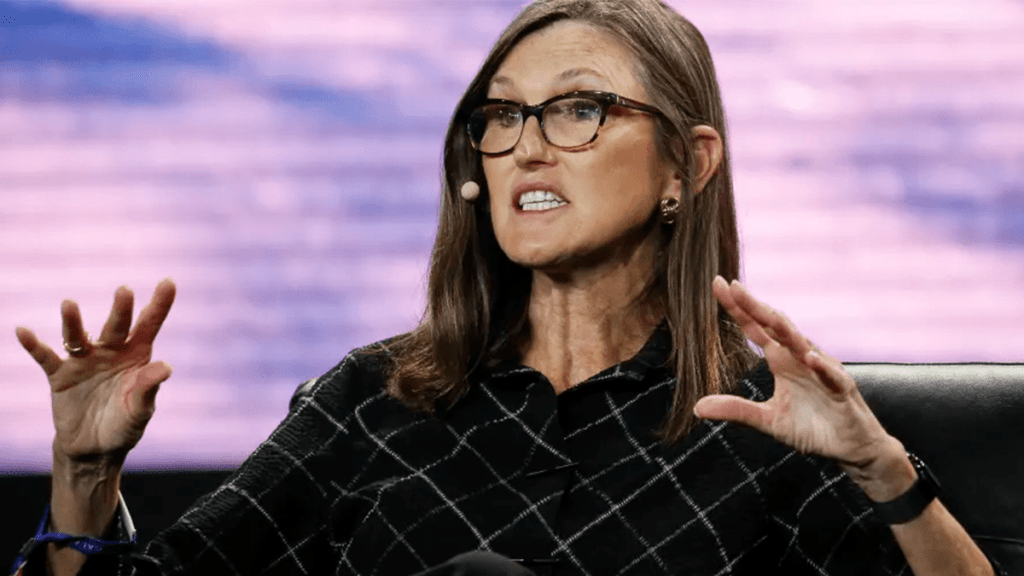 ARK Invest CEO, Cathie Wood, explains her optimism towards innovative investing within public markets. Cathie stated within her recent upload to YouTube how, these innovative trends are occurring at a rapid pace, these trends are unstoppable and have just been unleashed.

The CEO mentions how innovation is solving way more problems than beforehand, now there are actually even more opportunities for innovation to perform. However, Cathie states how public markets have not recognised this concept yet, and therefore innovative funds have been slashed.

Many investors have stated that there are similarities between now & the dot-com bubble, however ARK disagree: “we couldn’t be further away from the tech-and-telecom-bubble.

Interestingly, this is in line with our thesis at Darntons. We believe that, within the past 10 years, there has been an unprecedented, and previously unpredictable move towards digitalisation. This trend is often referred to as the inception phases of industry 4.0 – or also known as the next industrial revolution.

There are currently non-trivial examples of innovation producing amazing results. One example is through the Human Genome Project, in which has experienced a DNA base sequencing cost decline of more than 700,000 gold since the inception of the project. This therefore, has validified the view that innovation can produce exponential results within public markets. The idea of innovative investing is closely tied with Wright’s Law, which is a hypotheses that there is a “20% reduction in cost, when production doubles”. In so far as 1000 units have been produced, the cost per-unit decrease by 20% when production reaches 2000 units. Another 20% reduction is apparent at 4000 units, and at 8000 units, and so on. This idea states that cost decreases as a power law of cumulative production.

Excitingly, MIT state how through Wright’s Law, there is a strong tendency across different types of technologies, not just solely within the context of manufacturing a tangible good. This has led to conclusions from commentators that there is an ability for super-exponential improvements for technologies over longer time spans because through new inventions, as cost decreases, output still rises, leading to a flywheel of innovation.

Taking a glance back to the early 2000s, within the investing scene, the dot-com bubble created one of the worst crashes Wall Street has seen to date. This crash was mainly due to the internet-craze – in other words – the ungrounded hype created through perceived innovative companies. Certain companies that were perceived to be highly innovative and thereby warranted a potential investment included Pets.com.

Pets.com was based on an Amazon-styled internet buying system, in which users ordered pet supplies online, and the company arranged the delivery. Whilst there were evident red flags for the business, including the economically unviable shipment of animal food and accessories, investors disregarded these claims – and pushed the stock higher. Pets.com completed their IPO, raising over $82.5M in 2000. Shares debuted at $11, however after failures to produce earnings and viable revenue, the company declared bankruptcy, and stocks traded at a low of $0.22. There is an array of evident examples within the Dotcom bubble, in which innovative companies were misrepresented or perceived in a wrong manner. We believe that this has left deep scars unconsciously within the minds of investors when it comes to innovation. This means that, often traditional investors are overly pessimistic on innovative companies within markets, and we believe that this results in huge unrealised inferior investment results – through the disregard for innovation.

Overall, society is dynamic and changing. The past hype surrounding innovation should not be a precursor for trivialisation in regards to innovation now. Innovation has been present within the past 3 industrial revolutions, however now we are entering a fascinating period in which – innovative companies will produce exponential growth at a rate previously not seen before.

“Labour shortages still is an issue” – companies now are taking on labour whilst GDP is negative said Cathie. Because companies went through such hard times, “businesses are now hoarding labour”. This is similar to inventory building. For both reasons – we are seeing a margin squeeze. Innovation solves these issues proclaimed Cathie.

In terms of innovation solving these issues, one can automate more in which will aid solving labour shortages. Furthermore, robotic automation can solve issues in order to create efficiencies she said. Furthermore, due to China’s zero-COVID-policy, this has caused more disruption for supply chains. Cathie posited forward the view that innovative will solve these issues through automation and data-usage. Likewise, when looking at the conflict in Ukraine, with food and energy prices soaring, EVs will take the edge here, and therefore transition the world towards sustainable energy. Interestingly, Cathie Wood mentioned how an interesting inflection point has been hit – namely the inflection point in which consumers are now preferring EVs over ICE vehicles slightly. Longer term this is likely to bring prices down said Cathie.

Cathie Wood stated how: “the move towards electric mobility is unstoppable and occurring at an unstoppable rate”.

Within risk off periods, due to inflation fears and higher interest rates, this has forced investors to diversify back into their bench marks. In doing so, according to Wood, these retail investors have majorly sold innovative stocks. An example of this is clear, through TSLA, which actually has held up much better than other innovative stocks. This is because, last year TSLA was placed into the S&P – and these specific indexes have held up thus far.

However, interestingly said Cathie, the S&P has 28% exposure towrads technology – but we do not think that these technology stocks in the S&P will participate in the transformational change towards innovation within the future.

As a catalyst to the current market fears, the algorithms and analysts have understand investor psychology during these risk-off periods, and therefore the sell off has been accelerated.

Aggressively, ARK Invest are looking to publish a paper that confronts the bears of ARK Invest. ARK want to establish the differences between fundamentals now, and those that were birthed during the tech-and-telecom bubble.

ARK Invest as a fund will see revenue growth – using conservative consensus estimates – upwards of 20-30% revenue growth annually within the next 2 years. ARKs expectations are higher than these estimations by analysts, however this conservative estimation gives validity towards ARKs strategy. “This is a long way away from negative” said Cathie Wood.

Many people criticise ARK due to lack of real earnings, however many of these companies are investing aggressively now, to ensure that they can capitalise on some of these major innovative waves.

Cathie has never seen as many opportunities within innovative investing as she does today.

Disruptive innovation which is now valued at 10T dollars in public markets, which is roughly 10% of the global equity market cap, is believed to scale to 210T by 2030 – indicating the utter up rise within innovative companies within public markets.