Why The Creator Economy Will TRIPLE By 2030, ARK CEO Explains. 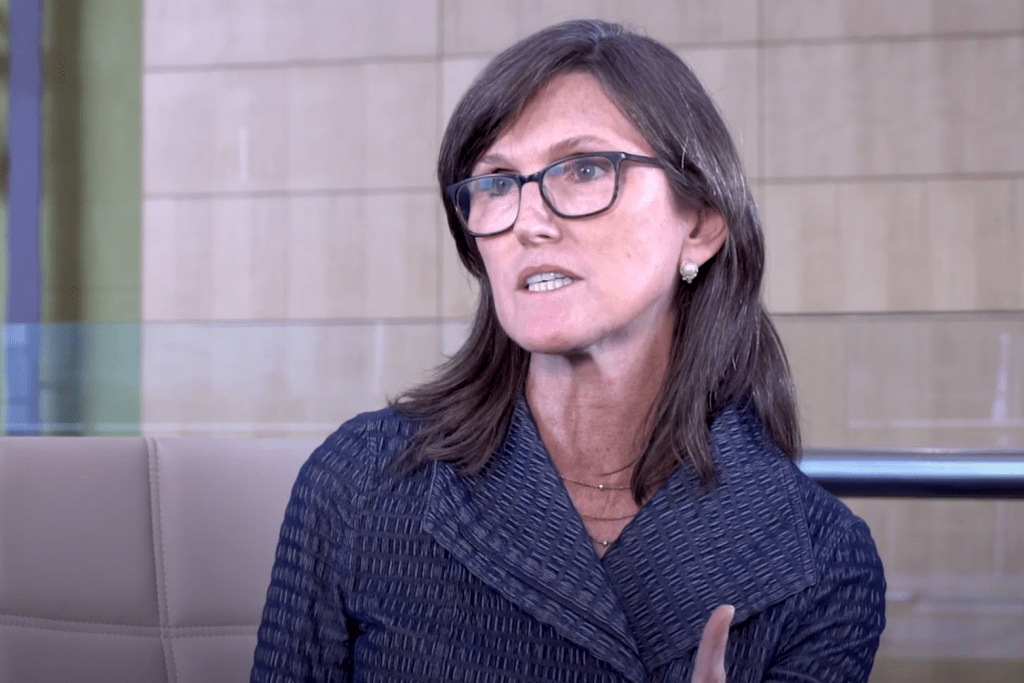 ARK Invest On The Future Of Digital Consumption:

Interestingly, within the US, e-commerce adoption scaled from less than 5% of total retail sales in 2011, to nearly 14% in 2021. This remains significantly lower than the worldwide average of 19%, and far below China’s 44%.

ARK Invest mention within their latest report that they believe e-commerce will continue to increase towards China’s 44% penetration over the next five years. This is likely to accelerate the closing of brick-and-mortar closures.

The creator economy uptake has been one of the most revolutionary trends within the past century. Interestingly, the YouTube creative eco-system contributed towards $20.5B to the American economy, and supported over 400,000 jobs in 2020. This economic impact, according to Oxford Economics can show up in four ways. Namely through, direct, indirect, induced and catalytic benefits within the economy.

When looking at estimations for the creator economy by 2024, reports state that by 2024 there will be over 168,826,322 small companies on social media. Furthermore, the amount of Instagram accounts with more than 10K followers will reach upwards of 102,102,525, and the number of WordPress publishers whom earn income from their websites will scale towards 6.5M. These figures indicate the utter infancy of the Creator Economy, therefore validifying the investment thesis by ARK on digital advertising markets.

Interestingly the Indian digital economy has surpassed all predictions:

COVID was an evident catalyst for the creator economy, leading to unprecedented digitalisation and adoption of digital models across industries. The overall creator economy pool and consumption pool expanded majorly during COVID – as individuals recognised the importance of building an online identity, and turning these skills into a livelihood or secondary income stream.

In terms of estimations, the figure is around $50B today – however Sima believes this figure is conservative.

Overall, there are major indicators pointing towards growth of the inception phased creative economy. These indicators include the overall increase within spending via the content consumed on social platforms. Within the US, 48% of all internet users aged 18 to 34 brought something via social commerce in 2019.

ARK Invest On The Future Of Digital Consumption:

Nicholas Grous, an analyst at ARK Invest, explained recently within an exclusive interview the utility of a WEB2 eco-system & how this can lead to potentially disruptive investment opportunities.

On a global level, 38% of our free-time is spent online says the analyst, This will continue within the next decade, and ARK predict that by 52% – all of our time will be spent online.

Social platforms command a huge amount of attention, and never beforehand have we had platforms that can scale at this rate globally. As a consumer, there is an instant connectivity ability on these social media platforms. The multi-purpose functionality is vital for social media growth in the future.

Using a connected network to aid selling of products is becoming increasingly common.

Some of the biggest drivers of why a consumer would buy one good over another is based on friends and family preferences. Social commerce takes this ideas, and now acerbates it to billions of users.

Multi-purpose social platforms are present within China specifically. A new paradigm in which ARK believes will disrupt the current social media scene is the ideology of social commerce – the ability to purchase items via social media. This industry is projected to reach upwards of $363B in 2021. To understand the importance of this new paradigm, Viya one of China’s most popular influencers, livestreamed to over 149M viewers on Alibaba Taobao Live platform during the two-day shopping Chinese event.

To understand the opportunity available, social commerce in China 2021 reached $363.3B, whereas the US has only achieved a sale size of $36.1B within 2021.

Our research has indicated that in response to the emerging opportunity, media and entertainment companies are increasingly integrating purchases and payments capabilities in conjunction or independently. A great example of this is via Shopify and TikTok whom have established a partnership where Spotify merchants can deploy shoppable video adverts on TikTok.

Within risk off periods, due to inflation fears and higher interest rates, this has forced investors to diversify back into their bench marks. In doing so, according to Wood, these retail investors have majorly sold innovative stocks.

However, interestingly said Cathie, the S&P has 28% exposure towards technology – but we do not think that these technology stocks in the S&P will participate in the transformational change towards innovation within the future.

As a catalyst to the current market fears, the algorithms and analysts have understood investor psychology during these risk-off periods, and therefore the sell off has been accelerated via potential manipulation.

ARK Invest as a fund will see revenue growth – using conservative consensus estimates – upwards of 20-30% revenue growth annually within the next 2 years. ARKs expectations are higher than these estimations by analysts, however this conservative estimation gives validity towards ARKs strategy. “This is a long way away from negative” said Cathie Wood.

Many people criticise ARK due to lack of real earnings, however many of these companies are investing aggressively now, to ensure that they can capitalise on some of these major innovative waves.