How To Profit From Betting On The Bright Future.

By Ondrej Slunecko18th May 2022 More No Comments7 Mins Read 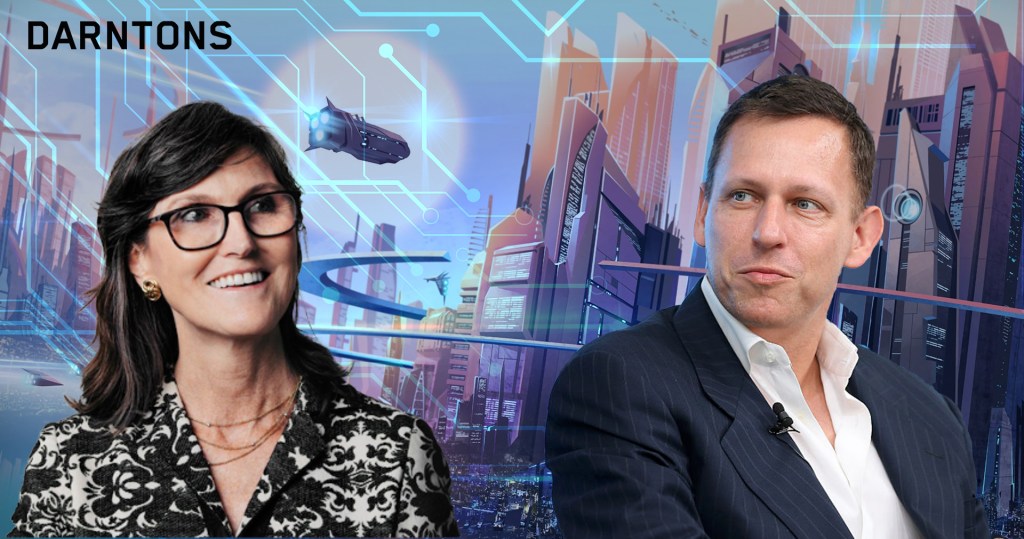 The Future Of Innovation:

The future is uncertain and determined by the actions of individuals. This is influenced by our perception and willingness to take the outcome into our own hands. Future is the culmination of present actions and requires vision to be aimed towards, otherwise, we act like a blind man going through the forest. The ultimate goal is deterministic optimism.

As Peter Thiel outlined in his lectures and summarized in the 2 by 2 matrix below, there are different socio-economic stances toward the future.

The Ideal Future For Innovation:

The ideal quadrant is in the upper left corner, the deterministic optimist has a plan, vision, and belief the future can be made better. And they act upon that plan. The future is carved by action. By individuals and companies that work tirelessly day in and day out on improving the current situation. Companies that bring something new to the table and are focused on a singular mission of enhancing the deterministic optimism.

The indefinite optimist is bullish on the future as well, however, they either lack a plan or are uncertain about the most probable outcome and thus diversify. Stumbling from one possibility to another. Investor of that kind has a basket of companies, too afraid to commit to a concentrated portfolio. Lacking clear vision, this may to some extent lead to misallocation of capital.

The definitive pessimist has a vision of the future, however one that is darker than the present. Focus is laid on tangible results and control due to fear of things getting out of hand.

And finally, indefinite pessimist has a negative view of the future and has no idea what to do and how to fix it.

Each quadrant can be exemplified by a different part of the world and epoch. The combination of optimism and determinism was most apparent in the US around the third quarter of the last century, the era of the man on the moon. The aspiration is to make the future better. However, coming closer to today it changed to indeterminate optimism.

China is an example of pessimistic determinism, the stuff is getting done, but without prospects of a brighter future and hope.

Europe is an example of indeterminate pessimism, focused on conservation and maintaining the status quo. The best days are over, and it is unknown what to do about it. Overburdened with a bureaucracy the GDP growth since the beginning of the century has been relatively flat, while the US is still steaming ahead.

Unfortunately, most of the outcomes are often self-fulfilling prophecies, so it is upon us to correct our direction, can this zeitgeist be shifted back to optimistic determinism?

The results of this decade will be amplified by the exponential growth of technology. According to research by ARK Invest, there are 5 main innovation platforms. Artificial Intelligence, Robotics, Energy Storage, DNA Sequencing, and Blockchain Technology. Among those 5 platforms are 14 trans-formative technologies (see graphics above) on the verge of an inflection point with the cost dropping and unleashing the demand across sectors, geographies, and creating synergies. That being said, as with all and any rebirth and restructuring of systems, there will be many losers as well as groups of winners that will shape the reality as we know it.

Autonomous mobility will allow optimizing driving experience, improving the allocation of our most scarce resource, time. It will also make traveling significantly less expensive which, in theory, might stimulate demand. In conjunction with mobility goes battery technology which is rapidly progressing over the past few years alongside EV development as well as a need for reliable energy storage for domestic and commercial use. Tangentially connected to mobility is also AI, with Tesla and Nvidia as the biggest representatives of the industry.

Blockchain and digital wallets form a formidable pair that can disrupt existing banking thanks to ease of use and access. Through mobile devices, the world is at everyone’s fingertips regardless of territory.

Additionally, progress in robotics has been accelerating thanks to AI improvements, which will likely lead to significant improvements in manufacturing, driving the cost of goods and services lower over the rest of this decade as a massive deflationary force.

Health-related technology is also in the spotlight these days, albeit encumbered with regulations since the disruption to human lives and their bodies is a serious manner that deserves an extra level of caution.

Altogether, ARK believes that historians will look back on this time and acknowledge it as the point when everything changed.

If ARK is even remotely correct it is ever more important to make sure we are aimed correctly and can extract as much value as possible from the technology we are working on. It is crucial to make sure the smartest people are working on the most complex problems.

Two companies that exemplify this notion are Tesla and Palantir. Both are extremely innovative across multiple domains they operate in, with a unique company culture that empowers employees to make educated decisions that are aligned with the bigger goal, deterministic optimism.

Both of those companies are known for their use of Stock-based-compensation which is the simplest tool to align the incentives, however, the deeper, more human aspects cannot be discounted. As a classic would put it, the goal of an organization should be to hire the smartest people and get out of their way. When employees are empowered to work on a meaningful and challenging task, while given a meaningful degree of autonomy, most of them thrive.

As Tesla highlighted in their presentation deck, in 2021 alone, more than 3 million people applied for a job. Over the past years, Tesla was able to set up many teams, essentially smaller companies inside a bigger organization, such as the AI team. Tesla believes in building things from scratch. The optimal solution is not burdened by the past or the “things are usually done like this” principle.

Similarly, Palantir seeks to obtain the top talent to work on the most complex systems known to mankind. The mission is the reward. The impact one can create is the victory lap.

We Are Always At The Beginning Of The S-Curve:

In the world of innovation, an S-curve is the common evolution trajectory of new technology or product. Initially, early adopters back the product or service and help to build the momentum. A steep ascent follows as the majority wants to change to the new and exciting. Towards the end, the curve levels off sharply, as the adoption approaches saturation.

Being innovative means constantly reinventing and putting yourself at the beginning stage of the S-curve, riding it upwards while figuring out adjacent or bigger S-curve to continue on later. For the innovative companies, that is the standard mode of operation, having a plan for the next 3-5 years ahead at a minimum. Traversing the S-curves across different domains.