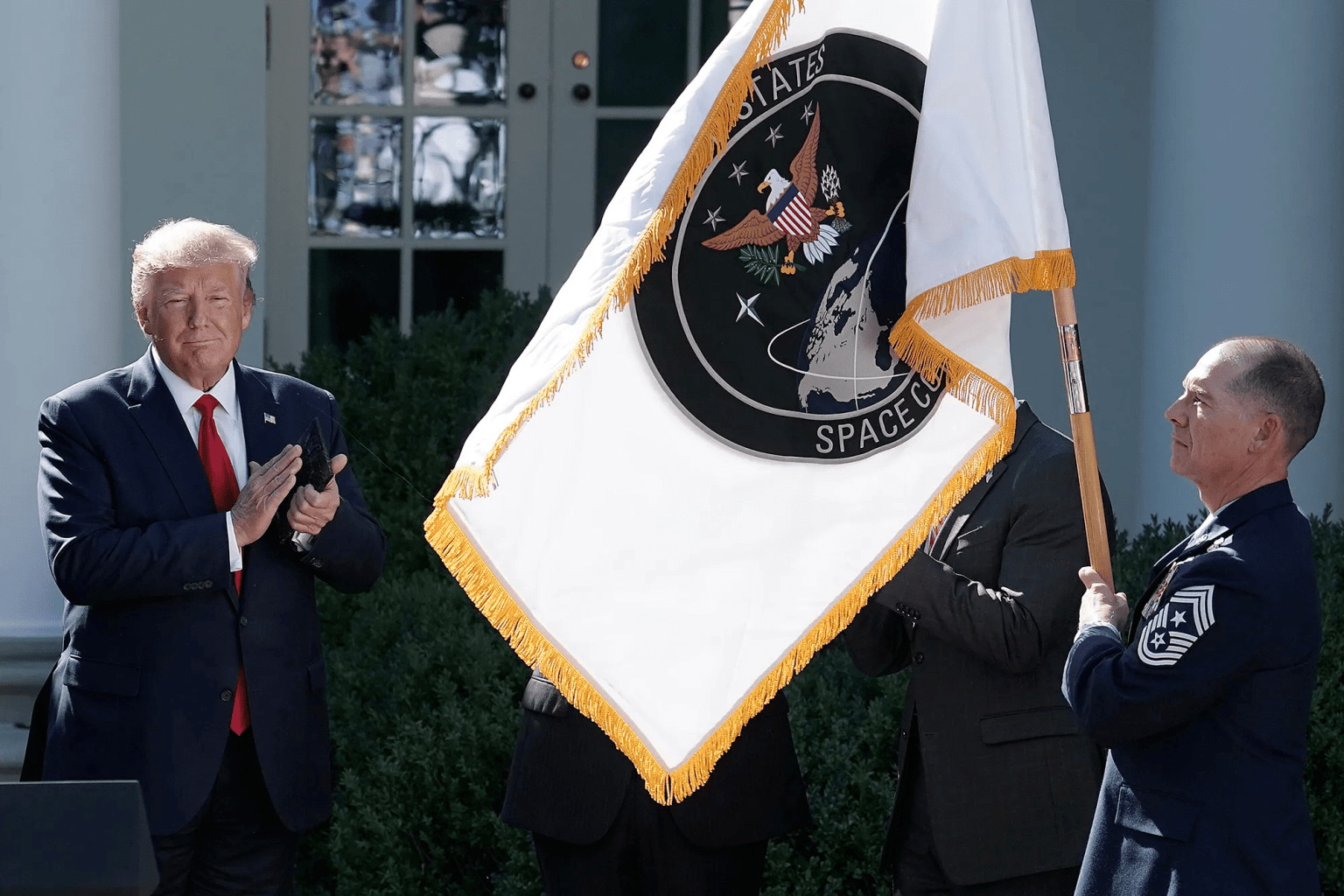 Palantir To Majorly Benefit From Increased Spending Within US Space Force.

The West Is Behind On Cyber-Security:

Why Government Spending For Palantir Is Likely To Increase:

Space Force “Calls Out” US Government For Delay Within Budget:

The US Space Force plans to add three more new intelligence squadrons in the next two years, said Gen Stephen Whiting, a commander of the service’s Space Operations Command. Furthermore, these additions would double the number of squadrons in Space Delta 7, whom are currently working on missile warnings and defence, electronic warfare, and research and development.

A reason as to why, innovative software company Palantir will majorly benefit from this increased emphasis on the Space Force is due to their data-centric work the Space Force currently work on. To describe, Whiting said, “think of missions like space domain awareness, electromagnetic warfare, missile warning, operational-level command and control, defensive cyber capabilities, intelligence, surveillance, and reconnaissance, satellite communications, precision, navigation, and timing, orbital warfare—and then we also run the bases from which we operate.”

This shows the importance of adding more intelligence activities, in which would contribute to the command’s priority of being cyber security, said Whiting.

As stated within previous reports the West & the US specifically has a major disadvantage within the context of cyber-security, and cyber-attacks.

The West Is Behind On Cyber-Security:

Nicole Perlroth, a cyber-security lead, stated recently within an exclusive interview with Lex Friedman that we are entering into a dangerous period in regards to cyber-crime & digital attacks by Nation States. Nicole stated that any geopolitical conflict from now on, is guaranteed to have some cyber element to it. Nicole went on to proclaim that, the DOJ within the US recently released a report showing that China had been hacking into US pipelines – not for intellectual property threats – but to get a foothold if things escalate in Taiwan. Any time Nicole reads a report regarding physical aggression in war, she is always looking at this through a cyber lenses.

Within the context of cyber-security of the West, and the overall emphasis on cyber-warfare within recent time periods, according to the US Government there is a majorly low barrier to entry in regards to cyber warfare. This poses major challenges in regards to national security, and commercial security for the West.

Whiting did state that, intelligence is the area in which the Space Force has made most progress since creation back in 2019.

“When we stood up the Space Force, we went all around the U.S. Air Force to find all the places that intelligence was being done, either for space or from space, and we brought all of that in, in partnership with the Air Force, and it all transferred over to the Space Force,” Whiting said.

That formed Space Delta 7, the command’s intelligence, surveillance, and reconnaissance delta, which has detachments that embed within each of the command’s other numbered deltas.

He said the plan to add three more intelligence squadrons is “all fully funded—all the budgets are already in place.”

Why Government Spending For Palantir Is Likely To Increase:

Interestingly, investment firm Piper Sandler says, “Palantir should continue to see growth in its U.S. government business as it broadens its footprint across agencies and as its largest customer (Defense) is expected to grow further”. The investment firm state how, Palantir has gained more traction with agencies beyond defence, such as VA and DOE, which will provide ongoing upside.

It can be logically stated that in consideration of Palantir’s ingrained work with Governments, and their supernatural product capabilities, Palantir is likely to experience more spending within the context of the US Government. This is because, as the requested discretionary budgets for the Department of Defense are expected to increase 5% in FY2022 and another 4% in FY2023, on-top of this is the emphasis on Space expansion via the US Space Force.

Piper Sandler also believe that, the on-going war currently could be a major catalyst for the DOD to improve technologies for the future. Interestingly, Piper examined the budgets in depth and found that, there is a heavy emphasis on AI, LM, IT and software programs. Piper Sandler believe that, the amounts for these requested items will continue to increase in FY22 (+27% y/y), and FY2023 (+12% y/y). Piper proclaimed that, new requests in FY2022 that weren’t included in FY2021 include ~$212M for AI and ML research and ~$83M for the Tactical Intel Targeting Access Node (TITAN) program, which PLTR has been selected to compete for.

The interesting nature of Palantir’s business model & product solution means that often over time their contract sizes grow substantially during a set period. It is likely that Palantir could experience exponential growth curves within the context of contract sizes for the inception phased Space Force. An example of this occurring previously was with the Air Force.

To explain, there was previously a small contract with the Air Force from 2010-2013, which consisted of four contracts worth $226K each. However, this scaled majorly within the past few years. The data shows that in April 2020, Palantir signed a contract to license Gotham platform to the Air Force for six months, costing over $2M. Following the pilot program Palantir signed two contracts with the Air Force worth nearly $20M to provide the agency with COVID systems. “By 2021, the partnership grew to a two-year, $91.5M contract in which PLTR was to provide a data platform for the Air Force to manage resources for its COVID-19 response and coordinate decisions for joint all-domain operations.”

“Palantir and Satellogic launched our first Edge AI-enabled satellite into space as part of the SpaceX Transporter 4 mission. Incorporating Palantir’s Edge AI technology onboard Satellogic’s NewSat will allow us to begin processing imagery data on orbit, separating signal from noise in high-scale data to make the best use of limited bandwidth and enabling more opportunities for customers to gain near real-time data at scale” said Palantir within a recent blog.

There is a major incentive for Palantir & the West to gain a lead in space not only from a Governmental point of view, however also within the context of a commercial client expansion:

The reasons are due to, Western Defences in the case of war escalation, the use of Edge AI innovations, and the overall explosion of commercial interest within space.

Space Force “Calls Out” US Government For Delay Within Budget:

As stated beforehand, the Space Force is projected to gain a 36% increase over 2022 within budgets for 2023. Any more CRs would majorly delay these funds, in which can deter the growth of the service, indirectly also creating volatility in terms of contracts for companies like Palantir.