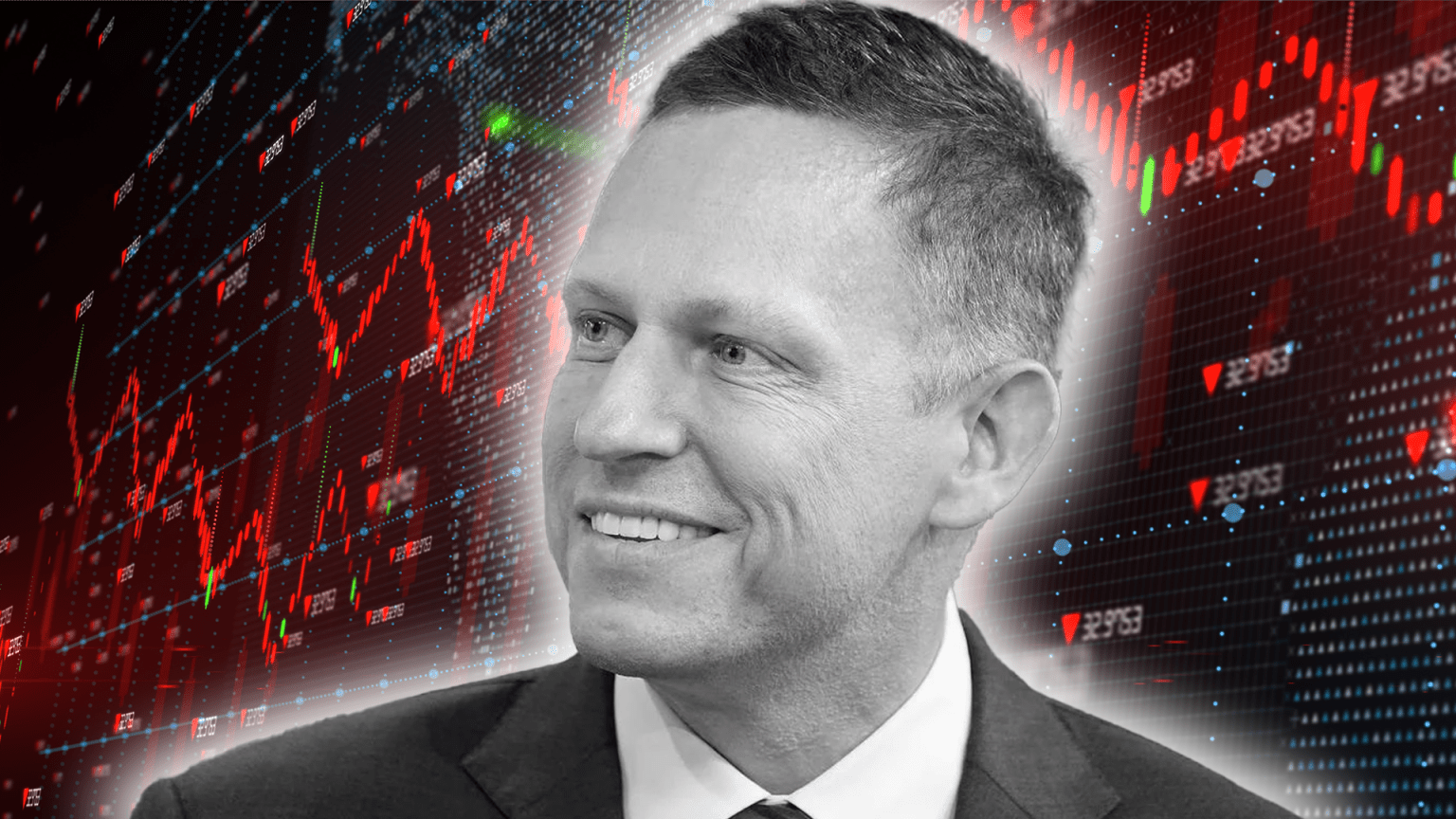 Piper Sandler Explain, Why Palantir Will Benefit During This Recessionary Period.

COVID As A Catalyst For Innovation:

“This inflation will be very hard to dislodge” – commodities, real estate, and tangible assets will do much better than the financial markets for the next few months, says Cathie from ARK Invest. ARK admits that they anticipated a very difficult world beforehand, however perhaps underestimated the time period of this inflationary period.

Nancy Lazar, Piper Sandler’s Chief Global Economist states that there are many drivers for economic activity, the two most important being monetary and fiscal. “We are now in a period in which economic activity is starting to slow – and now the FED is starting to raise rates in conjunction too.” This has led many investors towards the conclusion that a recessionary period is highly likely.

Cathie Wood states now, “Europe is likely in a recession”, as well as China. There is a “viscous cycle” currently on-going, she said.

“Fiscal policy was really aggressive”, and Government spending exploded. This led to two years of very aggressive stimulus in which now seems to be taking a toll on the economy.

The FED is tightening into a period, in which fiscal policy is more of a headwind that the FED proclaimed the Piper Sandler economist.

Nancy Lazar, from Piper Sandler, revealed her thoughts in regards to inflation, stating how, as we move into June & July, there will be a shift down in inflation as companies have such large amounts of inventories, & these companies need to get rid of their stock. “Target inventories were up 42%, which is the highest figure seen before.” This increase within inventory levels has been seen evidently across the board, leading to the conclusion that eventually these companies will need to bring down prices to liquidate inventories.

Inventories seem to be majorly higher, in comparison to sales, after companies potentially double-ordered, after the COVID crisis. This has led to a 40% surge in consumer good imports. The common consensus is that Walmart, and larger retail companies will need to roll-back prices in order to shift this inventory.

COVID As A Catalyst For Innovation:

For example during COVID, there were some major catalysts in which prevailed innovation to succeed. For Palantir, it seems to be that these COVID catalysts have benefitted the company longer term, instead of solely being “one-off” contracts.

Piper Sandler interestingly mention that, COVID was a major catalyst for Palantir, and this is going to have “long-term benefits”. Piper Sandler however state that, due to the COVID catalyst, this has majorly benefitted Palantir across the Government. This perhaps relates to Palantir’s stickiness as a software solution.

Palantir, for example, was fundamental towards the British vaccination roll-out, in which was commonly deemed as one of the greatest vaccination roll-outs to date. This therefore has led towards a deep relationship between the NHS & Palantir within recent periods. “The NHS is working with US software firm Palantir to help reduce the backlog of patients waiting for elective care after the pandemic. Palantir’s Foundry operating system is due to be rolled out across 30 hospital trusts this month, following a recent pilot at Chelsea and Westminster Hospital Trust. Chelsea and Westminster Hospital’s digital solution, developed by Palantir, makes information such as the total number of patients waiting by clinician, theatre scheduling, staff rostering, and patient pre-med tests, available on a single platform.”

Piper Sandler states how, “key government agencies, such as the CDC, NIH, FDA, and Air Force, as agencies rapidly adopted technology to track cases and resources during the pandemic. These initial use-cases likely acted as a catalyst for further adoption; for example, Air Force expanded its contract to include broader operations efforts.”

Interestingly, once Palantir does integrate themselves within organisations, it can become very difficult to remove the software solution solution based on monetary and non-monetary switching costs. Piper Sandler successfully demonstrates the utility of Palantir’s software solution, and the fact that Palantir has a sticky product offering. “PLTR has maintained long-lasting relationships with government customers. PLTR has maintained relationships and contracts with the Army, Navy, U.S. Special Operations Command, CDC, ICE, and FBI for at least 10 consecutive years each. We believe these long-lasting partnerships demonstrate both the usefulness of PLTR’s platform and high switching costs once embedded.”

To add to this, in consideration of the fact that Palantir has recently launched their product update, Gotham Europa, this shows Palantir’s ambitious attitude to integrate their software more aggressibley across European nations.

The sole philosophy of Palantir is centred around the ideology of data empowerment at the highest level. Via data empowerment, and driving the upmost utility from organisational data, this can lead to efficiencies, productivity improvements and overall costs being saved.

For example, the Rio Tinto & Palantir case study, portrays this perfectly: “This partnership is an important step in our digital transformation; enabling fast-paced, forward-looking decision making across our operations leading to improved results in safety, cost and production,” says Fay Cranmer, Rio Tinto’s CIO. “We are excited to work with Palantir in the collaborative delivery of digital products, with best-in-class data technology.”

More tangible figures point towards evident productivity improvements: “in the three months preceding the completion of the excavation stage, and after a pause in work necessitated by COVID-19, Rio Tinto deployed Palantir Foundry to help achieve a 150% improvement on its excavation rate (measured in meters daily) – a significant productivity improvement. Palantir Foundry has helped the Kemano site teams improve their operational processes – with ring-build times significantly reduced by the end of the project and materially decreasing excavation delays by optimizing cycle times.”

As per the words of Cathie Wood from ARK Invest, she states how within the industry of retail goods, due to higher energy & gas prices, individuals are less likely to travel towards physical retail stores. Instead, says Cathie, consumers are moving towards more innovative models of buying goods, for example online stores & services. This is arguably one example of innovation solving issues within society.

However, whilst this argument does have validity, there is also the concern in which has been prevalent within recent times. Namely, the inability for Palantir to successfully portray their value towards organisations. Doug Philippone – Head Of Defence at Palantir –  stated how there are unique problems within selling software. Often it is hard to tell if software actually works. Commonly present is the miss-match between a casual observer understanding if the software functions or not. This can become problematic for software companies – if these companies are unable to showcase their product in real-time.

Therefore, this is a major issue that Palantir investors must watch out for, specifically the inability to sell their product offerings.

Furthermore, in consideration of the challenges associated with understanding if software works properly or not, there is the danger that organisations during these potential recessionary periods would cut-back spending overall, making it much harder to enable Palantir to successfully integrate their software solution into the business – especially due to the high costs associated with their product offering.

When looking at debt, Palantir currently has no outstanding debt within the organisation. One of the first impacts recessions have on businesses is the tightening of credit conditions. Early in a recession, interest rates may rise initially. Still, throughout the recession, standards for lending in the market tend to be tighter, and lenders are more selective of the risks they are willing to take on at any interest rate.

The reason as to why it is important to understand the debt levels of a company is because, within a recession, the company’s ability to service its debt may also be impaired, resulting in defaults on bonds and other debt and further damaging its credit rating. If the company’s debts cannot be serviced and cannot be repaid as agreed upon in the lending contract, then bankruptcy may ensue. Even large businesses may face difficulty turning over their debt, which most are dependent on to finance ongoing operations.

Whilst there is reason to be concerned in regards to the recessionary period ahead, as well as Palantir’s high levels of investment within early stage SPAC initiatives.

Palantir has invested over $450M within SPACs over the course of the past year. Whilst the COO has mentioned how this investment program will no longer continue, there is still concern in regards to the utility of the program. Palantir, since inception, have battle-tested their software within the context of intelligence agencies, and the Governmental sphere. We believe that this initiative was paramount for the success, and viability of Palantir’s’ current products. This is because, throughout the Government sphere, Palantir over an 18 year period were trailing, testing, and adapting their software within some of the harshest conditions possible.

The philosophy of SPAC indicatives is very similar, if not identical. This is because, through the SPAC initiatives, we believe that this is a methodological approach for Palantir to test, trial and adapt their software to the needs of smaller companies, and early stage start-ups. This will enable Palantir to gain insights into the needs and necessities of small start-ups, and the ability to identify innate weaknesses and strengths of their current software’s.

Wall Street have a very pessimistic view towards these SPAC investment programs. Interestingly, the Street point towards Palantir SPAC initiatives as a gimmick, or a method to “buy revenue” in a misleading manner. Whilst it is vital to acknowledge the view of the Street, perhaps it can be argued that this pessimistic approach towards SPAC investments is a fundamental misunderstanding of Palantir’s unconventional business model, and their irresistible notion of anchoring towards long term competitive moats.

Overall, one must recognise the non-monetary value of these SPAC investments, and their hollistic value that is brought to the company.

Perhaps it is fair to state that some of these smaller staged companies will not succeed, and it is likely some may even “fold” during this recessionary period, however overall investors should focus on the non-monetary value Palantir gains from investments within these early staged companies.