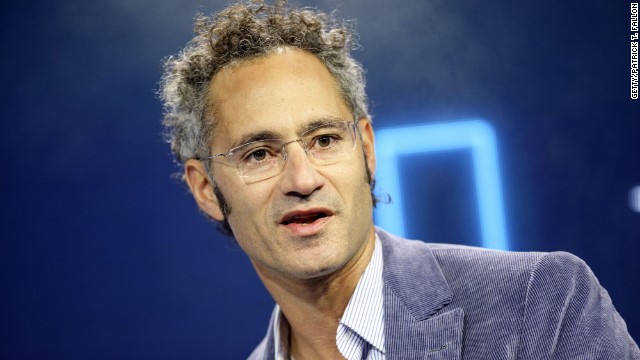 “I Like Being Alone”, CEO Alex Karp’s Exclusive Interview At The World Economic Forum.

What does Palantir do, and what does it not do?

You claim to have strong values, tell us about these values?

An internal conflict did arise when Palantir decided to work with ICE. How did this pan out?

What type of leader are you?

Why did you leave the Valley, instead of trying to get rich quick?

Alex Karp appeared in the World Economic Conference, and spoke broadly about Palantir & their work within the commercial and governmental space.

What does Palantir do, and what does it not do?

Palantir has always had this shadowy company reputation, however at the core we are a data integration platform, said Alex. The CEO went on by stating, the truth is, the answer to the question depends on what product one is buying?

We work within the shadowy world of the military for special operations, as well as gaining data from space and other areas, revealed the CEO.

We also have commercial products, some of which first failed, said Alex. Commercial products now power CreditSwisse and Airbus. Furthermore, Karp mentioned how Palantir work with other products, like Apollo, in which can enable one to work on premise, provide maintenance, and power your life. “Often, this comes under the umbrella of a company whom is historically not good with communication”, said Alex.

Palantir can not talk specifically about the work within Ukraine, however Alex did reveal the fact that there has been a turning point within the art of war. Often, people underestimate what happens when data can organise courageous individuals and kinetic explosions, Alex said.

Software can protect against a range of things, and can solve problems of the world. In terms of solving sustainability, “everything is a software problem” he said, and hinted at the overall utility of Palantir.

There is a huge heavy lifting piece that involves software, Dr Karp mentioned.

You claim to have strong values, tell us about these values?

In terms of the vales at Palantir, “we make an effort to say what we think in public”. We are open, and honest about what one thinks, said Karp.

“We have done this since inception.”

When we built PG, nobody cared about data protection, however Palantir did. Furthermore, “we did not have to pull out of Russia, because we made hard decisions beforehand to never integrate our software within these environments”, he mentioned.

The CEO interestingly indicated how, Palantir were the first to speak out about a Muslim database in America. In addition, Alex said how at Palantir since inception, “we did not support the parasitic nature of the Valley”.

Alex Karp said how, he took a huge risk doing a DPO, and actually this risk could have made Alex Karp “broke”. This is in comparison to a traditional IPO offering, in which many companies undertake.

Internally, within Palantir, Alex mentioned how these individuals are the most talented, yet the most difficult individuals he has ever come across. Palantir is well known for their recruitment and retention of the world’s best talent.

An internal conflict did arise when Palantir decided to work with ICE. How did this pan out?

Alex Karp mentioned how, it was difficult. Often there were protestors outside his house every morning, and occasionally employees became upset with the overall drama. However, interestingly, Dr Karp directed the attention towards Silicon Valley. He said how, there is always a reason in Silicon Valley as to why they can not support the US & their home Government.

However Karp said, there is no issue with exploitation of data to gain the most profit within the Valley.

I believe, the West in general, plays a crucial role in peace and wellbeing, Alex Karp said.

What type of leader are you?

Alex Karp enthusiastically revealed how, he is more of an artist, rather than a normal leader. Alex has a strong opinion in regards to people, and he is willing to fight for them. Interestingly, on the negative side, Alex said how it can be very hard to convince him sometimes, and often he has crazy ideas, in which sometimes he tries to avoid.

Why did you leave the Valley, instead of trying to get rich quick?

Alex mentioned how, he was very unhappy at Stanford, and he went to study philosophy because he originally wanted to become an academic. The CEO did mention some more secretive insights into his life, after saying that he does not have many friends, but instead a number of close friends.

Furthermore, Alex revealed how he “likes to be alone”, and “does not even know what a date is”. This overall revealed the iconoclastic nature of Alex Karp, and his idiosyncratic personality traits.

The interviewer did mention that Wall Street often criticises Palantir for their lack of profitability, however Alex Karp did hit back, and he stated how actually Palantir would be profitable if they did not compensate their employees.

Palantir commonly uses SBC to incentivise their employees: The company uses SBC as a form of compensation to attract and keep the best talents. Within the technology world, the top 1% of talent can deliver more results than the remaining 99% combined. SBC creates the incentive for talents not only to stay in the company but to perform at their best creating value for the company.

McKinsey have revealed the utility of true business talent, in terms of productivity and performance. Overall, there is a 800% improvements within productivity when using high performers within an organisation. Therefore, whilst Palantir could have become profitable, the company chose to rewards their employees with stock options instead.

In regards to Palantir taking over 18 years to officially integrate their software within commercial markets, the CEO said how this is actually a good thing. Often, it takes over 5 years to build a product. The longevity within enterprise software is high, however at the same time, the period associated with building the software and the product is also very long too, said Alex.

Alex does not have an issue with Google or Facebook individually, however he did mention clearly that there is a cultural issue in place. In other words, Silicon Valley is parasitic, in which we are all paying the price for.

Alex hopes that the Valley actually starts to make products in which benefit the participants too.

Is there ever a clash between yourself and Peter?

Often, Alex said, there is an issue when your friends agree with you politically all the time. We have, in my view, similarities in terms of what a business is, and what a successful business looks like, Alex mentioned.

“We do not agree politically, and it is refreshing”, said Alex.

“Peter and I, made a great team in the past couple of years. We are both good friends. Actual friends”, reiterated Alex.