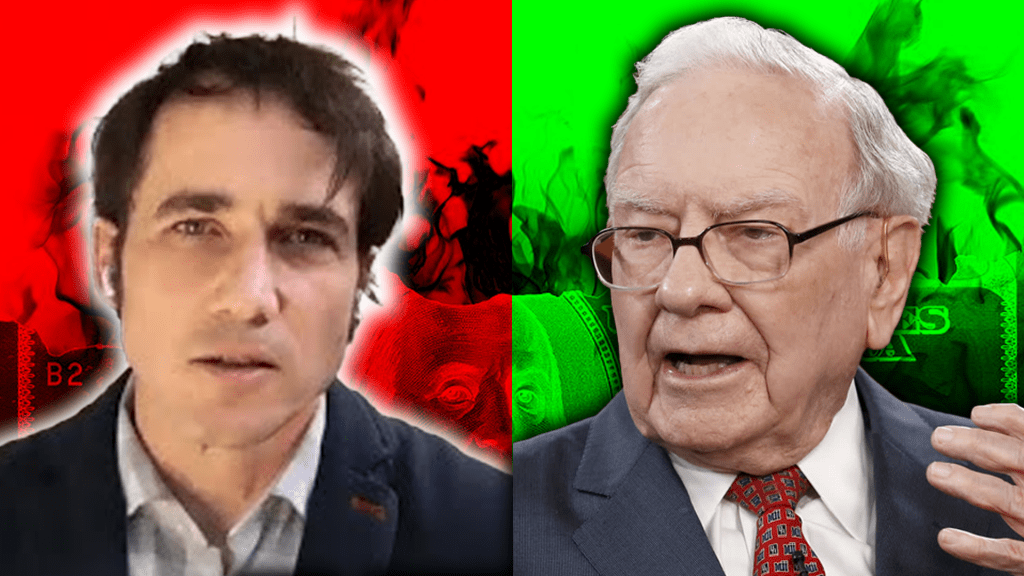 Bret Winton Explains Why Investing Within Innovation Is Key:

Major Trends That Will Occur:

Bret Winton Explains Why Investing Within Innovation Is Key:

Within the equity space, and within the public market space, ARK mentions how longer term visions usually win. “It really is a unique time within technological, economic history”, said Bret within a recent conference.

At ARK, the analysts have noticed how innovations are now converging. This is specifically within the past 12 months.

“Almost every consumer facing strategy has an NFT strategy”, he said.

“We believe a strategic allocation to innovation probably will evolve into a sub-asset class, as did the “niche” strategy of the 1980s—emerging markets. In the late 1980s and early 1990s, investors had little, if any, exposure to what has evolved into 13% of the global equity market capitalization and 60% of global gross domestic product (GDP) on a purchasing power parity basis.”

“Initially, many investors resisted exposure to developing markets based on the volatility associated with geopolitical uncertainties, corporate governance, and liquidity. With time, however, they observed low correlations between and among the stock returns of the various developing nations, as well as growth rates that far surpassed those in the developed world. Investors concluded that broad-based exposure to developing markets offered enough diversification to minimize idiosyncratic risks and lower volatility, resulting in higher risk-adjusted return.”

From an allocation perspective, one is better to be in front of this wave, rather than behind it. This is because, ARK believes that innovation market capitalisation will exceed $200T by 2030. In addition, ARK Invest has identified 14 different interesting instances of transformative technologies in which are now converging together, and therefore are reaching a tipping point.

One reason to be optimistic on robo-taxis, is because of the fundamental innovations happening in the AI and neural net space. Bret mentions how, ARK is optimistic on AI, solely based on the technological breakthroughs in which have occurred in the past year alone.

Namely, within the AI space, natural language processing has been a major breakthrough in which can be attributed towards the likely scenario in which robo-taxis are solved, said Bret. “This shows the fundamental capabilities of the neural nets.”

ARK Invest mentioned within an exclusive report that they expect sales to increases roughly 8-fold, from 4.8M units in 2026, to 40M units in 2030 – globally. This is roughly a 53% compound annual growth rate per-year.

The reasons for the major increase within vehicles sold is driven by battery cost declines primarily. The analysts at ARK mention the use of Wright’s Law as a viable leading indication into the future of cost declines for Tesla.

Interestingly, in relation to innovative investments, MIT researchers have pointed towards Wright’s Law having validity, and coming closest to the truth – in comparison to other laws (for example Moore’s Law).

William Summerlin is an analyst at ARK who solely focuses and specialises on AI technologies. Will mentions how, he is most excited for the opportunity for foundation models. Will states that the larger AI models are, is often a good leading indicator as to the quality of performance.

This is a trend that will continue, says Will. “This has been seen across many other language models, and a range of other AI technologies.”

Foundation models work by training a single huge system on large amounts of general data, then adapting the system to a new problem. This interlinks with the future of AI in which refers to AI being flexible, reusable models in which can be applied to just about any domain or industry task.

IBM mention how, “the next wave of AI looks to replace the task-specific models that have dominated the AI landscape to date”. The future is models that are trained on a broad set of unlabelled data that can be used for different tasks, with minimal fine-tuning. These are called foundation models.

Major Trends That Will Occur:

Mobile connected devices will yield an exceptional return, said Bret Winton, the Director of Research at ARK Invest. Interestingly, humans could be enmeshing a constellation of connected devices that will inform us, entertain us, relate us, protect us, and mediate our perceptions of the world, reveals ARK Invest.

“Legacy computation manufactures and operating system providers could be in peril, along with media, entertainment, and content production companies with business models optimised for legacy distribution platforms.”

In regards to the IoT, this can transform the distribution of media, providing users with new ways to interface within the world, and therefore to capture data streams that enable the evolution of new business models and services. Society is moving into a new paradigm, namely the ideology of Industry 4.0. Industry 4.0 refers to the deployment of a large amount of sensors, and actuator devices forming an Industrial Internet Of Things.

Within battery technology, it seems that the automotive sector is being priced as if every competitor will lean towards Tesla like margins when buying vehicles. It is hard to imagine automated vehicles in play without a radical change of the unit cost of a vehicle, and the form factors that will be sold into the market.

Furthermore, 3D printing is another place in which shows major potential, said Bret. The use of reusable rockets may transform traditional manufacturing methods, via removing design barriers and overall reducing costs.

Interestingly, already healthcare tools create via 3D printing can be personalised, enhancing the experience for patients and doctors. Bret says, “3D printing with AI could design on-demand innovative parts better suited to their end applications at a fraction of current manufacturing costs”.

To add, reusable rockets are an area in which previously was deemed as totally illogical is now coming into reality. “Every launch provider today appears to be making plans for rocket reuse, which should lower costs by an order of magnitude and enable exciting new business models”.

To add more detail, given the economics of rocket reuse, both low earth orbit and hypersonic point-to-point, this will enable travel to become less costly, and more feasible in which will transform military asset delivery, shrinking the world’s supply chains, and enabling economical broadband connectivity anywhere on Earth.

Bret Winton: Historians will look back, on this era as one of unprecedented technological foment – and will say – everything has changed”.