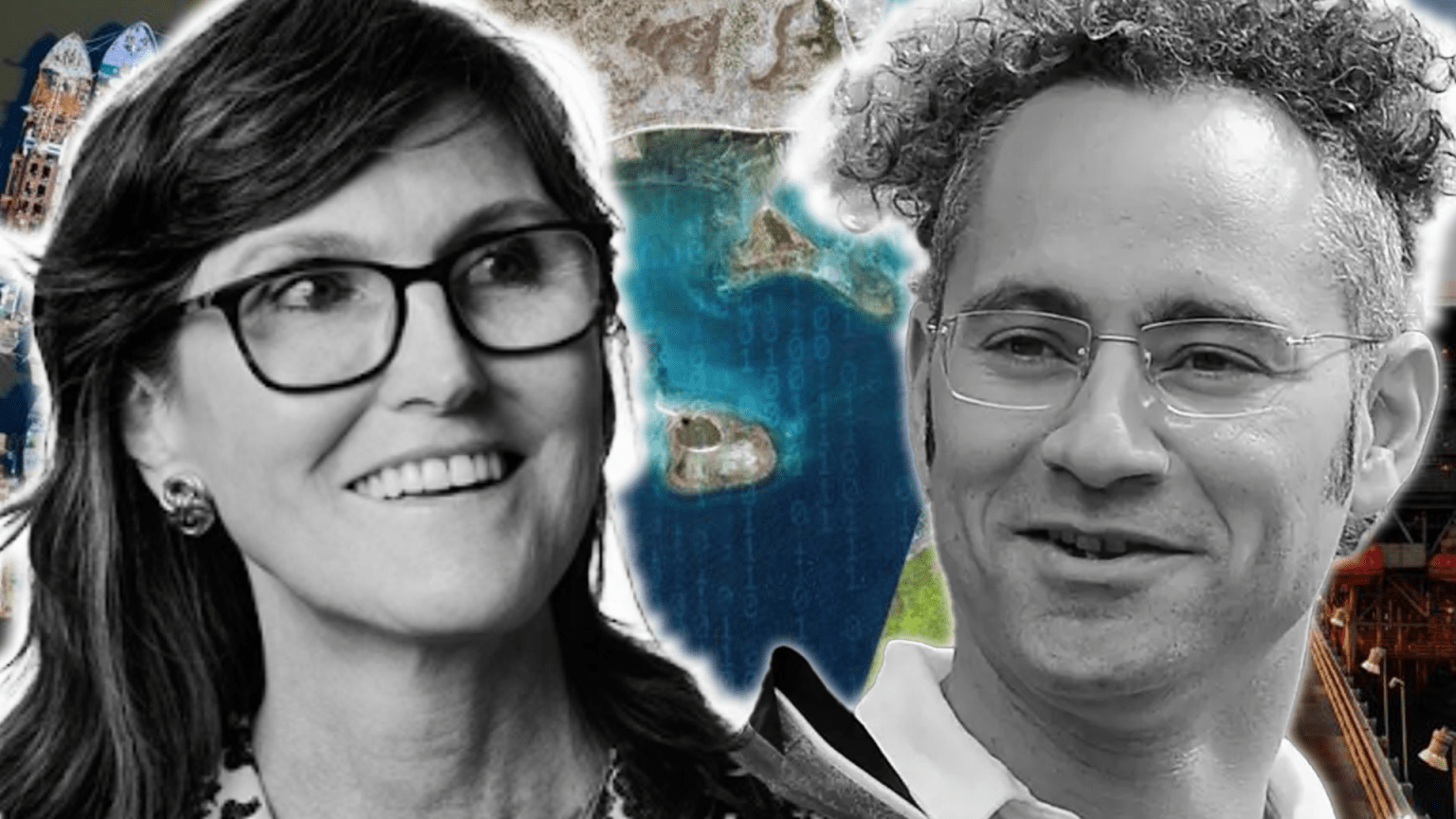 Palantirs’ VP On How Palantir Will Benefit:

Often, investors within innovative companies usually state that hard economic periods, and chaotic events within society can become beneficial in terms of innovation gaining traction within society. The main thesis behind this theory is that, based on the fundamental deficit within society, current conventional models of solving issues can not achieve their goals. However, via the use of innovative technologies, this can accelerate and contribute towards solving a set issue.

“We believe the same is true for innovation”, said Bret. “We believe a strategic allocation to innovation probably will evolve into a sub-asset class, as did the “niche” strategy of the 1980s—emerging markets. In the late 1980s and early 1990s, investors had little, if any, exposure to what has evolved into 13% of the global equity market capitalization and 60% of global gross domestic product (GDP) on a purchasing power parity basis.”

Often, within turbulent periods of time, there is a possibility for a global uniting on a set goal. For example, during COVID every nation was united on solving this societal issue. This therefore perhaps accelerated focus on spending for innovative solutions and products in which could solve a defect within society.

ARK Invest states that, “in the early days of a bear market, while innovation does gain traction, the stocks associated with disruptive innovation tend to underperform. In a risk-off environment, benchmark sensitive investors sell innovation-oriented stocks as they seek “safety” in the benchmarks against which they are measured.”

During the GFC, Software-as-a-Service and online retail were prime beneficiaries. As technology budgets were cut by 20-30% in and around 2008-09, for example, during its worst quarter Salesforce.com chalked up a 20% increase in revenues. At the same time, while retail sales were falling, Amazon delivered 14% growth during its worst quarter.

Within recent times, based on geopolitical conflicts, COVID as a catalyst, and the up rise within chaos in society, there has been ample examples of innovation gaining traction. For example, during the COVID period within the UK, advanced software company Palantir was brought into the UK more aggressively, in order to aid the distribution of vaccinations, and to help track or predict COVID cases in the nation.

Since the COVID events have occurred, Palantir has actually integrated itself within an array of other UK based Governmental agencies, namely the UK Ministry Of Defence. One may successfully argue how perhaps, in consideration of the COVID catalyst, this has led towards more contracts appearing for Palantir within the UK, after clear recognition of the superiority of their software solution.

“In our recent survey of more than 200 organizations across industries, more than 90 percent of executives said they expect the fallout from COVID-19 to fundamentally change the way they do business over the next five years”.

The truth is, a crisis often forces individuals to see the world within a different manner, because it ruptures the assumptions on which everyday life proceeds, and therefore creates a door way into a different kind of world.

Furthermore, there can be a case made within light of EV company Tesla. Many analysts believe that in consideration of the huge rise within gasoline prices based on the geopolitical conflicts and the overall inflationary environments, there is a plausible thesis that this will accelerate consumer adoption towards innovative products.

EV demand has only continued to climb this year, with oil and gas prices further appreciating as Western nations turn their backs on Russian energy imports. “If gas prices stay high and there’s this political feeling to reduce reliance on foreign oil, I think that’s only going to help electric vehicle sales in the long run,” Jessica Caldwell, Edmunds’ executive director of insights, told dot.LA.

In addition, innovative company BlackSky recently was awarded a 10 year electro optical commercial layer contract with the US Government. This was a a contract from the National Reconnaissance Office (NRO), which includes a comprehensive set of imagery services from current and future satellite capabilities. The award demonstrates the commitment of the U.S. Government to leverage the capabilities of next generation commercial providers in support of its most critical missions.

Therefore, this shows that there is a potential for organisations to capitalise on these chaotic trends, in order to solve issues & fill clear deficits within society.

Whilst it can be stated that B2B products may gain traction during a recession, perhaps there is a case to be made that B2C products are likely to suffer more during chaotic periods of time.

In regards to the recessionary period ahead, RBC note that “investors are also evaluating companies’ general sensitivity to a potential recession.” This shows how investors are investigating the potential of a recession, and how this would impact software companies. Furthermore, RBC state that this is where mission-critically becomes especially relevant, as we believe discretionary line items would be the first to get cut and pushed into the background.

A discretionary item refers to a product in which is brought or used, once an individual has extra cash on hand to spend.

Therefore, this is an example reason by RBC to become more cautious on a recessionary period and innovation. Perhaps, discretionary facing items are less likely to become adopted, in comparison to more necessary products, namely the use of a software solution to aid efficiencies and cut costs.

Palantirs’ VP On How Palantir Will Benefit:

Due to the supply chains, and issues within society, Palantir’s VP stated that “companies are turning towards technological solutions”, and data solutions to understand “what we are doing” as a company.

People & companies are looking at technology as an opportunity, said Josh Harris.

Companies are becoming smarter in terms of what they are spending on. Organisations are doubling down, because they are seeing the returns. This is especially relevant within a time in which efficiencies is key.

Whilst this thesis does have validity theoretically, in reality this thesis perhaps suffers from a grand over generalisation. For example, for Palantir whom operate within the software space, often IT budgets are tight, and there is an inability at face value to understand which solutions work, and which solutions provide the most value.

This view was specifically reiterated by Doug Philippone, Palantirs’ Global Defence Lead. Doug stated how there are unique problems within selling software. Often it is hard to tell if software actually works. Commonly present is the miss-match between a casual observer understanding if the software functions or not. This can become problematic for software companies – if these companies are unable to showcase their product in real-time.

Therefore, unless Palantir can successfully portray their software solution within a frictionless manner, then perhaps organisations will fail to see the utility of the platform, leading to limited adoption.

Piper Sandler states how, “key government agencies, such as the CDC, NIH, FDA, and Air Force, as agencies rapidly adopted technology to track cases and resources during the pandemic. These initial use-cases likely acted as a catalyst for further adoption; for example, Air Force expanded its contract to include broader operations efforts.”

Interestingly, once Palantir does integrate themselves within organisations, it can become very difficult to remove the software solution solution based on monetary and non-monetary switching costs. Piper Sandler successfully demonstrates the utility of Palantir’s software solution, and the fact that Palantir has a sticky product offering.

“PLTR has maintained long-lasting relationships with government customers. PLTR has maintained relationships and contracts with the Army, Navy, U.S. Special Operations Command, CDC, ICE, and FBI for at least 10 consecutive years each. We believe these long-lasting partnerships demonstrate both the usefulness of PLTR’s platform and high switching costs once embedded.”

Overall, there is ample evidence to suggest that certain innovative solutions and companies will benefit during a chaotic period of time. However, vital to note is to ensure that innovation is not taken within a simplistic manner. Often, during a recession or a chaotic period in economic history, there are ample companies in which fold and therefore fail. It is vital to note which companies will benefit during chaotic periods, specifically perhaps those companies in which are focused on B2B needs, in comparison to B2C solutions.