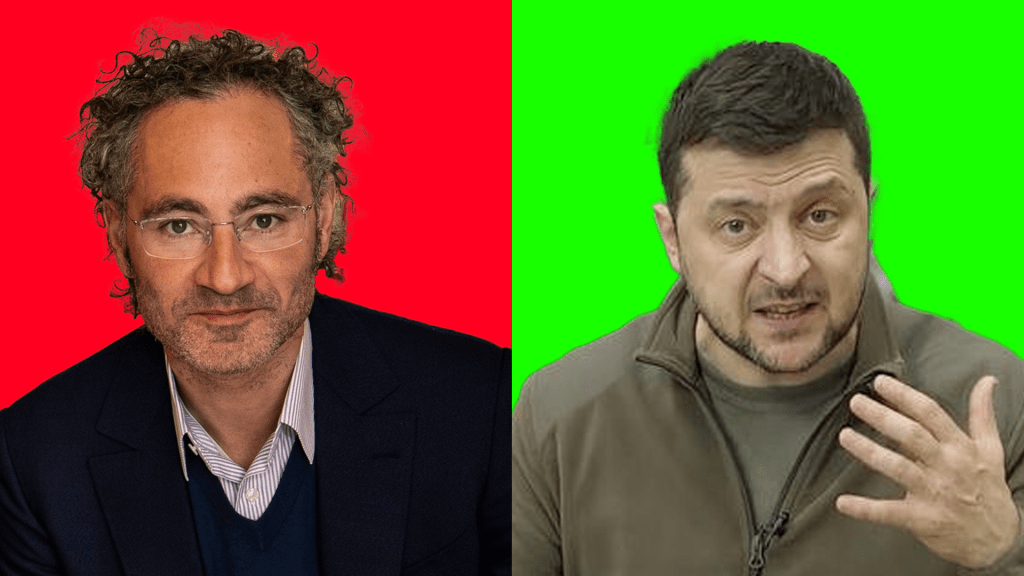 Interesting news has released within recent times in which points towards a major overhaul of military spending & technologies, specifically within the US.

The nation’s top military officer said during a trip to Europe this week that he’s working on recommendations that could lead to a high-level reorganization. After launching Army Futures Command in 2018 to drive modernization when he was that service’s chief of staff, Milley said he’s mulling a similar effort for the joint force.

The director of the Defense Intelligence Agency described the sharing of information and intelligence between the United States and the Ukrainians as “revolutionary in terms of what we can do”. Army Gen. Paul Nakasone, who heads both Cyber Command and the National Security Agency, said that “in my 35 years” he has never seen a better sharing of accurate, timely and actionable intelligence than what has transpired with Ukraine.

Nakasone added the “secret sauce” for NSA’s success has been its ability to work outside the country, seeing “what our adversary is doing” and how that can affect the United States. He said the nation needs platforms as established as Air Force KC-135s, space satellites and sensors and on-the-ground collection to be effective.

Nakasone said having the command and agency under a single control provides a “unity of effort” and agility to respond to everything from problems with Iran to ransomware attacks and Russian aggression in Ukraine.

“We’re going to have to really think hard about fundamental shifts to our military,” Milley said in London. “The country that maximizes development of these technologies with their doctrines and organizations, in the time we have available, could be decisive in the next conflict … I would suggest, in 10 to 15 years, you have to do these fundamental changes.”

The Pentagon has been trumpeting its stepped up investments in emerging technologies and last week made its latest tech-focused organizational move. An Emerging Capabilities Policy Office will help integrate autonomous systems, hypersonic tech, directed-energy weapons, and other innovations into the department strategy, planning guidance and budget processes.

The principal military advisor to the president and the secretary of defense, Milley said he is also thinking through the implications of emerging technologies, following the lead of Defense Secretary Lloyd Austin. The military is examining options for operational design and structure of the force ― its brigades, divisions and fleets ― but also its institutions.

Milley said that the existing technology behind Fitbits and iPhones allow soldiers to sense their environment like never before while accurate, long-range precision munitions let them destroy targets like never before.

Coupled with AI’s potential to speed battlefield decision-making and the robotics and the autonomous technologies that are transforming the character of labor, militaries and warfare could be entirely transformed. Trucking, which is already adapting to driverless vehicles, and other industries that lend themselves to robotics will fundamentally change, Milley said.

“With respect to the military, that’s no less true. We have a wide variety of tasks that can be and probably will be conducted by some form of robot,” he said. “The unmanned aerial vehicle is an example, but you could see in the future, pilotless air forces ― manned/unmanned teaming where you have one aircraft that’s got a human in it and the rest of the squadron are robots.

The US Space Force plans to add three more new intelligence squadrons in the next two years, said Gen Stephen Whiting, a commander of the service’s Space Operations Command. Furthermore, these additions would double the number of squadrons in Space Delta 7, whom are currently working on missile warnings and defence, electronic warfare, and research and development.

A reason as to why, innovative software company Palantir will majorly benefit from this increased emphasis on the Space Force is due to their data-centric work the Space Force currently work on. To describe, Whiting said, “think of missions like space domain awareness, electromagnetic warfare, missile warning, operational-level command and control, defensive cyber capabilities, intelligence, surveillance, and reconnaissance, satellite communications, precision, navigation, and timing, orbital warfare—and then we also run the bases from which we operate.”

This shows the importance of adding more intelligence activities, in which would contribute to the command’s priority of being cyber security, said Whiting.

As stated within previous reports the West & the US specifically has a major disadvantage within the context of cyber-security, and cyber-attacks.

It can be logically stated that in consideration of Palantir’s ingrained work with Governments, and their supernatural product capabilities, Palantir is likely to experience more spending within the context of the US Government. This is because, as the requested discretionary budgets for the Department of Defense are expected to increase 5% in FY2022 and another 4% in FY2023, on-top of this is the emphasis on Space expansion via the US Space Force.

Piper Sandler also believe that, the on-going war currently could be a major catalyst for the DOD to improve technologies for the future. Interestingly, Piper examined the budgets in depth and found that, there is a heavy emphasis on AI, LM, IT and software programs. Piper Sandler believe that, the amounts for these requested items will continue to increase in FY22 (+27% y/y), and FY2023 (+12% y/y). Piper proclaimed that, new requests in FY2022 that weren’t included in FY2021 include ~$212M for AI and ML research and ~$83M for the Tactical Intel Targeting Access Node (TITAN) program, which PLTR has been selected to compete for.

The interesting nature of Palantir’s business model & product solution means that often over time their contract sizes grow substantially during a set period. It is likely that Palantir could experience exponential growth curves within the context of contract sizes for the inception phased Space Force. An example of this occurring previously was with the Air Force.

To explain, there was previously a small contract with the Air Force from 2010-2013, which consisted of four contracts worth $226K each. However, this scaled majorly within the past few years. The data shows that in April 2020, Palantir signed a contract to license Gotham platform to the Air Force for six months, costing over $2M. Following the pilot program Palantir signed two contracts with the Air Force worth nearly $20M to provide the agency with COVID systems. “By 2021, the partnership grew to a two-year, $91.5M contract in which PLTR was to provide a data platform for the Air Force to manage resources for its COVID-19 response and coordinate decisions for joint all-domain operations.”

“Palantir and Satellogic launched our first Edge AI-enabled satellite into space as part of the SpaceX Transporter 4 mission. Incorporating Palantir’s Edge AI technology onboard Satellogic’s NewSat will allow us to begin processing imagery data on orbit, separating signal from noise in high-scale data to make the best use of limited bandwidth and enabling more opportunities for customers to gain near real-time data at scale” said Palantir within a recent blog.

There is a major incentive for Palantir & the West to gain a lead in space not only from a Governmental point of view, however also within the context of a commercial client expansion:

The reasons are due to, Western Defences in the case of war escalation, the use of Edge AI innovations, and the overall explosion of commercial interest within space.

Palantir, co-founded by Peter Thiel, will “continue to use its technology to support Ukraine.”

One of the many reasons I am so proud to work for Palantir Technologies. Alex Karp, my boss and our CEO, is the first CEO to visit #Kyiv after the start of the full-scale war. We’ve agreed to continue investing in #Ukraine by supporting the Army and opening an office, etc. This is what leadership looks like, full stop.

This comes after CEO Alex Karp attended a meeting in Ukraine with President Volodymyr Zelenskyy.

Overall this highlights the fact that Palantir likely played a major role when it comes to the conflict within Ukraine.

It is likely Palantir will play an increasingly vital role within Governments & the future of warfare.