BREAKING: Palantir May Be Used Nation Wide Within Germany. 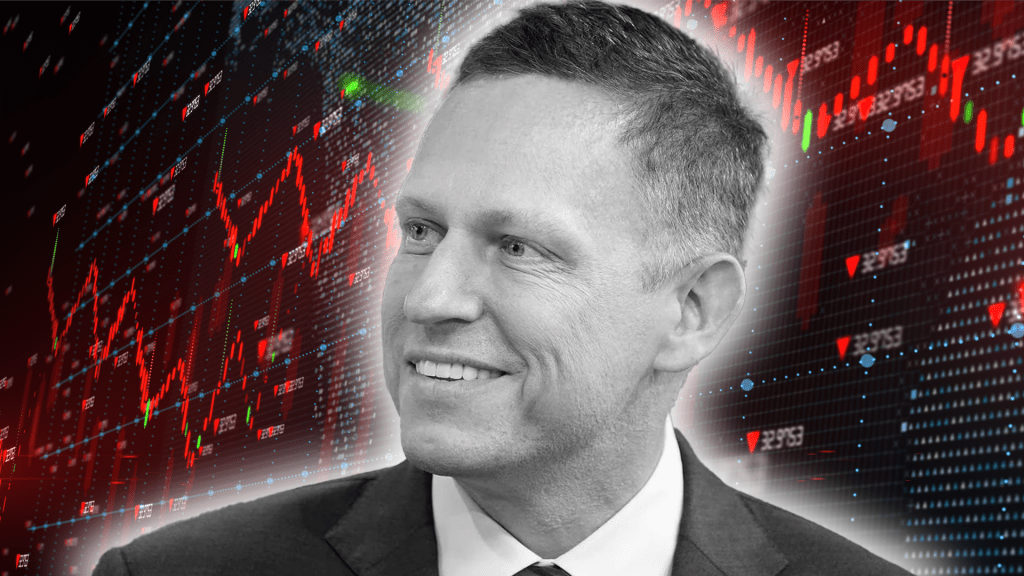 Framework Agreement: Germany-Wide Use Of Palantir:

Palantir Was Fundamental Towards The Russia & Ukraine War:

The following has been translated from German.

Framework Agreement: Germany-Wide Use Of Palantir:

Palantir’s software could also be used nation wide within Germany in the future. Appropriate tests are being carried out in both federal states, as a survey by BR among the state and federal interior ministries shows.

The Hamburg State Criminal Police Office also writes on request that they are interested in an application as part of the nationwide digitization strategy “Police 2020”.

The software is already in use in a few regions within Germany in current date. The Bavarian State Criminal Police Office also signed a framework agreement with Palantir for the use of Palantir (interdisciplinary research and analysis) in the spring of this year.

This framework agreement now gives all federal states and the federal government the opportunity to purchase the software with less friction.

The Palantir product, which is based on the Gotham, is intended to bring together information from various police databases and contribute to the fight against crime: “Our goal is to make the police’s analytical capabilities for fighting and prosecuting serious and organized crime and terrorism even more successful and faster,” says a press release from the Bavarian LKA.

Jürgen Bering, lawyer and data protection expert at the Society for Freedom Rights, describes the framework agreement as a “dam bursting”: “The big problem is that it will strengthen Palantir’s market position in the German market. “

Actually, procurement procedures should ensure that there is competition and that there are no dependencies. Here we have a dependency of the authorities on Palantir, and that is cemented by the framework agreement,” said Bering.

When asked by BR , certain Germany regions announced that it had not yet been decided whether the framework agreement would be used. The Ministry of the Interior in Mecklenburg-Western Pomerania says that the future use of a Palantir product cannot be ruled out.

The federal government also wants to decide whether it wants to use the software. This means that the Federal Police and the Customs Criminal Police Office could also use the software. In 2018, Federal Ministers were critical of the cooperation with Palantir due to data protection concerns.

As reported by various policing leaders, officials should be able to use the Palantir software to query not only police databases but also other official databases, such as the weapons register, resident registration data or the central register of foreigners.

Furthermore, passenger data or investigation reports from Internet also can be integrated within the Palantir solution.

Nevertheless, Jürgen Bering fears that the new linking of data could violate fundamental rights. The software connects “not just one or two small data sets, but thousands”.

Some officials argue that “citizen can be viewed at the push of a button”.

Jurisdiction says that such software can be used in special cases, for example to avert special dangers. “It must not be that this system becomes the standard and police and security authorities simply so access it,” says Bering.

This goes far beyond the usual use of the Bavarian police databases.” Petri calls for a legal regulation “which clearly defines when Palantir may be used and when not”.

On request, the Bavarian Ministry of the Interior stated that “the need for a sector-specific legal basis is still being examined.”

Several federal states are taking a different approach than Bavaria

A survey of German interior ministries also shows that some countries are more reluctant to use the Palantir software. One Ministry writes: “There are currently no technical requirements that require the use of this software”.

One official went on to state that, “currently no technical need has been identified that could only be served by software from Palantir”.

Furthermore, another official stated that they prefer to rely on their own developments: “In the Lower Saxony police force, their own software developments are also being tested.”

Palantir Was Fundamental Towards The Russia & Ukraine War:

Palantir has played a fundamental role within the Ukrainian war, in which military officials have labelled as “a fundamental change in the character of war”

The chief executive officer of Palantir Technologies Inc. quietly visited Ukraine this week, meeting with the country’s president and other leaders in Kyiv to discuss defense cooperation and the opening of an office for the data analytics company in the war-torn country.

CEO Alex Karp’s trip to Eastern Europe and subsequent exchange with Ukrainian President Volodymyr Zelenskyy and Minister of Digital Transformation Mykhailo Fedorov was disclosed June 2. Photos and a summary of the trip were shared by Zelenskyy’s office and posted on social media.

Interesting news has released within recent times in which points towards a major overhaul of military spending & technologies, specifically within the US.