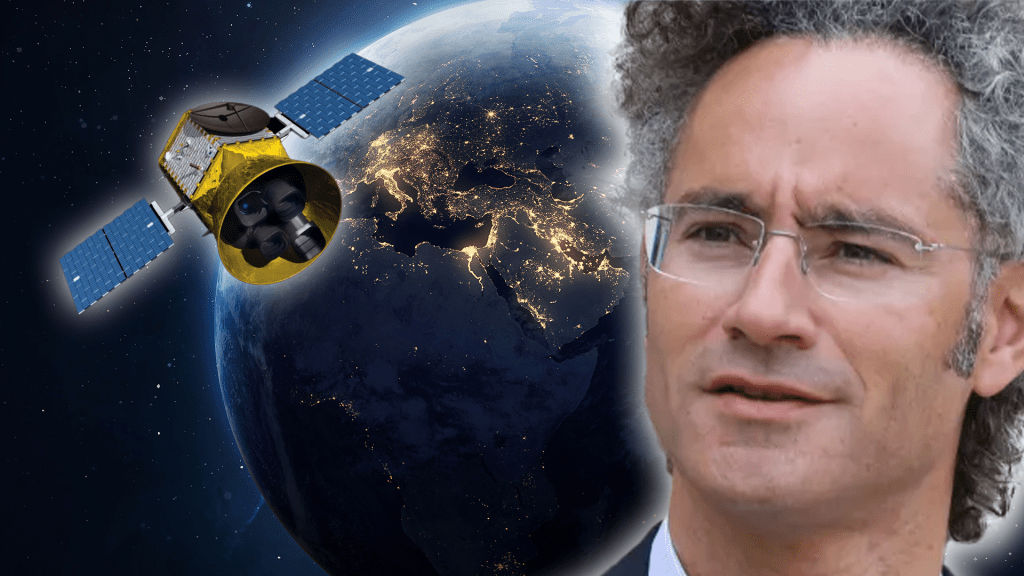 Palantir’s Space Lead, Brandon Tripp, retweeted a recent article on LinkedIn in relation to Palantir. Namely, the fact that there is a “new space-race happening right now, and from Earth to orbit to the moon, Mars, and beyond, Colorado has a head start.”

“Hundreds of firms, large and small, are racing to carve out an economic niche, ranging from relatively mundane endeavours such as communications infrastructure to science-fiction-worthy orbiting film studios.”

“The industry is rocketing into what’s been dubbed NewSpace, where travel beyond Earth’s atmosphere is driven by private companies rather than giant Apollo-style government initiatives. “

“The pace is reminiscent of the 1800s gold rush, experts say, and much as it was during that frenzy, Colorado is in a special position to take advantage of the predicted boom times.”

Here are 3 reasons as to why the space race is the next gold rush for Palantir.

Dealing with data in space is extremely complicated and complex. Therefore this initiative has becomes an opportunity for Palantir to boost their capabilities in Edge AI. The market is still in infancy ($590mn), but is expected to have multiple use cases.

In space, Edge AI consists of instructing satellites to perform automated models accordingly, and to make them share images containing the critical information the operator requires. This allows operators to focus only on real threats and act rapidly.

For commercial companies, this efficiency mainly translates into lower costs in transforming data from satellites to business insights, and thus stimulates the research for further use cases and applications.

Society is moving into a new paradigm, namely the ideology of Industry 4.0. Industry 4.0 refers to the deployment of a large amount of sensors, and actuator devices forming an Industrial Internet Of Things.

In accordance with an array of reports, the Edge AI Computing market is no trivial feat, and instead presents a $59.63B market size projection by 2030. This is mainly driven by the necessity to overcome cloud computing challenges based on the rise in demand for real time operations at the edge.

Edge AI has a range of benefits:

Currently the “space-economy” almost entirely focused toward government spending, but dynamics are now changing. The cost of launching satellites in orbit is decreasing majorly. This, in turn, heavily incentivizes new companies to invest within businesses activities related to space observation. This is also known as “satellites-as-a-service” & Edge AI.

The “commercial space-economy” is estimated to be a $140bn opportunity – according to Satellogic. Currently, the space-economy is majorly confined to governmental activity, but it expected to be driven by legacy commercial companies that are interested in using space data to improve their operations and mitigate risks.

As an example, an insurance company could estimate the damage from a hurricane by analysing the size of damaged buildings. This therefore would be a vital opportunity to save cost, and in-turn mitigate set risks.

Among Palantir’s commercial clients, two commercial clients seems particularly interested in space already – namely, RioTinto and BP. To explain, RioTinto, an Australian metals and mining company, is a client of Satellogic and Descartes Labs. BP, a British energy company, is referred to as Orbital Insight client, and therefore indicates the current on-going relationships within the context of space-related activities.

Space may indeed be the final frontier, but is is also a US$350bn industry today that could be worth US$2.7tn by 2050.

The space ecosystem is all around us and touches many aspects of daily life. The sector is at a crucial point, says McKinsey, as technological progress is unlocking new capabilities, encouraging more commercial funding in space, and making space more accessible for nations and the private sector.

Brandon Tripp is the Lead for Palantir Space initiative.

The Pentagon and the Intelligence Community are in “the middle” of a “space strategic review” due to the White House in “the late June/July timeframe,” according to Lt. Gen. Bill Liquori, the Space Force’s head of strategy, plans and requirements.

“Everybody sees the growing threat, and we recognize the need for not only resilient architectures, but the Unified Command Plan tasks US Space Command with offensive and defensive operations, and now our own Capstone Doctrine document highlights that,” Liquori elaborated. “But we’ve got  to work that through the process. And so we’ll work force designs to talk about what mix of capabilities are needed.”

Edge AI within space is vital for Palantir.

For example, via the use of Edge AI, one can send images from satellites within a matter of hours, instead of days.

Sending entire images from satellites currently takes days due to image sizes, and therefore is not efficient. Conversely, if satellites are already able to identify targets of interest and share only that segment, e.g. only the bridge or the missile site or interest, the time required would shrink majorly.

In the context of war, this difference could change everything and give innovative actors a majorly beneficial competitive edge.

The nation’s top military officer said during a trip to Europe this week that he’s working on recommendations that could lead to a high-level reorganization. After launching Army Futures Command in 2018 to drive modernization when he was that service’s chief of staff, Milley said he’s mulling a similar effort for the joint force.

“We’re going to have to really think hard about fundamental shifts to our military,” Milley said in London. “The country that maximizes development of these technologies with their doctrines and organizations, in the time we have available, could be decisive in the next conflict … I would suggest, in 10 to 15 years, you have to do these fundamental changes.”

“We analyzed PLTR U.S Goverment contracts in an effort to understand traction among various agencies. We found that a substantial portion of U.S. government revenue is undefined (subcontracted through contracts with other companies) or classified (likely a large portion of DOD business); this undefined revenue was 63% in 2021.

PLTR expanded the number of contracts with top level departments to nine in 2021, up from six in 2019, according to the data, suggesting a broadening of traction across various government departments.”

Overall, the spending on Space within the US military specifically is within inception phases. In comparison to other segments, the military spending for Space has only just started.

Interestingly, investment firm Piper Sandler says, “Palantir should continue to see growth in its U.S. government business as it broadens its footprint across agencies and as its largest customer (Defense) is expected to grow further”. The investment firm state how, Palantir has gained more traction with agencies beyond defence, such as VA and DOE, which will provide ongoing upside.