Goldman Sachs: “We Believe GM’s Cruise Is A Leader In Automated Driving”. 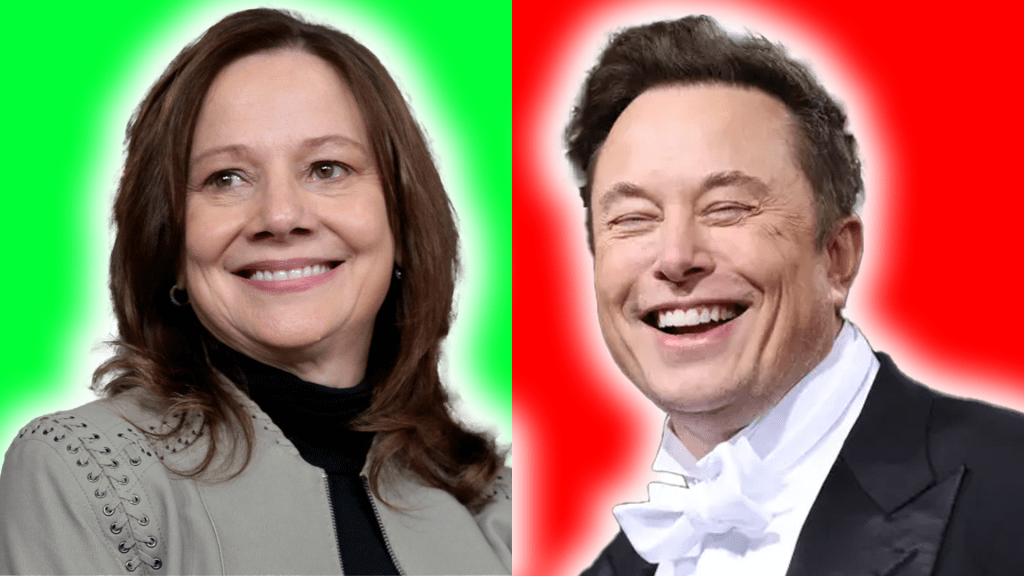 Foundation Models As A Leading Indicator Of AD:

Why Goldman Are Bullish On GM:

On 6/2/22, GM received approval to charge a fare for driverless rides in San Francisco thanks to the first-ever Driverless Deployment Permit from the California Public Utilities Commission. “This is the sixth and final regulatory permit Cruise needed to begin commercial operations.”

Per the latest permit, Cruise’s fleet of 30 all-electric AVs can now offer passenger service to the public without a safety driver on select streets in San Francisco — at a maximum speed of 30 MPH and from the hours of 10 PM to 6 AM daily.

In addition, weather conditions must not include heavy rain, heavy fog, heavy smoke, hail, sleet, or snow. Cruise is authorized to collect fares for rides but cannot yet offer shared rides between passengers from different parties

The company commented in a memo that it will begin rolling out fared rides gradually to ensure a smooth customer experience.

“As we have written before, we believe wide deployment of AVs/robotaxi will be a phased rather than a binary event, with technology progressing and improving over time (and some regions requiring permits and region-specific Al training).”

We believe the technology will be widely available in the long-term.

This comes after Goldman initiated a $1,000 12 month price target based on a 10X applied EV/Q5-Q8E revenue for Tesla.

On a revenue basis, ARK states that the TAM is around $11T for autonomy. ARK mentions clearly how, even if costs decline do not end-up reaching 25 cents, there is a possibility for still increased demand at cost levels of $1 per-mile.

The platform providers, and those that own the technology AI stack, these companies could enjoy an enterprise value of $11-12T by 2026. Tesla is uniquely set-up to participate within say’s ARK.

By far, the single biggest driver for Tesla’s valuation is robo-taxi launches. ARK believes that around 60% of the value within the model can be attributed to the taxi launch.

ARK mention how, based on their research this opportunity could be worth around $25T by 2030. There will be models used to solve issues that can help edit text, or generate images, however there is also a use case in terms of aiding robots moving within the physical world.

Whilst this has not been explicitly stated by Tesla, given Elon Musk’s proclivity and excitement for AI within the real world, this seems like a fairly plausible statement to push forward.

Tesla has a unique data asset because the company has seen billions of miles in terms of data points within the physical world, and these data points are then relayed back into the AI system in which allows for greater learning over time in terms of AV capabilities.

Tesla has an opportunity to make these models open-sourced, meaning that Tesla is likely going to allow other manufactures to build on-top of these models.

One of the biggest markets within AI is automated driving says ARK. All vehicles within the future will be electric, & fully automated. Autonomous driving will majorly lower the cost to get around. For example, an automated taxi could drive a mile for as low as 25 cents.

This is currently less than half of the cost of driving a new-personal car. Through this dramatic cost decline via automated capabilities, this can result in a range of previously excluded individuals gaining access to vehicle mobility at a much lower cost than present today.

Foundation Models As A Leading Indicator Of AD:

Foundation models work by training a single huge system on large amounts of general data, then adapting the system to a new problem.

This interlinks with the future of AI in which refers to AI being flexible, reusable models in which can be applied to just about any domain or industry task. IBM mention how, “the next wave of AI looks to replace the task-specific models that have dominated the AI landscape to date”.

The future is models that are trained on a broad set of unlabelled data that can be used for different tasks, with minimal fine-tuning. These are called foundation models.

Looking at the foundation model of GPT-3, which is a powerful language model, this has shown outstanding results in which give Tesla investors hope in regards to the future of FSD.

The model is used to create articles, poetry, stories, news reports and dialogue using just a small amount of input text that can be used to produce large amounts of quality copy. GPT-3 has over 175B parameters and can generate any text including guitar tabs, or computer code.

When relating these foundation models back to Tesla, this gives ARK validity in terms of FSD being available within the future, and perhaps even becoming applicable to other domains with little friction.

Why Goldman Are Bullish On GM:

We believe the latest announcement is a milestone and reinforces our view that is a leader in the AV industry. From here, we believe it will be key to monitor how quickly Cruise can scale, both growing its fleet and improving

At the GM Analyst Day (10/6/21), Cruise had discussed plans for early commercialization in the 2022 timeframe and rapid scaling in 2023 through 2025+, including the launch of the dedicated EV/AV Origin vehicle in 2023.

Cruise had also stated that annual revenue per vehicle in its autonomous fleet could be over $100K and that Cruise has the potential to generate $50 bn in annual revenue by the end of the decade per GM.

Cruise’s position in what could be a large long-term market for AV tech is a key part of our Buy thesis on GM. While our 2022/23 EPS estimates are below FactSet consensus given our cyclical concerns, we maintain our Buy rating on GM shares as we continue to view risk/reward as attractive, especially considering the company’s opportunities in AVs/EVs.

For GM, Goldman noted how they have a philosophy for a “long-term market” AV player. This “AV tech is a key part of our buy thesis on GM”. Goldman have given GM a 12 month target on $46.

Wood’s Ark Investment Management snapped up ​​158,187 shares of the Detroit-based car manufacturer on behalf of its Autonomous Technology & Robotics (ARKQ) fund Monday, a transaction report outlining the firm’s trades showed. The move marks a sharp change in tune for Wood, who has been a vocal critic of legacy automakers.

Famed stock picker Cathie Wood has had a sudden change of heart on General Motors (GM).

Wood’s Ark Investment Management snapped up ​​158,187 shares of the Detroit-based car manufacturer on behalf of its Autonomous Technology & Robotics (ARKQ) fund Monday, a transaction report outlining the firm’s trades showed. The move marks a sharp change in tune for Wood, who has been a vocal critic of legacy automakers.

“One thing we have to be careful not to do is we must not have a closed mind,” Wood said in a sit-down conversation with Yahoo Finance’s Julie Hyman. “And when we see success, we have to acknowledge it and learn a lot more about it, so we’re still on a fact-finding mission.”

“I’m fascinated by how Mary Barra is really turning that ship around and very focused on cruise automation,” she said.

Ford announces $3.7 billion investment to expand its manufacturing capacity, including for EVs

The $3.7 bn investment encompasses both the Ford Model e (EV) and Ford Blue (ICE) divisions. By state, details include: 1) Michigan — a $2 bn investment (3,200 union jobs) in Michigan to bring annual production of the F150 Lightning to 150K at Rouge Electric Vehicle Center in Dearborn, produce a new Ranger pickup at Michigan Assembly Plant in Wayne, and an all-new Mustang coupe at Flat Rock Assembly Plant, in addition to a new customer service facility;

2) Ohio – a $1.5 bn investment (1,800 union jobs) at Ohio Assembly Plant to assemble a new EV commercial vehicle starting mid-decade and a $100 mn investment (90 jobs) in the Lima Engine and Sharonville Transmission plants; and

3) Missouri – a $95 mn investment (1,100 union jobs) for a third shift at Kansas City Assembly Plant to increase production of the Transit and E-Transit commercial vans.

“Ford also reiterated its target to produce 2 mn electric vehicles a year globally by the end of 2026 and confirmed a new commercial EV to be produced in Ohio mid-decade. We believe Ford continues to allocate resources to EV production and new technologies while taking steps to lower legacy costs, and it has acted with more.”

Goldman noted that they have a 12-month base case price target, in which is at $14 for Ford.

There is a race towards EVs, with many analysts stating that legacy car companies “will not be able to catch up”. “ As reported by Jefferies, automation will impact almost everything from working age populations, to consumer spending.

Jefferies believes that automation will become fundamental towards the next “mega-trend”, and therefore will enable asymmetrical returns to become apparent within markets.