Second NHS Official Joins Palantir Leading To Speculation Over The $1B NHS Contract. 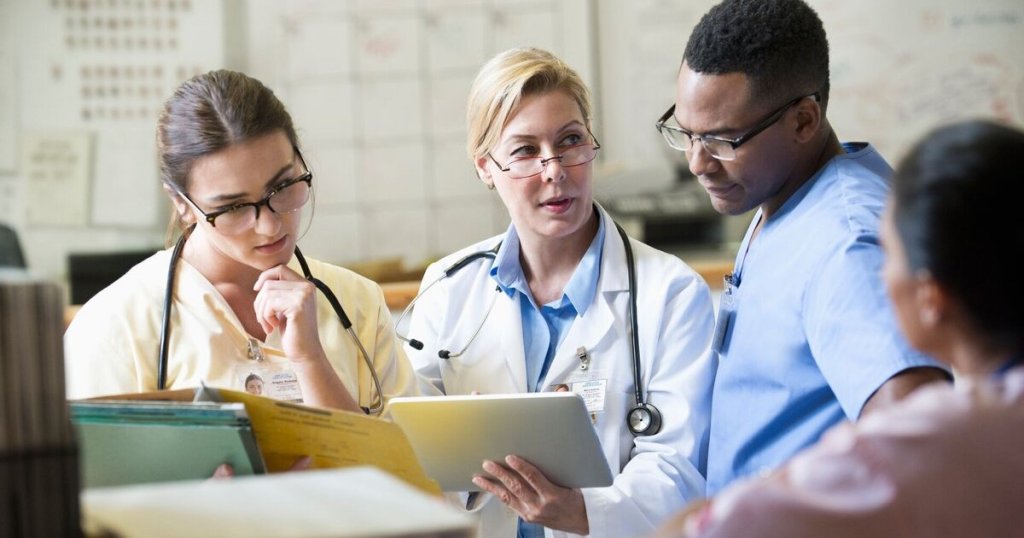 A second NHS official is set to join for Palantir after it was reported that the US software company has emerged as a “front-runner” for a £360million contract.

A spokesperson for Palantir confirmed to Digital Health News that Dhaliwal was joining the company, but said she would not be “working on any NHS related projects”.

“We are delighted that Harjeet is joining Palantir’s UK team, which we are aiming to grow by 250 this year,” they said.

News of the latest appointment by Palantir follows reports that the company is in the running for NHS England’s procurement of a Federated Data Platform. The procurement, which is due to begin in July, is expected to be awarded in November.

The initial market engagement notice for the project outlined a three-year, £240 million procurement to build the NHS Federated Data Platform, described as “an ecosystem of technologies and services implemented across the NHS in England”.

The duration of the contract has since been extended to five years, bumping the price up to £360m, according to a news report by the Financial Times and confirmed to Digital Health News by NHS England.

According to the notice, the platform will be built on five use cases. They include: population health and person insight; care coordination (Integrated Care System); elective recovery; vaccines and immunization; and supply chain.

The procurement will be split between two main lots: the FDP itself – with Integrated Care System (ICS) integration and consultancy and communications support for ICS implementation and adoption – and privacy-enhancing technology.

According to NHS England over 80 suppliers responded to the initial procurement briefing.

The FT report said the briefing materials heaped praise on Palantir’s Foundry platform with “several figures at the NHS” saying “Palantir is viewed as the frontrunner”.

“The current platform is delivering huge benefits and was critical to the success of the vaccination and PPE programmes,” the briefing reportedly said.

The contract for the proposed nationally procured and managed analytics platform is intended to connect and integrate patient and other data sources, and envisaged as underpinning the operation of Integrated Care Systsems.

Palantir is already working with the NHS as it was awarded a £23m three-year contract by NHS England to provide the Covid-19 Data Store, and the platform was one of the tools used to help manage the distribution of the Covid-19 vaccine.

Palantir’s Foundry software has so far been used in the management of ventilators and PPE equipment, delivery of the nationwide vaccination programme and helping plan how to tackle the backlog of 6 million patients waiting for elective care.

In a statement to Digital Health News NHS England said: “The NHS COVID-19 Data Store and Platform pulled in live information from across the country which helped us to anticipate the virus, protect the most vulnerable, put resources where they were needed and ultimately deliver the largest vaccination programme in NHS history.

“Since then we have given NHS teams new predictive technology to help them maximise their available capacity; new software to cleanse and reduce their waiting lists; new tools to help them coordinate care and open up more slots in theatres for routine operations. We have freed up more clinical time to care.”

As fears mount of Palantir’s position in the current £360 million FDP procurement, Foxglove director Cori Crider told The Register: “Palantir spent the pandemic digging into our NHS like a leech and the critter is getting worryingly fat off public funds.

“A firm that mainly supports governments to spy, wage war, and deport has no place in healthcare. Period. But this isn’t just about one – very – nasty company.

“Middle managers at the NHS now hope to make Thiel’s spy-tech firm the ‘operating system’ for the whole NHS – presiding over a massive new ‘Federated Data Platform’ that could sweep in everything from your GP record to your hospital records to social care data.

“This is centralization on a scale we’ve never seen before, and it presents stark questions about who we want seeing our health records and why. Lots of people want to feel safe to contribute their data to help the NHS – in a way they can trust and that gives them control. But who will have the keys to this vast new system, and who really benefits – is it our hardworking doctors and nurses, or will it be government bureaucrats and private firms?

“The stakes are huge. Last year over a million people opted out of the NHS Data Grab because they feared government misuse of their information and profiteering from the private sector. Twelve months later, how many patients have heard of this giant new ‘Federated Data Platform’?

Foxglove has sought details over exactly how it will work, the scope of patient information it will sweep in, and who will have access. We’ve been given almost nothing.

“This presents grave risks to trust in the health service. The government has got to get this right. And if they don’t, we’re more than happy to see them in court.”

NHS England said the NHS COVID-19 Data Store and Platform pulled in live information from across the country, helping it to anticipate the spread of the virus, protect the most vulnerable, put resources where they were needed, and manage the largest vaccination program in NHS history.

Since then, it has given NHS teams new predictive technology to help maximize their available capacity; new software to cleanse and reduce their waiting lists; new tools to help them coordinate care; and open up more slots in theaters for routine operations.

The British OpenDemocracy group said that, “everyone should be worried about Palantir.”