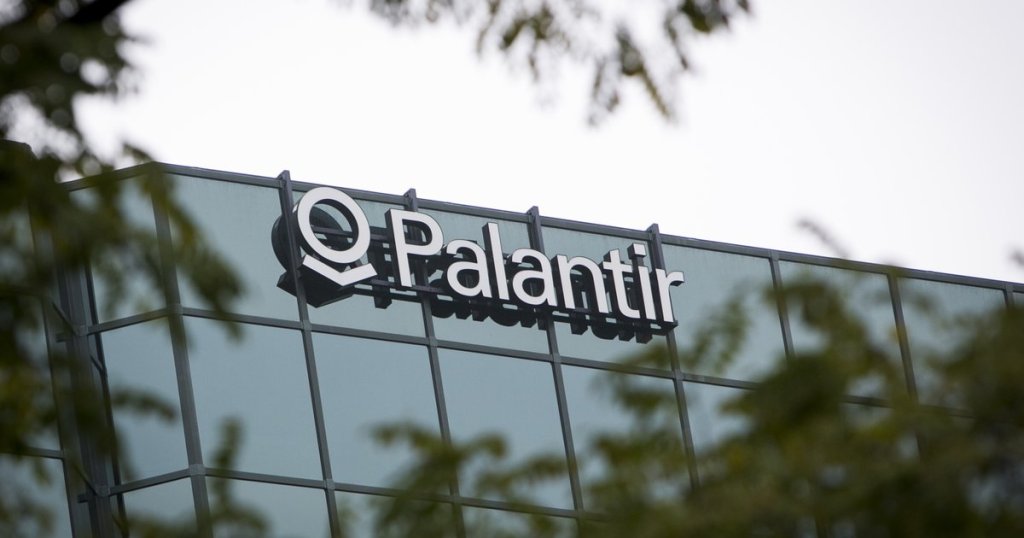 This was part of an exclusive report on Palantir & the COVID vaccination rollout.

Everything so far described, and much else, also fed into a product called Foundry. The ‘much else’ included all the data for the logistics. So, just by way of example – where the vaccine was, when it was likely to arrive, to whom it had been sent, how much had been used and where, with the same applying to the ordering and distribution of all the many consumables needed, from syringes to PPE.

Some 37 apps, to do these and other tasks, were built within it, mainly off the back of templates that it already contained. Foundry pulled together some 350 different sources of data, with feeds from wholesalers and distributors, the national booking system, immunisation record systems, systems for workforce planning and daily reporting by the thousands of vaccination sites. By November 2021, it held more than 200 terabytes of data.

Foundry has been a key tool in the NHS’s biggest ever exercise in operational data integration (Gould et al 2020). It provided, in the repeated words of a number of those interviewed, ‘a single source of truth’ for what was happening within the vaccine roll-out. From where supplies were, to who had been jabbed, and where uptake was low.

‘It meant,’ as one interviewee put it, ‘that the data that could be seen by the vaccination sites, was the same version of the truth as was being seen by Skipton House [NHS England’s headquarters] by No 10 and by the Department of Healthand Social Care’. Or, as one of those out in the field put it, ‘we weren’t all looking at different spreadsheets and arguing about whose figures were right, as has happened in the past’. As Alison Tonge, NHS England’s Regional Director of Commissioning for theMidlands, says, ‘everyone looking at the same data in the same way was really, really powerful’.

Foundry came into the NHS in March 2020 just ahead of England going into its first lockdown. Palantir, the company that owns the product, was called into a meeting at No 10 Downing Street along with a clutch of other consultancies and software providers, including Amazon, Google, Facebook and Babylon (Wright 2021). Without being entirely clear what it wanted, No 10 was aware that to tackle the
pandemic most effectively, it needed data integration. To be able to tie modelling being undertaken for the Scientific Advisory Group for Emergencies (SAGE) on the possible course of the pandemic to supplies of PPE, to give just one example.

Foundry was first used for the ventilator programme – helping work out where ventilators were, what new ones were coming on stream, and which hospitals needed them most. It was then also used to tackle the PPE crisis. It is an off‑the‑shelf product, or more accurately a set of products developed over many years that can be plugged together like Lego bricks. It can pull data from existing
systems that would not otherwise talk to each other. It makes it relatively easy to clean that data up, and it then presents it very visually, relating data from many different sources each to the other.

One way of putting it might be that it allows everything that is happening everywhere to be seen in one place and interrogated and then adapted – although only by those authorised to see the relevant level of data that they need.

As Emily Lawson says, ‘I had seen the power of what Foundry could do for us on the ventilator and PPE programmes. So when it came to the vaccine roll-out, I called up Joanna Peller, Palantir’s lead for us on that, and said “Come and work on this”.’

To understand the power of these tools – Foundry itself and, for example, the vaccine equalities and supply chain apps that sit within it – they really need to be seen in action. Foundry was far from the only part of the IT spend for the vaccination programme. But it is worth noting that the NHS’s two-year licence for the off-the-shelf but adaptable product (which is already used for more than just the vaccination programme) is just under £25 million (Contracts Finder 2020).

By contrast, according to the National Audit Office, Test and Trace spent £155 million in 2020–21 alone, commissioning bespoke digital and data services that struggled to produce the desired outcome in what is a simpler exercise than tying together the many data sources needed for the vaccination programme (NAO 2021).

One of the reasons the IT worked well, according to Simon Stevens, then Chief Executive of NHS England, was that the design principle was: Build off the best of what you have already got,10 and if you have not got it, keep it really simple. Trying to design something completely from scratch that was over complicated – we avoided that. Designing in resilience was a key part of this.

The NHS, it might fairly be said, does not have the world’s greatest reputation for the use of IT. General practice was arguably a global pioneer in its use. It has long been computerised, for want of a better word, although the two most common systems that GPs use in England do not easily talk to each other.

People do now have a very high-level summary care record that hospitals, GPs, the ambulance and community services can access. But, despite large investments, the NHS still does not have a full electronic patient record readable across hospitals, general practice and the rest of the NHS, let alone one that can exchange key information with social care.

The IT for the vaccination programme, however, worked. And, in the main, it worked well. For the non-IT literate what follows may be a stretch. But the IT was a crucial underpin of the programme. It can be illustrated by big numbers.

More than 30 different IT systems were involved (NHS Digital 2021). A national booking system had to be created which, at its peak, was handling an average of 750 bookings per minute. Between early January 2021, when it issued the first invitations, and June 2021, by which time all adults had received an invitation to their first dose, 49 million letters and 29 million texts had been despatched.

There have, of course, been many more since. At the time of writing (November 2021), more than 750 million bits of kit had been ordered, allocated, delivered and recorded via Foundry, one of the programme’s key tools

This comes after, another NHS official joined Palantir within recent times.

A second NHS official is set to join for Palantir after it was reported that the US software company has emerged as a “front-runner” for a £360million contract.

A spokesperson for Palantir confirmed to Digital Health News that Dhaliwal was joining the company, but said she would not be “working on any NHS related projects”.

“We are delighted that Harjeet is joining Palantir’s UK team, which we are aiming to grow by 250 this year,” they said.