Why Are The Legacy Media Still Trying To Bury Tesla? 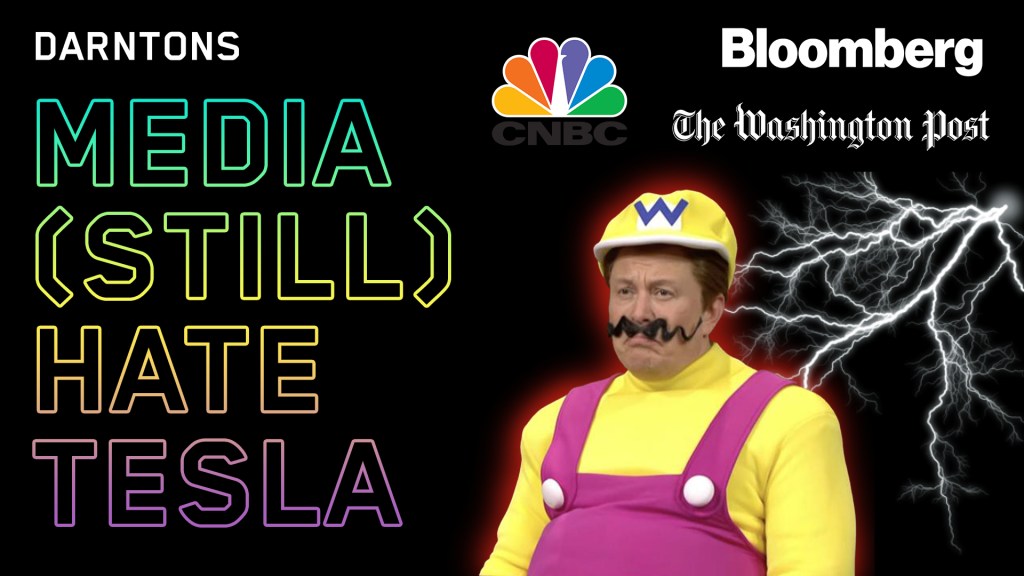 Tesla just revealed their Q2 2022 delivery numbers and as always, the spin from the legacy media is mostly negative, even manipulative.

Tesla just posted its second-quarter vehicle production and delivery numbers for 2022. Here are the key numbers:

Delivery numbers, which are the closest approximation of sales reported by Tesla, fell just shy of analysts’ expectations.

The correct statement would be — Tesla managed to deliver 254,695 vehicles despite a shutdown in the Shanghai factory and general supply chain disruptions.

Very conveniently, the analyst estimates are adjusted regularly (as they should be) and CNBC was originally reporting that the estimated deliveries were 250,000 just a few days before the official data were released. And this figure was adjusted upwards just to appear that Tesla missed the expectations.

However, this is not a new phenomenon at all and it is important to understand the dynamics that cause this negative spin. Legacy media do not like Tesla.

And here are fa ew more headlines on the same topic:

Tesla has always been a black sheep in terms of its advertising habits. Elon Musk is not really interested in spending money from Tesla’s coffers on advertising compared to traditional automakers that are used to advertise in print, television, and web. Most automakers spend anywhere between $400 and $700 per car on advertising, compared to Tesla’s $0.

Tesla gets most of its clout through its sheer ability to create an organic following. Satisfied customers and fans are the brand’s loudest ambassadors. There are tens of websites as well as youtube channels and Twitter accounts dedicated to scooping all the available information and pushing it further.

Legacy auto cemented the ties with media over decades of their existence. Even the first mass-produced vehicle, Fort Model T was advertised. It was a brand new and revolutionary product in the end. The adoption of automobiles relied on advertising. In the past millennium, advertising was relatively inexpensive compared to the effect it provided. Advertising was growing and becoming more prevalent. Eyeballs were getting saturated.

With more and more products to sell, advertising agencies and media houses became increasingly intertwined. That is especially true for automobiles, usually the second most significant expense of the modern family after their primary residence.

Such an expense is not an impulsive decision and even though the relative availability of credit still makes the consumer think twice about such a purchase and the cost of marketing is higher and rising year by year.

In 2020, 12 biggest automakers spent $11.8 billion on advertising, spread across television, print, web and other. Media and automakers have a symbiotic relationship.

And of course, it makes perfect sense, at least in the short term, to continue this relationship, even though it undermines the credibility of traditional media in the long run.

Due to this fact, any negative press about Tesla is a free game, since Tesla is not advertising itself. On the other hand, if traditional media would run a negative piece about Ford, while having Ford ad next to it, the Ford execs would just call the media and start asking questions, as per Elon Musk.

Media are simply a product of their age and relationship built over a long period of time and it is important to be aware of these facts as they are damaging Tesla’s reputation in the short term, while simultaneously undermining themselves in the long run.