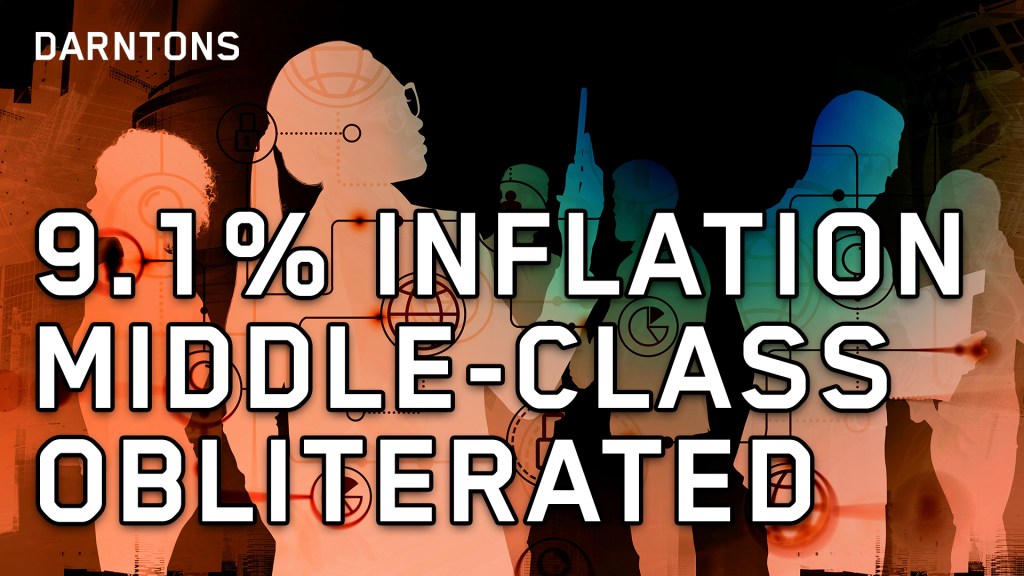 CPI June 2022 numbers are in and whoever thought the inflation peaked already was sorely mistaken.

June inflation hit a new four-decade high as prices increased 9.1% YOY, according to the government’s latest report. We are now seeing the highest inflation since 1981 and this is after all the changes they’ve made to CPI measurement to keep it artificially suppressed.

And the situation is even worse in Europe, where the inflation for most of the eastern European countries is well into double-digits with Latvia, Estonia and Lithuania all oscillating around 20% and the rest of the former Eastern bloc anywhere between 10 and 20%.

Middle-class feels the pain of inflation

As usual, the one that gets screwed is the middle class. The income to median house price ratio is now higher than during the peak of 2006/2007.

Regular people are now being crushed from all sides with gas prices at record highs, and mortgage rates rising, all of this on top of CPI June 2022 numbers. The savings rate is now well below 5%, much lower than during the pandemic and lower than the usual 5-10% average.

High inflation has been wreaking havoc on the economy and consumers, with consumer sentiment steadily declining in the face of high gas and food prices. The new numbers are also likely to keep an aggressive Fed firing away as it looks to tame prices, but could push the economy into a further decline.

Inflation was led by shelter, new and used cars and trucks, and motor vehicle insurance. Taking volatile food and energy prices out, prices increased 0.7% higher than last month. Core inflation is up 5.9% YOY.

The caveat is that gas prices have dropped drastically recently. A month ago, WTI Crude was trading at $120/barrel, but today it is trading at $97/barrel. The Biden administration says this data doesn’t reflect today’s current conditions as many commodity prices have dropped as of late. However FED and administration have been downplaying inflation for months now, do we trust them now? You decide.

There is simply not enough stuff to buy which drives the prices higher. With the improvements in Ukraine nowhere in sight, the problems are likely to persist and the other might be at least several months of economic decline.

When will the jobs get affected?