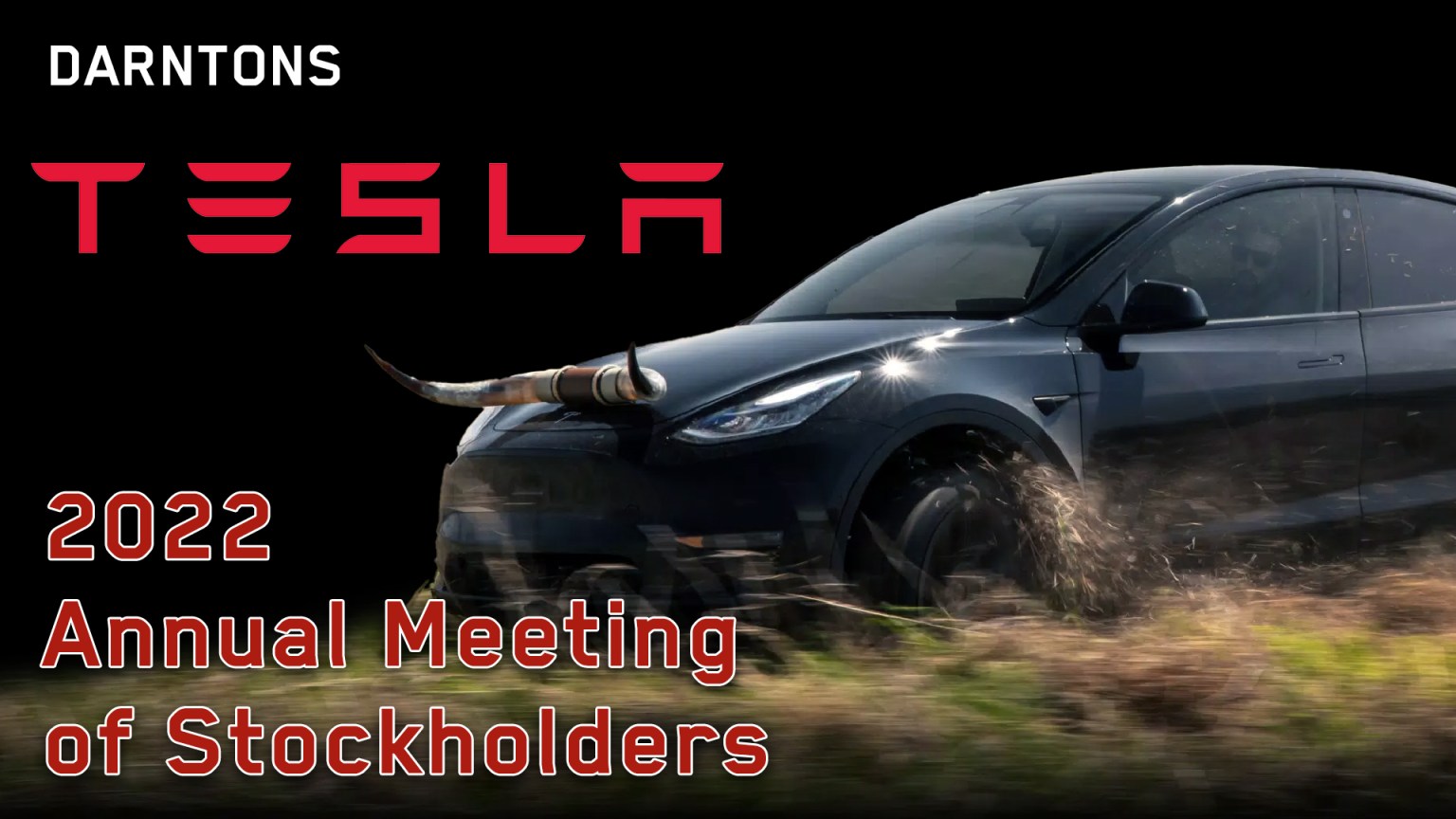 Tesla continues to deliver and often shocks even the biggest bulls. Elon Musk himself took the stage during the annual Tesla shareholder meeting which took place in Tesla’s Giga factory in Austin, Texas.

His candid and straightforward demeanour and confidence in the abilities of his team were highlighted. He shared many important milestones Tesla already achieved as well as laid out a plan to further dominate and improve the world as we know it.

The following are the highlights and most important data points from the Tesla shareholder meeting.

That is well on track for the bigger goal and Tesla is expected to announce a new factory probably before the end of the year, as Elon himself confirmed.

In total, the plan is to build 10-12 Giga factories with an average output of 1.5-2M per factory. That would mean yearly output of up to 20M vehicles, making Tesla approximately twice as big as Toyota during its best year.

The rapid production rate also helps the exponential curve of the overall fleet size. Tesla just recently made its 3 millionth car and with a run rate of 2M cars per year, the fleet will almost double just next year alone.

With the vast amount of data collected, Tesla further widens the moat it rightfully achieved. More data allows for better results for their FSD, which is especially crucial for the final stretch towards perfection as Elon explained during Tesla shareholder meeting.

In 2021 Tesla also achieved cumulative profitability. During the first decade of its existence, Tesla was financing its operations through debt issuance and diluting stockholders, however, the massive flip to profitability that fully materialized in 2021. The year that in itself paid off almost all the years of capital expenditures before.

And as Elon explained, especially the years of 2017-2020 were the hardest with the ongoing production ramp, which required extreme capital as well as mental effort.

At the moment Tesla has the ability to generate roughly $7B of free cash flow per year.

This number should also expand massively with the further rollout of FSD which Elon claims should bring in even more profit than automotive.

Even though EVs are still the new thing compared to ICE vehicles, Tesla proves that the operating margins can be much better. That is mainly possible thanks to Tesla’s superior engineering capabilities as explained during Tesla shareholder meeting.

This is exemplified by the simplification of the metal chassis. The original Model 3 had 171 pieces that needed to be welded together. Compare that to the most recent Austin-made Model Y which has only 2 pieces and thus requires 1600 fewer welds.

As the factories in Berlin and Austin are specifically designed for Tesla, compared to the refurbished Fremont factory, the energy needed to produce vehicles is about 17% less. All that translates into improved margins and as Tesla scales, the economy will get even better.

Elon sees the manufacturing prowess as one of Tesla’s main moats, as Tesla allows other automakers to use their patents. So even though the competition has access to the technical inventions done by the Tesla team, they still need to figure out how to make it happen and do it at scale.

During the Tesla shareholder meeting, Elon mentioned that it is widely known that both Tesla and SpaceX dominate the first two positions of the most desirable companies for engineering graduates. Tesla has essentially unlimited options to pick the best talent. This is yet another reason why Tesla will continue to dominate and the rest will be left behind with disadvantages.

Energy production is crucial in order to move humanity forward and it is refreshing to see that Tesla Solar Panels now produced more energy than the factories used for operations AND Tesla cars used for charging combined.

And the energy side of Tesla is the segment that is on the back burner, however as the path for Tesla automotive is getting very clear, there might soon be more focus on scaling the energy generation and storage division.

Elon also highlighted the importance of recycling the batteries, however as he pointed out, the vast majority of them are still in use as their lifecycle spans 10+ years. The technology is in place, though, and ready which means the need for resources in the future will be slightly alleviated.