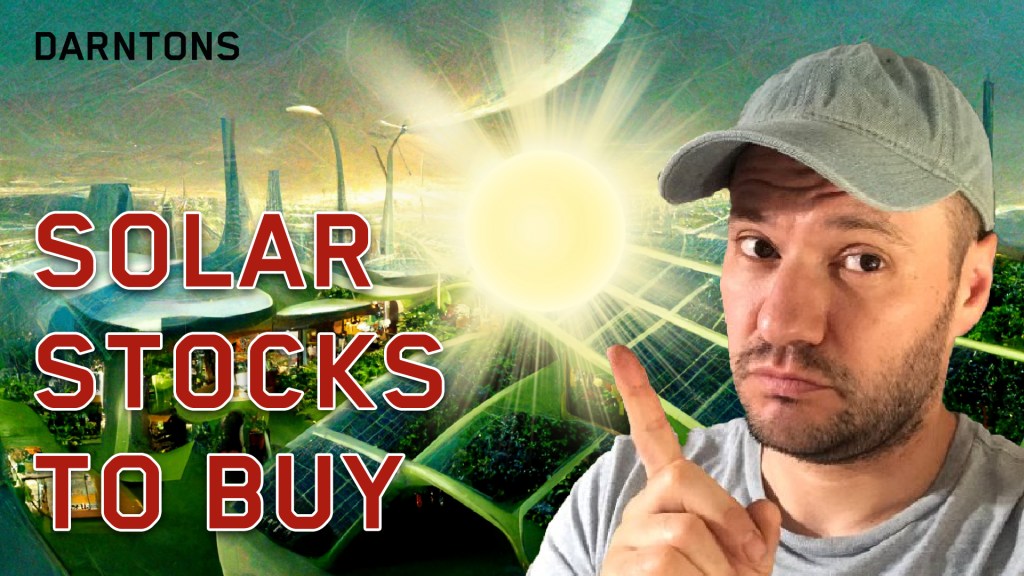 Solar energy stocks have a tremendous potential to ride the S curve of solar energy adoption. At the moment, the world production of energy consist of less than 1% of solar energy. However, the technology is becoming exponentially better. On one hand, the production from the same area is rising and the price for the panel is falling.

Watch the whole episode with Vitaly and Carlos from Freelancer Finance below:

Every day, 23 000 TW of energy hits the surface of the Earth. People usually underestimate the potential. So much energy just to sustain the life on the Earth. We literally have ball of fire in the sky pumping energy our way. All that energy can be harnessed.

It is absolutely amazing!

One method how to measure the advancement of a civilization is a Kardashev scale. A civilization that can harness all the energy if its homeworld is 1 on the scale. We are currently 0.7.

Surprisingly, less than 1% is the current market penetration. And as Vitaly explains, thanks to incentives, in many states, solar panels are heavily subsidized and energy for his house is thus essentially free.

And even though the advantages are undeniable, many people still do not know. This is also why there is still such an opportunity. We are still early.

Another reason why the adoption is not as fast as it could is the opposition due to visual aesthetics, where HOA might often be against solar, or at least on the visible part of the house.

During times like 2022, when energy prices are skyrocketing, it is paramount to produce as much as possible. We have the means, but are we willing to do what it takes?

DC energy produced by panels needs to be converted to AC which is used inside the house. Enphase manufactures the part that ensures that conversion and does it extremely efficiently. Every solar panel needs an inverter. Enphase is the one of the two companies that do this. The second being the SolarEdge.

Enphase and SolarEdge are duopolies. There is no third choice. Every installer in the country offers you either of the two.

And it is important to note that the US is well positioned, as there are over 2400 sunlight hours per year.

Vitaly and Carlos thus believe we are at the beginning of the exponential growth of the solar.

On the negative side, it is crucial to understand there are many players that want the solar to fail. There is a risk of excess taxation on solar panels, recently there was a special tax on solar cells introduced in California.

On the path upside are many catalysts that can derail the adoption. There are people with billions of dollars that do not want the solar to succeed.