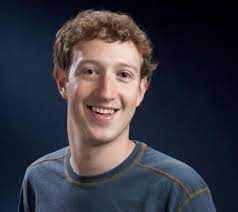 Firstly, it is wise to note that business is never formulaic, unlike domains such as science or math. Instead, successful companies are often totally unique. The next Elon Musk will not create an electric vehicle company, the next Bill Gates will not build an operating system, and the next Mark Zuckerburg will not create a social media platform.

The same business will never be built twice. Every business is paradoxically unformulaic and unique.

However, whilst saying that, there are some interesting overlaps, in terms of strategy, between successful companies that are worth pointing out. This includes secrets, monopolisation, and foundations.

From an entrepreneurs perspective, this can give way to some interesting insight into how to build the next $100B start-up.

Secrets are the key behind all successful companies. A secret is defined as something in which is unknown, however is also possible to find out.

This is in comparison to a mystery, in which is defined as something that is impossible to know. And, on the other hand, a convention in which is commonly known. Secrets lay within the midsection of a conventions and a mysteries. This is often where truly successful companies are formed.

Within business, entrepreneurs must identify secrets. This is the key behind all successful companies. Within the case of Facebook during inception phases, Facebook uncovered a secret. Whilst the landscape within the social media scene was heating up back in the early 2000s, Facebook’s success was based on the discovery of real online identity.

Other social media platforms included Friendster, or MySpace, however these platforms prioritised pseudonyms, or hidden online identities as a matter of online-to-online communication. Opposingly, Facebook prioritised and emphasised the importance of real identity online. It turned out that this was a hidden secret that was previously unknown. Real identity on Facebook skyrocketed the usage of the platform, and encouraged others to join the network.

The best place to look for secrets is fairly logical. Secrets are likely found within domains that have not yet been institutionalised, or standardised. Thus, a field such as physics is likely to be a poor domain to look for secrets. This is because physics is a popular study at all universities, and is a topic that has been institutionalised at scale.

However, a good domain to look for secrets will be within untouched domains such as nutrition or astronomy. Specifically, when you look at nutrition, this is a domain that has had little attention within the past few decades. In fact, the majority of studies completed within this field are 5, or 10 years old. Similarly, there is rigorous debate and discourse in regards to the utility of these studies, and within society there is often debate regarding the best diet or workout regime. Nutrition is filled with unknowns.

Overall,  nutrition is probably a domain that contains secrets due to it’s untouched features.

Secrets are the foundation of all successful companies.

Moving on, monopolisation and the creation of something brand new is the path towards the next $100B company. Society does not need another perfectly competitive coffee shop in central London. There are too many companies that are within perfectly competitive environments. Instead, society needs entrepreneurs to focus on hard problems that nobody else is currently working upon.

The key question entrepreneurs need to ask themselves: what valuable company is nobody else currently building? This is the question that will innately lead to monopolisation. Also, this is where most value lies.

“For example, U.S. airline companies serve millions of passengers and create hundreds of billions of dollars of value each year. But in 2012, when the average airfare each way was $178, the airlines made only 37 cents per passenger trip. Compare them to Google, which creates less value but captures far more. Google brought in $50 billion in 2012 (versus $160 billion for the airlines), but it kept 21% of those revenues as profits—more than 100 times the airline industry’s profit margin that year. Google makes so much money that it’s now worth three times more than every U.S. airline combined. The airlines compete with each other, but Google stands alone.” (Peter Thiel)

However, within monopolistic markets, the company sets the price. This gives the monopolistic company pricing power over what they charge for their service or good. Within these monopolistic markets, the dominant company stands alone. This company therefore has the ability to generate meaningful profits, and reinvest these into future domains. Monopolistic companies have the ability to look towards the far future, and deploy capital towards shaping the future. Within perfectly competitive markets however, these companies are constantly in a rat-race to compete over the short term targets and the next few quarters. Holistically, this competition results in very short term thinking, poor profits, and little market power. This leaves the company no room to innovated within the long run.

Monopolies are the function of every successful company.

I am not talking about bullies, or illegal monopolies. I am speaking about companies that are so good at what they do, no other company is comparable.

Being monopolistic is part of a scale. Monopolies sits on the far right of the scale, and on the opposing side is perfect competition. Your company wants to be on the monopolistic side.

Creative monopolies are companies that dominate a certain industry, however, also provide immense societal good. This should be the ultimate aim for entrepreneurs.

A business that creates something brand new could focus on the following:

These innately are monopolistic because nobody else is working on these domains. To create something brand new, you must look into the future. And then, you must create that future.

Within business, the most vital choice to make is who you cofound the company with. This decision will be the most important decision for the company. A business cofounder is like a marriage partner. You will be with them 24/7, every day, of every hour.

Would you marry someone 2 hours after meeting them at some random event? No, of course you would not. Well, the same applies within business. You should not cofound a company with someone you have just met at some networking event. Ideally, you want to cofound your company with a true friend – someone you have known for 10, 15, or 20 years.

Would you marry a random person met at a networking event? No, of course not. The same is true for companies. Choose your cofounder wisely.

A Contrarian Take: Why You Can Not Invest Into Chinese Equities (Human Organisation & Game Theory)