“How To Find The Next 10X Stock?” Antonio Linares Explains 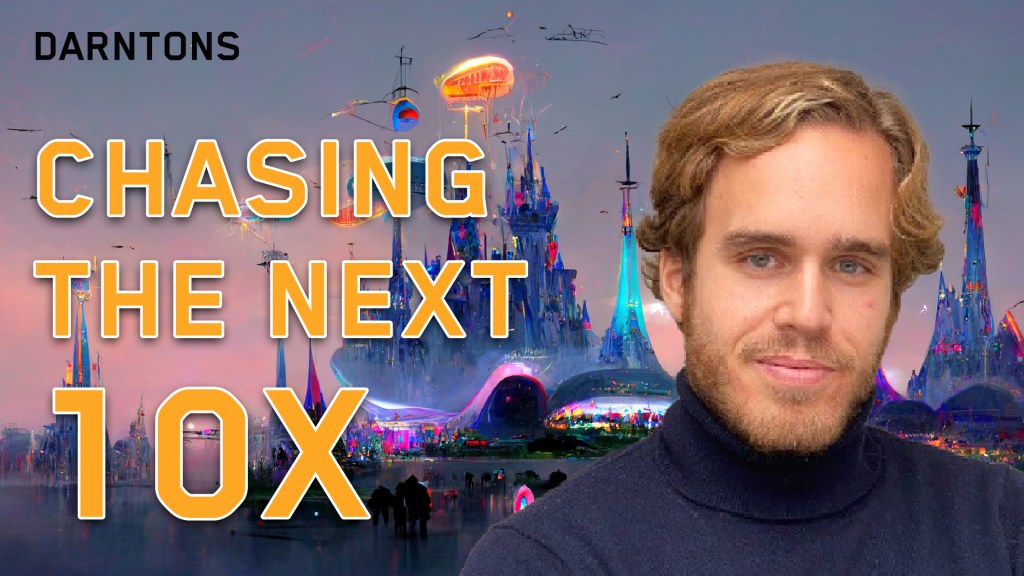 “Mind if a dial-in from the beach?” Antonio Linares asked when I tried to schedule an interview with him. Enigmatic investor, who made 25X on AMD and 7X on Solar City, enjoys being distanced from the madness of the daily market fluctuations and rather looks towards the future, chasing the asymmetric bets.

Before reading his substack “Investment Ideas By Antonio” or listening to the podcast episode below, read the summary of the mental models that made this iconoclast outsized returns. The first half of the interview is covered in this article. And also make sure to listen to Episode 07.

“The bets you take in life, are the direct expression of your beliefs”

How Did Antonio Linares Develop His Investing Style?

The stock market is a system in which you can buy a piece of business. so what you need to understand is there are so many different businesses in different sectors. That means there are so many angles on how to approach a problem of which company is better than the other.

And being away from a hectic lifestyle, by the ocean in summer and in the mountains during winter helps Antonio to obtain a fresh perspective. You must detach yourself from the flow of time to be able to observe it. If you get too close, the edge disappears.

Antonio started his portfolio with a concentrated bet, half AMD, half SolarCity.

The success can be attributed to deep thinking and multi-year vision. Antonio is not afraid to hold and let his thesis play out. The quarterly circus of Wall Street deserves zero attention from Antonio.

Every 3 to 6 months, Antonio gets obsessed with a new topic and studies it deeply, for hours at a time. And he has been doing this for years. The compounding effect works not just in the market, but with knowledge as well. Topics weave together and new connections become apparent.

Humanity and wealth generation is about unlocking the potential of atom configurations. Manipulating matter to yield a beneficial arrangement. Over the course of our history, we have been increasingly better at manipulating the building block of the universe to drive our progress and liberate us from material constraints.

Traditionally, we were figuring the ways how to manipulate the world with our brains. Now we do that with computers, emphasizes Antonio Linares. With the advent of semiconductors, we turned that information game into a race and hypercharged the progress.

Spotify, for instance, most people will see as a music app but Antonio actually sees it as a platform that’s advancing the way information gets packaged and shared because for millions of years we’ve been sharing information primarily through spoken language but the internet left this media format behind.

Although it looks like a music app it’s actually an incredibly powerful company it’s a very sticky product and it has a phenomenal culture.

Culture is actually a company’s most fundamental asset but it’s not just that it’s basically an audio network in which nodes either emit or consume audio files and as the company is adding new verticals. It is moving from music to podcasts to now audiobooks and eventually sports and education.

It is basically accelerating the way that humans can exchange information because with the advent of the internet, it’s true that the sharing of information has been accelerated but we have to look at a screen and then with audio, this fundamentally changes so now someone that’s maybe listening to a podcast doesn’t have to be looking at a screen.

Actually, it’s actually a quantum leap in terms of the amount of information that a human can share or consume right at a default state of just natural activity.

What Palantir does is it enables companies to deploy a digital twin which is actually a sort of information copy of the analogue operations of a given company so it’s basically figuring out new ways to put atoms together and deal beneficial outcomes.

Palantir has an optimization function. We have to minimize the inputs and maximize the output so when you put a digital twin into it, you’re basically gathering all this information that otherwise humans wouldn’t be able to process with our biological brains and then we’re just figuring what levers to pull when and how to what degree in order to optimize this function.

Minimize the inputs and maximize the output so it’s all humanity does is actually just process information and you actually see this in the labor market. The humans that get paid more are actually the ones that can obtain more leverage by simply processing information and having judgment be the core asset so all the companies that tap into this matrix are at the core wealth generation mechanisms.

The Pace Of Innovation

The truth is that most of the world isn’t digitalized so when we talk about these investments we’re actually talking about a very small corner of the human universe and the runway ahead is very large.

You just have to get a sense of where information really is, driving GDP.

When people talk about AI and they talk about blockchain, it always comes down to where have we generated incremental wealth and it’s actually happening in very abstract planes in the economy.

Talking about digital trends with talent here who are going to deploy a digital twin, actually just the top companies on the planet and the companies that aspire to be the top companies on the planet wil deploy them. So the thesis is: we are in very early stages and even when we look at semiconductors the amount of computation we require today is exponentially larger than the one we did 10 years ago but what’s going to happen in the next 10 years is it’s going to exponentiate again.