How I Plan To Live Forever (Not A Joke) 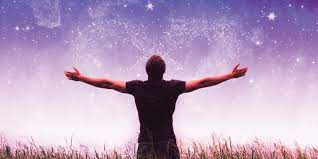 Death has commonly been accepted as a way of life, and an irreversible condition of civilisation. However, this archaic way of thinking is very far from the truth, and more research is emerging that death itself is actually a disease.

Yes, death is a disease. Similarly, to cancer, dementia or cardiovascular diseases, death itself is treatable, curable, and preventable.

Unfortunately, there is no such thing as a natural death. Death is brutal. The idea of passing away gently in your sleep is a fallacy at best. After we draw our last breath, our cells will scream for oxygen, toxins will accumulate, chemical energy will be exhausted, and cellular structures will disintegrate. A few minutes later, all of the education, wisdom, and memories cherished, and all of our future potential irreversible erased.

Growing old for some may seem like a distant event, but in reality – everyone grows old. And, everyone is likely to experience the end of life (for now).

In the final moments of life, one is transformed from a person with memories, laughs, and knowledge, to a twitching, chocking mass of cells, all fighting over the last residues of energy.

Death is horrible. There is no getting around that fact.

So  – why not reverse it? Why can’t we live forever? Why can’t we live until 240 years old, whilst still maintaining cognitive abilities and physical functions. In the near future, this will all be a reality. And, this future is coming faster than we all anticipate.

The idea of death has been routed so deeply within our subconscious mind that often, when I explain to people my views on death, I am met with outrange and disbelief. Interestingly, this same outrage and disbelief has occurred within the past. Often, when one explains a contrarian view, and this view is so deeply divorced from conventional narratives, this new view can be very hard to digest.

The same paradox occurs when new technologies breakthrough, and suddenly infiltrate themselves within society. Cast your mind back to the inception phases of Tinder, and online dating. At first, the idea of dating online, meeting someone random from the internet, or even posting pictures of yourself on an app, was commonly considered as unacceptable. Many people viewed this new technology as outrageous as it went against so many common societal normalities at the time. However, slowly as consensus changes, this is suddenly viewed as a convention of life. A normality. Nobody even gives a second thought when using online dating platform like Tinde nowadays. It is so common nowadays, that it can actually become very hard to understand societies thought process before the technology was implemented.

Well, the same will happen with death. Currently, everyone views death as a mandatory condition of life. But, in reality – this is not true whatsoever. Back in the 1960s – just 60 years ago – cancer was viewed as an inevitable condition of life. Everyone would eventually get cancer. And, everyone would unfortunately die a hideous death via cancer. Cancer was considered as a normality of human life.

Obviously that is now viewed as utterly absurd. Cancer is not a condition of human life. We can cure cancer. We can treat cancer. And therefore, more people live longer via better cancer treatment.

The point being, when society and the medical community does not fully understand the reasons behind an illness, one often assumes that this is an uncurable illness or condition. But, as technology advances, we recognise how naïve we previously were within our understanding of a set illness.

Death is fundamentally a disease. Aging does not have to happen. In the near future, humans will be living until 150 years old, with full cognitive and physical abilities. This will soon become a reality.

The idea behind solving death stems from a modern line of thought – namely, the Information Theory Of Aging. This theory states that aging is simply a loss of information. Previous flawed theories included: the idea that there is a mistake during the DNA process, thus leading to mutations, and the idea that impaired electrons whiz around the cells thus contributing towards aging. The scientific community has deemed the Information Theory Of Aging as the most logical and plausible – specifically in light of new research and knowledge.

Via the Information Theory Of Aging, aging and the diseases that come with it are the result of multiple hallmarks of aging:

Researchers have begun to agree that, if you can address these hallmarks – you can slow down aging. Slowing down aging means one can forestall diseases. Forestalling diseases means you can push back death.

There has been breakthroughs in regards to longevity genes, and methods in which we can activate these genes in order to prolong our lives. One longevity gene that is currently being studied rigorously is called a sirtuin. There are seven sirtuins is mammals, and they are made by almost every cell in the body. This family of genes is at the forefront of medical research and longevity.

Sirtuins are enzymes that remove acetyl tags from histone, and other proteins and, by doing so, change the package of the DNA, turning genes on and off when needed.

Sirtuins order our bodies to knuckle down in times of stress, and protect us against the major diseases of aging: diabetes, and heart diseases.

Sirtuins mute the chronic, overactive inflammation that drives diseases. They prevent cell death and boost mitochondria, the power backs of the cells.

In studies on mice, activating the sirtuins can improve DNA repair, boost memory, increase exercise endurance, and help mice stay thin, regardless of what they eat.

Another study within rats has revealed some staggering results. With 20 month old rats (60 years in human terms) science has shown that with the boosting of NAD, this has allowed a rat to run over 3K meters. With the introduction of NAD, these elderly rats have been able to run ultra-marathons. For rats, 1K meters is impressive. 2K – five times a running track – would be superb for a young mouse. But, over 3K for an elderly mouse is totally unheard of. In fact, during the trial – the elderly mouse with NAD actually broke the treadmill – indicating that the mouse may have been able to run even further.

There are a range of other longevity genes including: TOR, and AMPK.

The important point is that there are a range of stressors that will activate these longevity genes. These stressors includes: fasting, exercise, low protein diets, and exposure to hot and cold temperatures. This process of being under stress is referred to as hormesis. When hormesis occurs, the body hunkers down to conserve, and to survive a little longer. This is the start of longevity.

The good news is, regardless of age, you can start now. You can start elongating your lifespan now, and live another 10, 20, or even 30 healthy years.

The reason as to why these 3 domains can elongate life is based on a scientific term called hormesis. Hormesis refers to the action of being under stress. When being under stress, this calls upon the body to conserve, and to survive a little longer.

When it comes to fasting, there have been staggering results in regards to longevity. The modern diet, and lifestyle for that matter is totally divorced from our natural ways.

As a general rule of thumb, eating less often has been the best advice for slowing aging over the past 20+ years of scientific research. In animals, the restriction of food just slightly – to the point of hunger – has shown an increase within longevity. Via caloric restriction, this engages the survival circuit, boosting cellular defence, and slowing down aging.

Within a study on monkeys, this has reinforced our beliefs. Before the study, the maximum lifespan for any monkey was solely 40 years. But, of twenty monkeys in the study that lived on calorie restricted diets, six reached that age, in which is roughly equivalent to them reaching 120 years old in human terms.

It also matters what we eat. As a general rule of thumb, eat more vegetables, legumes, and whole grains. One should consume less meat, diary, and sugar.

In regards to the downside of animal protein consumption – there is not much debate. In fact, study after study has shown that heavily animal based diets are associated with higher cardiovascular morality, and cancer risk. Processed read meats are specifically bad. There has been a clear link between read meats and pancreatic, and prostate cancer.

However, alone fasting and eating correctly is not all we must do. Physical activity is also incredibly vital in regards to longevity. Whilst exercise improves blood flow, lung and heart health, and gives us stronger muscles, above all – exercise delays the erosion of telomeres. Those who exercise more, have longer telomeres. This is because, exercise by definition is the application of stress to our bodies. It raises NAD levels, which in turn activates the survival network, which in turn improves levels of energy production, and forces muscles to growth extra oxygen carrying capillaries. The longevity regulators are all modulated in the right direction via exercise, regardless of calorie intake.

Intensity of exercise matters. HIT has often been deemed as a good exercise process. It is vital for us, as humans, to become hypoxic via exercise daily. This will activate hormesis on the body.

Exposing the body to cold, or hot temperatures can be another way to elongate lifespan. Homeostasis is the tendency for humans to seek a stable equilibrium. However, as a general rule of thumb – we should constantly push ourselves in order to reduce disease and increase life length. Getting out of the thermo-comfort zone is fundamental for activation of brown fats, and thus signalling to the rest of the body that this is a time to knuckle down, and to turn on our survival circuit.

Death is a disease. We can act now to improve our lifespan. In the future, via advancements in medical technologies, medication will also increase our lifespan drastically. We are going to live healthier, longer, and better. This is the most noble goal to pursue. Death sucks. Why die? Let’s elongate lifespan. Why don’t we solve the issue of death? We will. I am confident. Let’s solve death for once and for all!

A Contrarian Take: Why You Can Not Invest Into Chinese Equities (Human Organisation & Game Theory)