Palantir, The Foundation, And Perspicacity 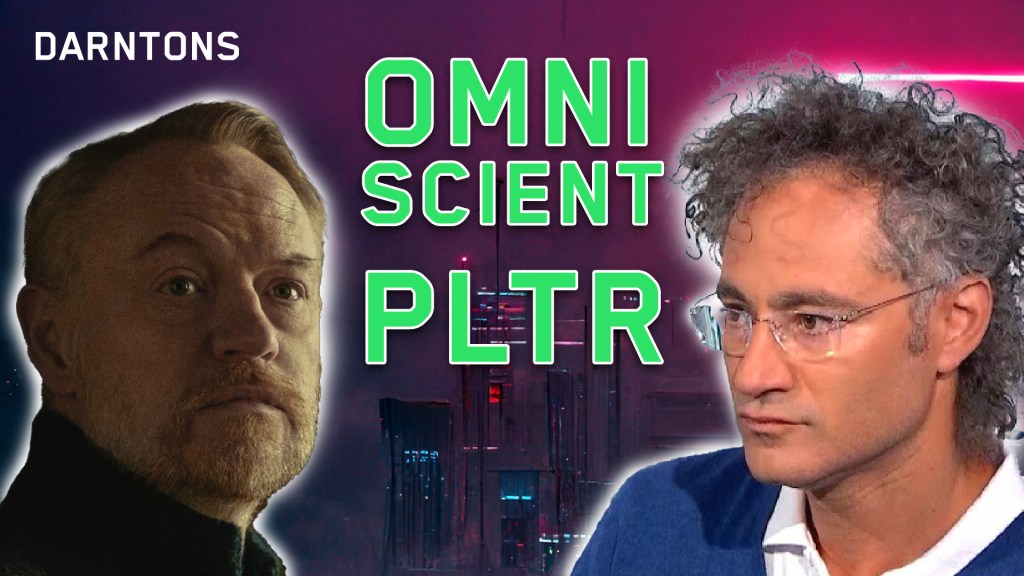 What I am going to tell you is a completely nonsensical association that occurred to me one day. Palantir, a piece of science-fiction concept of tomorrow, alive already today, psychohistory.

You know, one of those ideas that just hit, out of nothing. And you have to write them down or they fly away. Those little sparks. Shards of geniality, fragments of madness. Psychohistory. Let’s start from the beginning, shall we?

“The fall of Empire, gentlemen, is a massive thing, however, and not easily fought. It is dictated by a rising bureaucracy, a receding initiative, a freezing of caste, a damming of curiosity—a hundred other factors. It has been going on, as I have said, for centuries, and it is too majestic and massive a movement to stop.”

Psychohistory is a concept that first appeared in the novel Foundation by Isaac Asimov. It is an amalgam of psychology, history, sociology, statistics and mathematics.

It digs deep into why history happens, and how it can be predicted based on our understanding of humans, their interactions, group dynamics, childhood, dreams and aspirations, and creativity.
Understanding psychohistory on a very high level is almost equal to being omniscient.

By understanding these aspects of what drives human actions, we can extrapolate what is going to happen. Laws of statistics applied to big enough groups can provide answers to how will people behave as an aggregate.

In the books, psychohistory was developed by Hari Seldon. He developed and stored the psycho-historical equations showing the future development of humanity.

And he acted upon what he has uncovered through the use of psychohistory.

The foundation of psychohistory is the belief that, while it is impossible to forecast an individual’s behavior, one may predict the overall course of future events by using the statistical rules that apply to huge populations of individuals.

Asimov used the example of gas to illustrate how difficult it is for an observer to predict the motion of a single molecule in gas but how accurately the kinetic theory can forecast the mass action of the gas.

Asimov used this idea to describe the one quintillion people that made up his imaginary Galactic Empire. Hari Seldon, the person who invented the science, set two axioms:

The Effect On The Universe

Seldon used psychohistory to foresee the demise of the Galactic Empire; this was a centuries-long process that had already started and was too far along to be reversed. Following this, there would be 30,000 years of barbarism before the galaxy’s myriad small kingdoms eventually came together to form a Second Empire.

However, it was conceivable to employ psychohistory to change the course of history in a way that reduced the length of this “Great Interregnum” from 30,000 years to just 1,000.

In order to carry out his plan, Seldon establishes the Foundations, two organizations of scientists and engineers located at the opposite ends of the galaxy. The Foundations serve as the pillars of the future galactic empire by upholding the ethos of science and civilisation.

Is This Article Even About Palantir?

Patience my young padawan. Do you see it now? Can you see it with clarity – the path I have outlined? The shimmer of butterfly wings? Palantir Psychohistory

Palantir is the first one to truly attempt to predict what is going to happen – akin to psychohistory. And of course, we are nowhere close to what Hari Seldon discovered.

But it is a great start. Being able to foresee. What is going to happen? Prevent certain events from happening.

With enough data, data that is structured, unravelling the yarn of the chaos, we are now able to make better decisions. How to approach certain problems? How are certain parameters going to influence others? We need to simulate what is likely to happen. The same way Hari did with psychohistory.

In retrospect, digital twins will be viewed as one of the key catalysts for human productivity, enhancing businesses’ capacity for information gathering and processing. In foundation, the fate of the galaxy was simulated, we are not that far yet, but we have to start somewhere.

And clear examples exist. Tesla has had such a success mainly thanks to simulating possible outcomes and rapid iteration based on feedback.

Businesses that use and manage digital twins have a significant competitive edge over those that do not, and this dynamic will play out quite dramatically over the next few decades.

Palantir is a corporation with an optimization function. It can multiply outcome/output of other companies. The value of digital twins becomes clear.

The world’s top businesses process information more effectively than the competition, excelling at decreasing inputs and maximizing outputs over time. A corporation gets better at optimizing its operations the more information it can process.

As the world of Foundation had a Seldon crisis – a series of 10 events that mark major points along the 1000-year revival of civilization, our world is now facing a major crisis as well.

A combustible mix of high inflation, supply chain disruptions and finally war. Empires that are peaking and new that are trying to emerge and overtake. Claim the reigns of the world.

In this environment, it is more important than ever to make decisions that are as correct as they could be given the information available. Palantir offers that perspicacity.

The stability of the often fragile democratic experiment also requires results and execution from institutions, including both industrial enterprises and government agencies. And those institutions require effective software in order to function and serve the public.

The development of our software is not intended to merely magnify in a linear and direct fashion the output of human labor. Instead, our software aspires to augment the productive power of the human mind, indulging in rather than resisting its idiosyncrasies and means of making sense of the world.

And it offers it today. Psychohistory on a small scale. Many people are used to a world where complacency can go unnoticed for a long time. But there are times when complacency gets you eliminated. Person, enterprise, country. No mistakes are allowed. This is a time for grit and making tough decisions.

And if you need to make a decision, it is vital to have the information of the highest quality possible. untangle the streams of data that are collected. In the end, humans are just information processing units.

Not a single person in the world would be able to create even something as simple as a pencil on their own, from scratch, from raw materials. But as humans, we can create iPhones and starships.