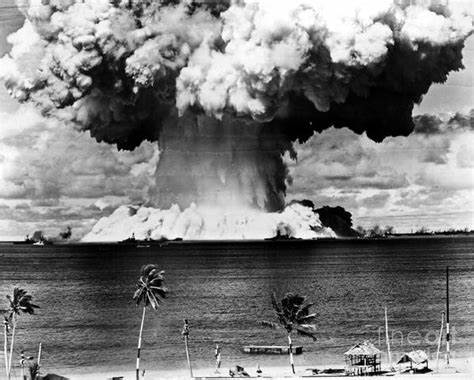 ladimir Putin accused the United States of creating a nuclear weapons ‘precedent’ by bombing Japan at the end of the second World War in an unhinged speech calling the West ‘satanists’ and accusing ‘Anglo Saxons’ of blowing up the Nord Stream pipelines.

The Russian despot ranted about sex-change operations, claimed America is occupying Germany and Korea and vowed to ‘smash’ the West in the disturbing remarks as he announced the annexation of four regions in Ukraine.

His saber-rattling is another terrifying hint that he is prepared to use nuclear weapons as he vowed to use ‘all available means’ to hold onto Russian-occupied areas of Kherson, Zaporizhzhia, Donetsk and Luhansk.

Again, he blamed the West for his invasion of Ukraine because they believe Russia is a ‘colony’ and a ‘band of slaves, and wants to break it up into smaller states who ‘will be fighting against each other’.

President Joe Biden released a statement Friday claiming that the annexations have ‘no legitimacy’ and will not be recognized by the U.S. He also announced a new set of sanctions in response to the move.

‘The United States will always honor Ukraine’s internationally recognized borders,’ Biden said in the statement, adding: ‘We will continue to support Ukraine’s efforts to regain control of its territory by strengthening its hand militarily and diplomatically.’

‘In response to Russia’s phony claims of annexation, the United States, together with our Allies and partners, are announcing new sanctions today,’ the president released in his Friday statement. ‘These sanctions will impose costs on individuals and entities — inside and outside of Russia — that provide political or economic support to illegal attempts to change the status of Ukrainian territory.’

The U.S. Treasury Department updated its list of sanctions for Russia-related individuals and entities to include the Russian Central Bank Governor Elvira Nabiullina and Russia Deputy Prime Minister Alexander Novak.

The Russian president said westerners have made the leap from issuing sanctions to conducting ‘terror attacks’ in a hostile speech delivered from the Kremlin.

The West sabotaging Nord Stream 1 and 2 pipelines was an attempt to ‘destroy the European energy infrastructure,’ he claimed – and added that ‘those who profit from it have done it,’ without naming a specific country.

Fears of nuclear war have grown since Putin confirmed last week he was ‘not bluffing’ when he said Russia was prepared to use nuclear weapons to defend its territory.

He claimed that there is ‘centuries-old Russophobia’ against his country and people because they dared defend themselves from western colonization.

He also said any country who wants to ‘live by the rules of the United States’ are ‘political masochists.’

Putin even made the outlandish claim that the U.S. is occupying Germany in downplaying the relationship between the two nations.

‘Germany is still their vassal, but the United States is still calling them an ‘equal ally’. This is a real shame,’ the Russian leader said.

Announcing on Friday that he was annexing four Ukrainian regions, Putin delivered a blistering speech claiming Russia would use ‘all the power and all the means’ at its disposal to defend its new lands from attacks by the West or Ukraine and to help liberate the world.

The Russian despot, speaking in front of his cronies in Moscow, declared that ‘millions of people’ had ‘opted’ to become vassals of Russia after staging sham referendums in which gun-toting troops went door-to-door with clear glass ballot boxes in order to force people to vote.

‘They are our people, forever,’ he said to a standing ovation inside the Kremlin’s grand Georgian Hall before calling on Ukraine and its Western allies to abandon hopes of re-taking them, repeating a threat to use ‘all forces’ to defend the ‘new territories’.

He said: ‘The West wants to see Russia as a colony, an unfree society.’

One of the reasons for the centuries-old Russophobia is that we did not allow ourselves to be robbed during the period of colonization, we forced Europe to trade on an equal footing,’ Putin added, claiming he has plans for ‘intervention.’

Putin slammed the U.S. for being the only country to have twice used nuclear weapons against another nation and also accused America of leaving a ‘terrible mark on the history of Korea and Vietnam’ with engagements in conflicts in both conflicts.