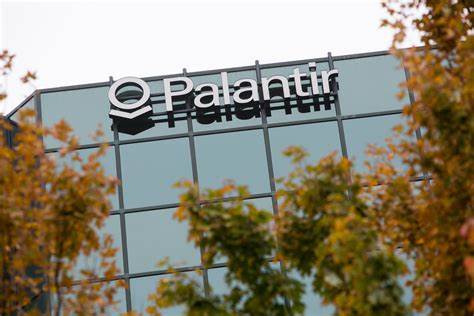 Another batch of companies, including a division of Germany’s Siemens, are entering a Department of Defense competition meant to bring to fruition a vision of seamless military communications as part of a deal worth up to $950 million.

The idea is to make tactical decisions faster. Joint All Domain Command and Control, also known as “JADC2,” is the Pentagon-wide push to unify and link sensors to shooters in all battle domains, including air, land, sea, cyber and space.

“We’ll apply our deep technical expertise in systems engineering, data management, connectivity, and secure processing, through integration into a digital engineering environment to shape the foundation for how data is harnessed by the Department of the Air Force, DOD, and its allies and partners,” Paul Meyer, president of Department 22 at Raytheon Intelligence & Space, said in a statement. “Our objective is to strengthen our customer’s readiness to deter and defend against pacing threats by helping military commanders make synchronized and more informed decisions faster than ever before in multiple domains.”

Although the location of work remains to be determined, a number of Dayton-area defense contractors have a place in a contract to advance the Department of Defense’s joint “all domain command and control” or “JADC2″ project — a contract with a $950 million ceiling.

The companies named will be expected to develop and demonstrate capabilities “across platforms and domains, leveraging open systems design, modern software and algorithm development,” the Pentagon said Thursday.

The U.S. Air Force on Sept. 22 selected 30 more vendors to compete for work associated with Joint All-Domain Command and Control, a multibillion-dollar endeavor that aims to better connect the military services and provide critical information to forces across land, air, sea, space and cyber.

The latest awardees include:

“A ceiling $950,000,000 indefinite-delivery/indefinite-quantity, multiple-multiple award contract to compete for future efforts associated with the maturation, demonstration and proliferation of capability across platforms and domains, leveraging open systems design, modern software and algorithm development in order to enable Joint All Domain Command and Control. These contracts provide for the development and operation of systems as a unified force across all domains (air, land, sea, space, cyber, and electromagnetic spectrum) in an open architecture family of systems that enables capabilities via multiple integrated platforms. The locations of performance are to be determined at the contract direct order level and are expected to be completed May 28, 2025. These awards are the result of fair and open competition. No funds will be obligated at the time of award. Air Force Life Cycle Management, Wright Patterson Air Force Base, Ohio, is the contracting activity.”

The Air Force in July added 27 companies to the growing list of eligible bidders for work on the contract, including AT&T Corp., a unit of AT&T. C4ISRNET in November 2020 reported the service made similar awards to 93 total companies.

While the Defense Department on Thursday did not specify what the contractors would produce, a contract announcement said the players would be tasked with maturation, demonstration and proliferation “of capabilities across platforms and domains, leveraging open systems design, modern software and algorithm development in order to enable” JADC2.

Work is anticipated to wrap in May 2025. Exactly where the work will be done was not defined.

The indefinite delivery, indefinite quantity, multiple-award contract was done through Air Force Life Cycle Management in Ohio. IDIQ contracts provide for a number of products or services over the course of a predetermined timeframe. They are frequently used by the federal government; they are thought to streamline the procurement process.

The Army, Navy and Air Force each have their own contributions to JADC2: Project Convergence, Project Overmatch and the Advanced Battle Management System, respectively.

To add to this, in consideration of the fact that Palantir has recently launched their product update, Gotham Europa, this shows Palantir’s ambitious attitude to integrate their software more aggressively across European nations.