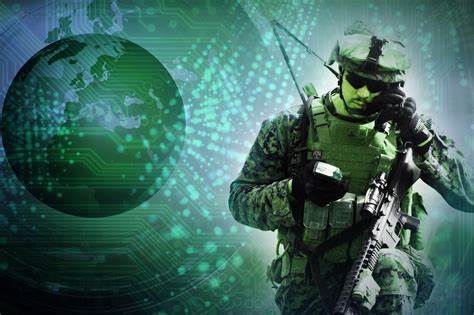 $9B Cloud Capabilities Award Planned For December: Department Of Defence

Information Regarding $9B Contract:

Information Regarding $9B Contract:

In July 2021, DOD officials said they expected the procurement would be ready in April 2022.

The JWCC is a ground-breaking procurement, Sherman said, and it involves some of the biggest technology firms in the United States: Google, Oracle, Microsoft and Amazon Web Services.

These four “hyperscale” cloud service providers are working with DOD specialists to produce “a multi-cloud effort that will provide enterprise cloud capabilities for the Defense Department at all three security classifications: unclassified, secret and top secret all the way from the continental United States out to the tactical edge,” he said.

Once in place, it will service the Joint All-Domain Command and Control initiative as well as aiding in artificial intelligence applications and much more, he said.

The program plan is a three-year base contract with two, one-year options. At the conclusion of this possible five-year procurement, DOD will launch “a full and open competition for a future multi-cloud acquisition.”

Back in July, officials expected only two cloud service providers to qualify to bid on the procurement. The DOD was committed to conduct market research to determine which cloud service providers qualified to receive direct solicitations. Five were considered and four received the solicitations in November 2021. This complicated the assessment period immensely. Sherman praised the professionals at each of the four bidders for their expertise and willingness to cooperate. He said there has been “a lot of iterative dialogue, very robust, very good collaboration from all involved.

“But as we’ve gotten into this, … we’ve recognized that our schedule was maybe a little too ahead of what we thought and that now we’re going to wrap up in the fall, and we’re aiming to award in December,” he said.

The change to a December award date does not indicate anything is wrong with the procurement. Rather, it is ensuring the government does the due diligence that American taxpayers deserve. “It’s just the amount of workload going between four proposals,” Sherman said. “We’ve got a good team with all the right expertise on this but doing the due diligence [takes time]. I think we just underestimated the amount of time this was going to take.”

Below is a list of the specific information regarding the new $9 contract:

“The Joint Warfighting Cloud Capability (JWCC) is a multi-vendor, enterprise-wide acquisition vehicle that will provide the DoD with a vehicle to acquire commercial cloud services directly from a commercial Cloud Service Provider (CSP).

JWCC is currently going through the acquisition process and is expected to be available for DoD consumption in Q1 FY23. Please watch HaCC.mil for updates. DoD customers with specific questions can use the Contact Us page to reach out to us directly.”

“Providing the DoD with commercial cloud offerings at all classifications, from headquarters to the tactical edge. Overview The Joint Warfighting Cloud Capability (WCC) is a multiple award contract vehicle providing the DoD with direct access to multiple Cloud Service Providers (CSPs) to acquire commercial cloud capabilities and services at the speed of mission – at all classification levels – from headquarters to the tactical edge. Direct awards with the CSPs also allows for streamlined provisioning of cloud services, fortified security, and commercial pricing parity.”

“Features Enterprise-wide multi-vendor cloud solution with contracts directly with CSPs will bring a number of pivotal attributes in one acquisition environment to DoD, including:

• Parity of services across all classification levels

There is now mass speculation regarding the potential for Palantir Technologies to compete for this new $9B contract.

With the debut of Palantir Federal Cloud Service (PFCS) in 2019, the company first gained FedRAMP and IL5, and now, with this accreditation, it expands its cloud offering to include a new Secret Region. As one of just three firms obtaining an IL6 Provisional Authorization from DISA for their cloud offerings, Palantir joins Microsoft and Amazon Web Services (AWS).

IL6 is designated for the processing and storage of data with a classification level up to SECRET. Information that must be processed and kept at IL6 for a cloud deployment can only be processed in a DoD private/community cloud or a Federal government community cloud.

It is the highest level and Palantir joins AWS and Microsoft as the only three companies at that tier.

Palantir alluded to their ambition to achieve IL-6 in their Q4 2020 presentation. At the time they were at level IL-5 alongside a few other companies. Most other software providers (Oracle, SAP, Salesforce, Snowflake or Google) achieved levels IL-2 or IL-4.

One Palantir investor on Twitter stated that: “Today, #Palantir obtained #DoD Impact Level 6 provisional authorization. Here is how it pertains to the Joint Warfighting Cloud Capability program, a 5-year $9B DoD contract.”

The user went on to mention that:

“The DoD is preparing to award up to four companies contracts for the Joint Warfighting Cloud Capability (JWCC) program, the successor of the now-scrapped Joint Enterprise Defense Infrastructure (JEDI) Cloud program. The DoD has stated that they will announce the winner in December 2022.

The JWCC contract is valued at $9B for five years. Google, Oracle, Microsoft, and Amazon Web Services are the four companies that received solicitations for the JWCC program.

However, a DoD official stated that only two companies are expected to be eligible. Those companies are Microsoft and Amazon Web Services. Google and Oracle do not have DoD Impact Level 6 (IL6) provisional authorization from the Defense Information Systems Agency (DISA).

As we know, Palantir has just received IL6 accreditation from DISA. Although Palantir is NOT a cloud provider, Palantir’s Apollo provides various solutions to cloud service providers, such as Microsoft Azure, Amazon Web Services, and Google Cloud. If the DoD selections Microsoft, Amazon, or both for the JWCC program, Palantir will likely profit from it substantially.”

Palantir has worked closely with a range of DOD projects, and thus has the potential to compete for this latest project. Whilst there has been no official confirmation yet, many investors have pointed to the potential of Palantir competing for this project based off of the similar characteristics of prior contracts within the Government.

In consideration of the fact that this new contract is specifically focused on multi-cloud, one may argue that Apollo is the best contender for this contract.

Apollo is a platform for software management at scale, across heterogeneous environments. In other words, Apollo enables one to seamlessly manage and continuously deploy software where the business needs it.

The word heterogeneous refers to different phases, substances or states. This heterogeneous attitude of software development for Palantir, stems for their heavy involvement within the Government, and often the deployment within war-torn environments & previously unachievable states.

Greg DeArment, the Chief Archiect at Apollo, stated how “Apollo enables a heterogeneous environment deployment”. This importance of software to be deployed anywhere is vital for developers, and is vital for the future of software solutions, both within the Government and commercial context.

There are a lot of tools that are used to glue together technologies in order to create a use case. However this results in a lot of heavy lifting and dedication from various teams across an organisation to make this possible. DeArment stated how, often the conventional methods used today can result within vendor-lock to the set cloud provider.

Vendor-lock is often associated with a customer using, and becoming locked into a product or service over-time.

CodeStrap & DeArment stated how: “people don’t understand the categories of problems – by Apollo you can choose where to run workloads, and you are not vendor-locked to one cloud provider.” Without the ability to negotiate a better deal with a cloud vendor – these vendors will take advantage of the company.

The pair then went on to indicate their fascination in regards to Sky Compute, stating how, “Sky Computing is a fascinating domain in which is closely linked with Cloud 2.0.” The main notion in which Sky Computing is focused on, is the fact that often a singular cloud is not enough, and sometimes the whole sky is needed for cloud infrastructure. Furthermore, development of a way to join several cloud infrastructures together into one massive cloud would be especially useful for those whom utilise open large-scale compute resources.

The main goals of sky computing is to become a layer above the cloud platforms, resulting in overall interoperability between clouds.