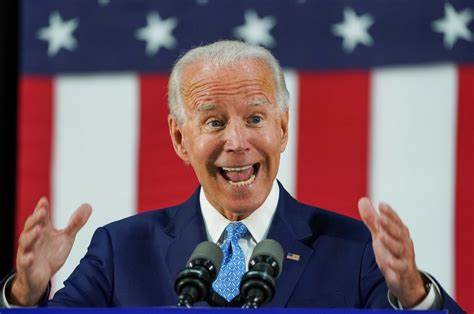 US public debt has created problems in the past but figuring out who will buy it hasn’t been one of them. Aside from creating too much demand, or not enough, the problem with debt always has been predicting the price at which it will be bought and value it will provide. $31 trillion is just a distraction.

US public debt made breaking news headlines this month by rising above $31 trillion for the first time. Soon it will be $32 trillion, then $33 trillion, and in a decade, $45 trillion, according to the Congressional Budget Office (CBO). By the time new hires today are ready to retire, US debt-to-GDP could be at 185%.

The size of the debt distracts from what matters most about it: (1) the speed at which the debt accumulates; (2) the risk characteristics of the debt that investors will buy; (3) the price at which investors will buy and the value it provides at that price; and (4) the major drivers of the yields in the marketplace for it.

These 4 pointers matter much more than the $31T headline.

The amount of debt, the Federal Reserve’s retreat from buying it, and foreign investors’ waning appetite have left some analysts and investors wondering who will buy it all. Whether the buyers are
commercial banks, asset managers, or US households, the Treasury securities issued by the government will be purchased by someone.

The relevant question for macro investors, however, is not who will buy the securities, but at what price? The marginal buyer or seller moves prices, not the largest. Consider that at least 3.5% of
outstanding USTs change hands every day – an open invitation for many investors, including those who use leverage, to move prices.

So, what determines the level of Treasury yields over time? If not the level of outstanding debt, or major investor types, then what?

A number for the headlines, not for investment strategy US public debt made breaking news headlines this month by rising above $31 trillion for the first time (see Exhibit 1 and Exhibit 2). Soon it will be $32 trillion, then $33trillion, and in a decade, $45 trillion, according to the Congressional Budget Office (CBO; see Exhibit 3). By the time new hires are ready to retire, US debt-to-GDP could be at 185% (see Exhibit 4).

Concerns around US debt usually centre on interest payments. In May 2022, the CBO projected that government spending on interest would rise from 1.6% of GDP to 7.2% over the next three decades. In addition, interest payments would rise to ~24% of all spending from ~7% today (see Exhibit 5). To make matters look worse, the CBO’s interest payment projections were based on forecasts for market yields that were much lower than those that exist today and those that markets imply will exist 10 years from now (see Exhibit 6).

The CBO argues that high and rising debt could increase the likelihood of a fiscal crisis because investors might lose confidence in the US government’s ability to service and repay its debt. The CBO also argues that it could lead to higher inflation expectations, erode confidence in the US dollar as a reserve currency, and constrain policymakers from using deficits in a countercyclical way.

The government debt load in Japan has stood as a notable counterpoint to concerns of this nature for decades. With net debt near 170% of GDP and gross debt a whopping 263%, Japan’s situation mitigates some of the CBO’s trepidations (see Exhibit 7 and Exhibit 8).

Gross and net debt are terms used when discussing government debt and a country’s financial situation.

Gross debt is the general amount of debt a government has. It does not factor in assets or any other aspects of financial debt; it is simply the amount of money a government owes to itself and/or to another country.

As both the level of debt and interest rates rise further, net interest income for US households may contribute more to total income over time. Nevertheless, the level of government debt, how it compares to the size of the economy, and how much it contributes to societal income distract from what matters most about it:

The speed at which the debt accumulates, i.e., the size and timing of fiscal deficits, The risk characteristics of the debt that investors will buy, The price at which investors will buy and the value it provides at that price, and The major drivers of the yields in the marketplace for it.

Reiteration of the factors that matter most. Level of Government debt, and how it comes to size of the economy does not matter as much as other factors. Namely, speed of debt accumulation, size and timing of fiscal deficits, risk characteristics of the debt that investors will buy, the price at which investors will buy and the value it provides at that price, and finally the major drivers of the yields in the marketplace for it.

We know how too large a deficit in too short a period of time can lead to runaway consumer price inflation (see Exhibit 11). And we know how the average duration of the debt and the average coupon it pays can impact investor returns for the better, and worse (see Exhibit 12).

Modern monetary theory (should have) laid to rest concerns about government debt in countries who issue in local currency.

And while some exceptions exist, like the eurozone where a member country can issue in euros, but can’t print them by fiat, the US isn’t one.

Focusing on government debt also occupies time that should be spent elsewhere. Debt issued by the private sector can have a cataclysmic impact on economies and markets.

Debt obligations outside the US government rose above 300% of GDP in 2007 – an amount that exacerbated the Global Financial Crisis caused by higher rates on some of it. US government debt has ballooned since then – more than tripling in real terms and rising from 43% of GDP to over 100%.

However, other US dollar-denominated debt has stayed relatively constant in real terms and has fallen dramatically relative to the size of the US economy (see Exhibit 13 and Exhibit 14).

Whilst US Government debt has ballooned since 07, more than tripling in real terms, other US dollar denominated debt has stayed constant in real terms and has fallen dramatically relative to the size of the US economy.

Billionaire investor Stanley Druckenmiller sees a “hard landing” for the U.S. economy by the end of 2023 as the Federal Reserve’s aggressive monetary tightening will result in a recession.

“I will be stunned if we don’t have a recession in ‘23. I don’t know the timing but certainly by the end of ‘23. I will not be surprised if it’s not larger than the so-called average garden variety,” Druckenmiller said at CNBC’s Delivering Alpha Investor Summit on Wednesday. “I don’t rule out something really bad.”

The federal government is charged interest for the use of lenders’ money, in the same way that lenders charge an individual interest for a car loan or mortgage. How much the government pays in interest depends on the total national debt and the various securities’ interest rates.

Economists debate whether the spending is sustainable. The U.S. finances the debt by selling bonds at auction. Demand has traditionally been high due to the size of our economy and a historically stable government.

The cost to just finance our debt is expected to be $378 billion in 2021 and increase to $665 billion by the end of the decade, according to CBO estimates. That money will be spent only on interest, not on the principal.