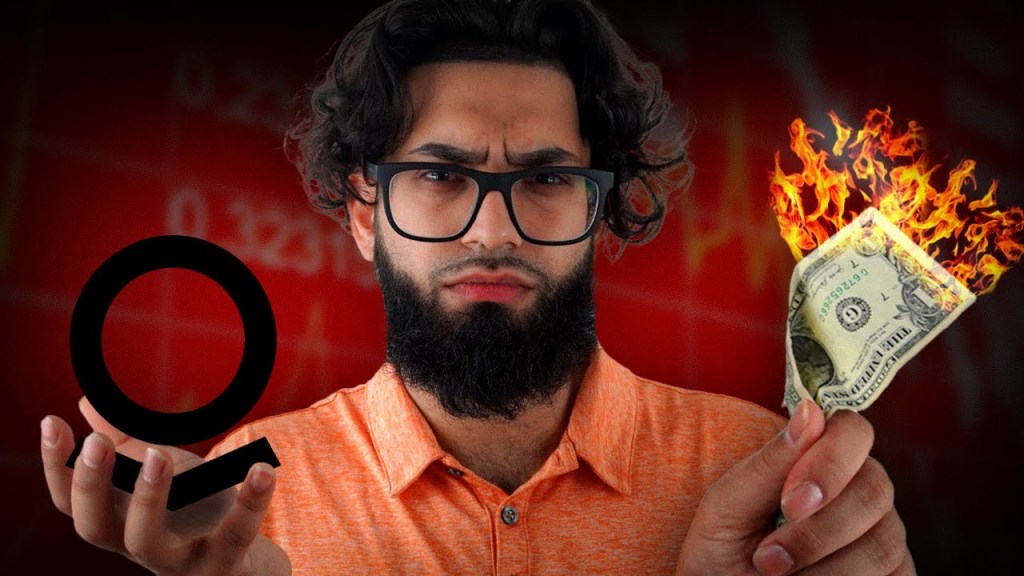 Responding To Amit Kukreja’s On Palantir: Is Palantir The Best Stock To Own During Inflation?

I wanted to make this report, in regard to the recent commentary by Amit Kukreja on Palantir.

Firstly, full transparency, I am an investor in Palantir, however I always understand that there are some outstanding debates that I wanted to touch upon within this writing.

The bottom line is: I am in full agreement with Amit on his recent analysis of Palantir. I believe this is one of the most unique companies of the generation and will bear incredible importance over the next 5 year.

A full link to the videos is available here:

Amit speaks about the Government in the US spending $780B on defence alone this year. Palantir gained $800M in TDV last month alone, and in consideration of the deep ties Palantir has with the US Government, it seems reasonable to state that this will increase drastically over the coming years.

Furthermore, there is increasingly sticky revenue within the USG. This has been seen over the past 20 years since Palantir entered into the Governmental sector:

There is major evidence to state that Palantir partnerships grow considerably over time. For example, within the DOD there was a recent expansion of the partnership with the Air Force. There was previously a small contract with the Air Force from 2010-2013, which consisted of four contracts wirth $226K each. However, this scaled majorly within the past few years.

“By 2021, the partnership grew to a two-year, $91.5M contract in which PLTR was to provide a data platform for the Air Force to manage resources for its COVID-19 response and coordinate decisions for joint all-domain operations.”

To add, Amit goes on to mention that, even when a recession occurs, the one thing that does not stop spending is the Government. Even if there is an increasingly large bull market for the next few years, Palantir is in a unique position to benefit from USG spending.

Piper Sandler believes that the amounts for these requested items will continue to increase in FY22 (+27% y/y), and FY2023 (+12% y/y). Piper proclaimed that, new requests in FY2022 that weren’t included in FY2021 include ~$212M for AI and ML research and ~$83M for the Tactical Intel Targeting Access Node (TITAN) program, which PLTR has been selected to compete for.

Whilst I totally agree, and understand this point of view, there is also other points to mention:

IL6 certification was also mentioned by Amit within his video.

Undoubtably, this will lead to increased awareness, and utility for the software provider. Palantir truly is a one of it’s kind within their field of software.

When looking at the split between USG revenue, and international revenue, we can see that:

“Our U.S. customers have been a meaningful source of revenue growth for our business. In the six months ended June 30, 2022, we generated 61% of our revenue from customers in the United States and the remaining 39% from non-U.S. customers.”

Factors such as a “more deglobalized society” – these factors are intangible, and qualitative factors in which are very hard to compute.

However, I believe that intangible factors are leading indicators of the future finances of the company. As reiterated many times, qualitive factors are far more vital than quantitative factors when investing in growth companies. Now, that is not to dispute the necessity of financial factors however, it is to highlight the importance of intangible pillars within a company in which can lead to success.

As Amit stated within his video, we are entering into a more deglobalized society.

There are a range of implications that stem from deglobalisation, and perhaps the most pressing of these is increased chaos on a geopolitical standpoint.

This is because, without the reliance on business to reconcile business and commerce between potentially adversarial nations, there is far less at stake when it comes to an invasion, or potential conflict between nations.

Globalisation – despite all of the negatives – has led to the easing of tensions between nations for many years. Specifically, what comes to mind is the Chinese & US relations. Via the reliance on each other when it comes to goods and services, this has undoubtably led to “amicable” relationships between the two nations for some time.

But, when society becomes more deglobalized, inevitably this may lead to skewed relationships between nation states, thus perhaps leading to more conflict.

Deglobalisation likely will lead to disharmony around the world.

If the world is less interconnected, this also means disastrous issues in regard to supply chains, and global commerce. For many years, the cooperation of nations around the world has resulted in supply chain flows, and ease of commerce. But one we enter into this period of instability and disharmony, thanks to deglobalisation, strains will likely become more present on supply chains & commerce globally.

The use of data & software to solve these issues is non-trivial and has shown to be the case within recent years.

To add to the prior points, it is becoming increasingly concerning the levels of political uncertainty and evident levels of conflict. Amit clearly spoke about the necessity of software within this current day of modern warfare.

It is clear that there has been a fundamental change in warfare over the past year. We should not trivialise the disruption of this change, and how the ripple effects of this war will transform the way geopolitical tensions are treated.

The fact that Ukraine has been empowered via Western software, has ultimately resulted in David beating Goliath. Previously, this was not the case. Beforehand, the nation that had the biggest budget, and the best physical weaponry would win. In fact, when Russia invaded Ukraine, it was almost fully recognised that Russia would totally walk over Ukraine. But this could not be further from the truth.

We now have a situation in which a small nation can become transformed into a juggernaut via the empowerment of good software solutions. This will revolutionise the ways in which wars are fought and will transform national security and software.

Furthermore, this also shows the exponentiality of software and data in conjunction. Through the use of good software & data, one has the ability to uncover insights in which previously were not known.

It is no secret that war accelerates innovation. Within times of disorder and mass chaos, innovation prevails and succeeds. After speaking with innovative speaker and consultant – Jim Harris – he informed me that within the 2-year period of COVID, over 10 years of innovation prevailed.

The same is true for war.

History shows us that during times of war, the most important innovative breakthroughs succeed. One that is particularly important was the use of the radar. The radar was a fundamental innovation that transformed Britain into a technological superstar during WW2.

Britain, before the use of the radar, were losing against the Nazis. It was almost inevitable that the Nazis would invade the small island, and win the war.

This was until the last minute introduction of the radar, in which totally changed the course of the war.

There are drastic similarities between the radar, and Palantir. In fact, I would go as far as stating that Palantir is as fundamental for the next century, as the radar was during the 1900s.

To explain further, there were serious predictions during WW2 that Britian would lose against the Nazis. In the looming battle between world powers, the allies lagged far behind the enemies in what Winston Churchil described as the “secret war”, or the race for the most powerful technologies. Germany had new submarines called U-Boats in which threatened to dominate the Atlantic, and strangled supply chains to Europe. The planes of the Nazis were ready to disseminate Britain, outclassed those held by the British. And, the horrific discovery of nuclear fusion, put Hitler within reach of a weapon with almost unfathomable power. The enemies were winning.

The radar changed this.

It was only until the 1940s in which the US Government recognised the lead that the enemies had when it came to technological innovation. This resulted in a specialised team that was put together to nurture, and create loonshot innovations.

By the end of the 1940s, a team of the best physicians and technologists came together to develop the Microwave Radar. This was over 10 years after the initial discovery of the technology.

In July, Hitler attacked. His generals anticipated the Luftwaffe, which had twice as many planes as the RAF, would achieve air superiority in two to four weeks.

Hitler’s generals developed plans for a land invasion of Britian, in which would follow the victory in the air. This victory would never come.

British radar would detect enemy aircrafts before they neared the costs. This intelligence enabled Britain to concentrate their limited forces against each wave of attack. One German bomber pilot wrote: “if there were any more missions like that, our chances of survival would be nil”.

Two days later, Hitler postponed the land invasion of Britain. This was Hitlers first loss of the war. Fundamentally, the radar totally changed the direction of the war. The radar was one of the most influential reasons as to why Britain won the war.

There are disturbing similarities between software (Palantir), and the innovative breakthrough of the radar.

Palantir’s technologies will be as influential for this century, as the radar was for the last.

Palantir is the most important company of the generation.

The company is iconoclastic by nature.