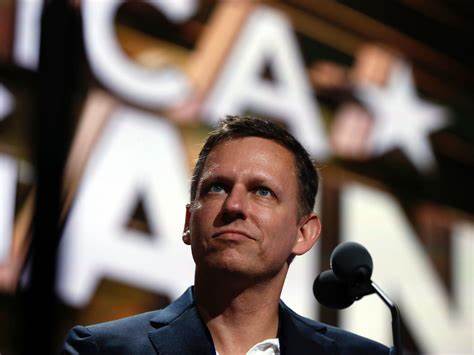 You can read my analysis of Palantir, and the most important metrics to look out for here: Palantir Earnings Q3 2022: Main Metrics To Look Out For | Darntons Media

Palantir is looking to report Q322 earnings on November 7th, before market open. Within this article I want to analyse my expectations of the business this quarter, and fundamentally look back upon vital aspects of the company that are wise to understand in true detail.

True nuance is where value is found.

Just to explain briefly, we know that within Governments, due to the inherently flawed structure and poor human organisational skills, this often leads to incredibly inefficient and prolonged decision-making periods.

Thus, what we have seen is that Palantir suffered from this spending cycle pause via the Governmental cyclicality.

The day-to-day operations of most federal agencies are funded on an annual basis by appropriations. When those appropriation bills are not enacted by the start of the fiscal year on October 1, Congress uses a continuing resolution, or “CR,” as a temporary measure to fund government activities for a limited amount of time. Continuing resolutions are temporary “stopgaps,” often employed to avoid a partial government shutdown and to give lawmakers more time to enact appropriations for the full year.

“Fiscal year 2022 began on October 1 and none of the 12 appropriation bills for the year were enacted yet. As a result, a continuing resolution was enacted on September 30 to avoid a partial shutdown and provide temporary funding for government operations through December 3. A second continuing resolution was used to extend temporary funding through February 18. Because legislators still had not reached an agreement, a third CR was enacted on February 18 to avoid a partial shutdown and provide temporary funding through March 11. A 4-day CR was put in place through March 15 to give the Congress time to finalize the omnibus appropriations bill. On March 15, appropriations were enacted for the rest of the fiscal year.”

It is clear that Palantir have suffered from this cyclicity in spending.

However, this cyclicity is only short term, and in fact, specifically due to the recent disorder globally over the past few years, Palantir has signed over $700M in deal value within the Government last month alone. Within the month of September, Palantir signed over $700M in TDV with Governmental agencies including the US Army for an intelligence application, Project Maven, & The National Insitute Of Health just to name a few.

Overall, this equates to $700M in TDV for Palantir within the Governmental sector for the month of September alone.

This is in line with what COO Sankar noted recently. COO Sankar mentioned within the earnings call that the Government upside is large. This lumpiness comes down to contract timing and events occurring. “We will not deprive customers with software – just because the paperwork is not there.” The COO concluded that there would be meaningful upside within Governments in the next few quarters.

But, importantly to note, it is unlikely that this revenue will be seen instantaneously.

The question boils down to if you believe that revenue over the long term will equate to a large CAGR within the Government for Palantir.

It is impossible to predict when these contracts will reflect within Palantir’s bottom line, due to the reasons stated: namely, cyclicity and lumpiness.

Alex Karp mentioned on the earnings call that for Palantir, they currently only have 41 individuals within the company who are fully trained to sell the product. Whilst Palantir have pledged in the past to increase their overall sales team, this will take time. On average it takes around 9 months for an employee to become fully equipped to sell the Palantir software solution.

Therefore, from an optimistic perspective, the Palantir salesforce is still a bottleneck for the company. In the future, as the sales ramp up occurs, Palantir should see results comparable to other high growth software companies.

It can be fairly stated that in the past Alex Karp’s arrogance associated with the perceived lack of purpose for a sales team has damaged the company, and perhaps has given market share to other vendors. But, fundamentally the team recognised this error, and thus have made changes to address it.

A sales force ramp up for a complex software solution will take time, and often individuals who are selling the product must become more than sufficient in using the software solution. This takes time and investors must be patient.

It will be interesting to understand and to see the development of the Palantir sales force, especially considering the recent hiring spree of the company.

Palantir got it wrong in the past, often and especially for commercial products, when you build the best product, this does not equate to clients adopting the product straight away. Sales members play a very important role within the selling of the product.

If anything, the fact that Palantir have got this far, in terms of growth, whilst having a sales force that equates to 1% of the overall headcount is fairly ridiculous in itself.

Modularisation has been a point of contention for some time at Palantir.

One evident example of this is the recent partnership with Rubicon:

“As part of the agreement, the two organizations will also develop a joint go-to-market strategy for the commercialization of new Rubicon subscription data products and supporting workflows.

Rubicon is an interesting company primarily because of how they use software to optimize the waste an organization has. Palantir’s Foundry is a natural fit for collaboration with Rubicon since both companies handle vast amounts of data and attempt to make sense of it produce efficient client results.

Overall, Palantir is creating central operating systems for a range of industries and organisations, in which will garner great competitive moats for the future. In addition, this specialisation of operating systems means that Palantir will no longer offer an invasive software system, in which may be overkill for a use case.

However instead, Palantir can offer a more specialised OS for a certain industry.

Modularisation is key for many reasons, but most importantly, to ease the friction associated with adoption of the product.

Interestingly, for Palantir, in accordance with an exclusive report by Jefferies, there was clear feedback for Palantir. This was a survey by over 400 individuals who were using the Palantir software solution.

In regard to the question of, what feedback would you choose for Palantir, 61% of the respondents stated that, “Palantir is overkill for the use case”.

Furthermore, other responses stated that, “deployment is too challenging”, with 36% of respondents picking this as an answer, as well as 24% stating that the “product is too expensive”. Only 3% of individuals stated that there was “no negative feedback” for Palantir.

More interestingly to explain is the “overkill for the use case” response, in which validifies previous concerns by investors – namely the fact that the Palantir OS is too in-depth and detailed.

Modularisation, and the slicing up of the product to better fit certain industries and companies, will solve these issues, and thus likely increase the adoption of the Palantir product.