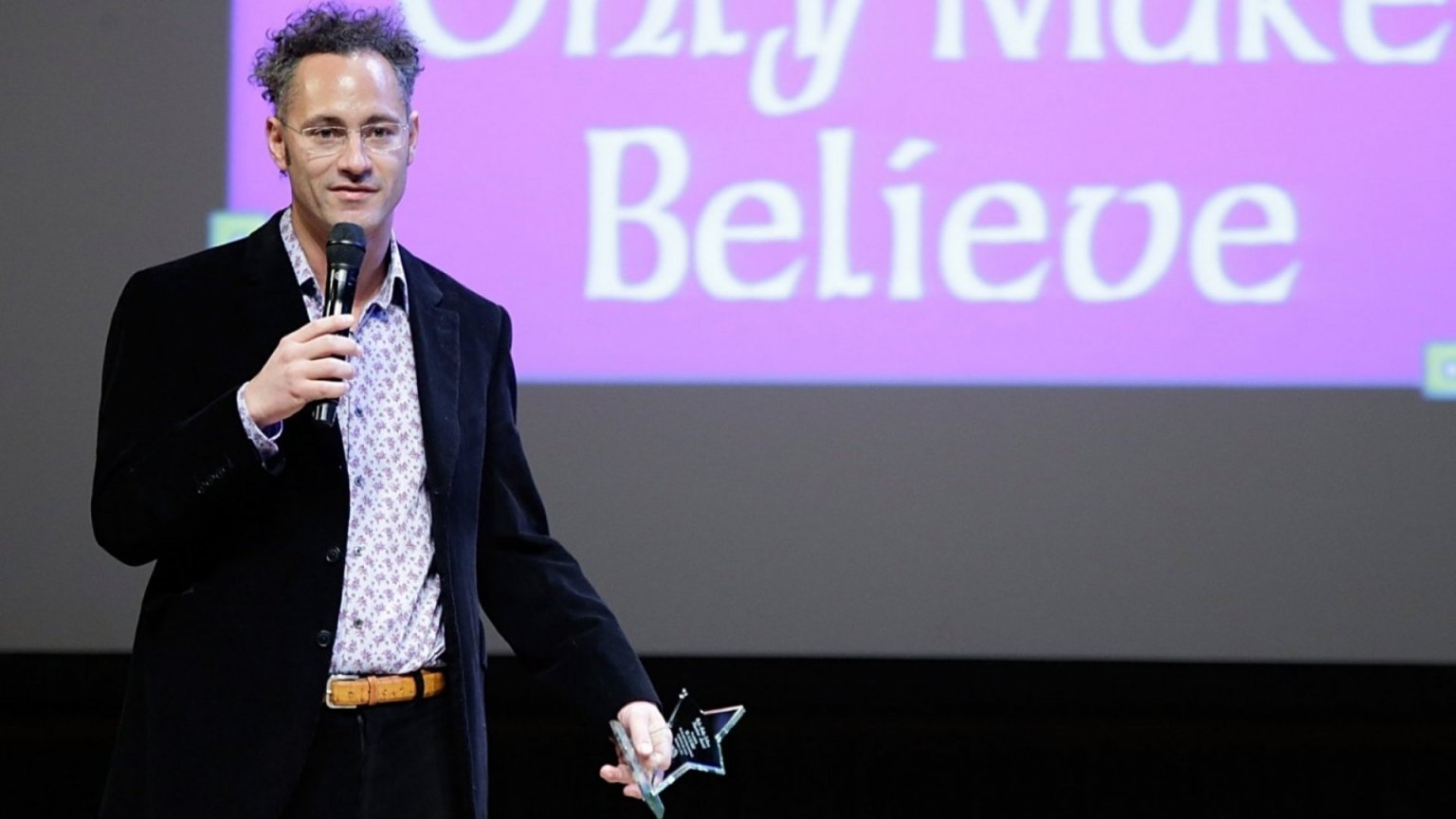 Firstly, I want to highlight the most important metrics to track currently for Palantir. This will be part 1 of a long series analysing the quarterly figures for Palantir.

Customer acquisitions is an important factor to consider as the customer acquisition metric is a leading factor when it comes to future revenues. In other words, the clients Palantir acquires now, will translate into meaningful revenue in the future.

The Palantir customer count this quarter rose to a total of 337, in which represents 33 new customer additions for the quarter.

Straight of the back, there seems to be a concerning picture painted for Palantir regarding customer acquisitions. This is especially true in light of the recent developments Palantir have made regarding increased modularisation and ramping of the sales force.

I pose the question: if Palantir really does have supernatural product capabilities, then why isn’t customer client growth increasing considerably quarterly?

The yearly trend looks like the following for customer additions:

For the past few quarters, investors have excused the limited growth on customer additions based on the notion of

However, during the past few quarters, these excuses seem to have faded slightly. In light of the increased level of modularisation from Palantir, in conjunction with the increasingly clear ramping of the sales force, why is customer acquisitions still very slow?

Once again, importantly to reiterate, customer acquisitions is a leading indication of future revenues for Palantir, and therefore is a necessary metric to track.

The prior reasons regarding limited customer growth, mainly due to the lack of modularisation and the bottleneck of the salesforce, both had much truth. It was increasingly obvious that Palantir was attempting to sell an invasive, and expensive software solution. This caused increased levels of friction associated with selling of the product. However now after clear modularisation of the product occurring, this argument seems to have little truth.

Furthermore, regarding the bottleneck of the sales force, this was clearly a point of issue for Palantir. The company had a limited salesforce in which solely made up 1% of the company headcount during the majority of 2021 to 2022. However, it was back in Q1 of 2022 in which we first understood the company’s plans for ramping of the sales force. It is important to understand that this ramping takes upwards of 9 months in order to fully qualify one as “suitable” for selling the solution. However, this “training period” seems to have passed.

Whilst it would be absurd to assume that the ramping of the sales force is “complete”, it is wise to understand that this ramping is occurring, and importantly has been occurring for some time. Thus, I would expect improvements on this front regarding customer acquisitions.

Whilst there was some improvement in comparison to Q2 of the year, I would argue that this slight increase is not substantial, and therefore can be not viewed as a “reliable” data point to build a thesis upon.

The US commercial growth has been fairly exponential in the past few quarters, with growth rates continuously higher than 100% quarterly. However, this quarter, growth dramatically slowed down.

The importance of the US commercial revenue being strong is that often the US is a leading indicator for future success in Europe, and around the world. This is based on the unique and structurally strong atomic nature of the US, in which has an emphasis on leadership and fast technological adoption. The US is undoubtably a leader regarding technological adoption and organisational agility, and therefore must be looked at as a leading variable.

When the US adopts a technological innovation firstly, other nations are a lagging variable of this leadership.

Below highlights the figures of the US commercial customer count:

The US commercial revenue growth has been exponential over the past few quarters (y/y):

However, this quarter we had a surprise slowdown:

Why The Slowdown Occured:

Whilst it is not fully known as to why the slowdown has occurred, it is likely due to a range of reasons. One prominent reason is the introduction of consumption-based pricing models:

“Most IT people prefer a small bite in consumption. You can argue whether that’s the right model, but instead of fighting them, it’s probably better to figure out a way to get our product more in their hands. So, that’s kind of the known part. What we’ve been working on recently, which is less known is what we’re really working on. We believe that people are paying a lot now for consumption and compute.” – Alex Karp, Palantir CEO.

In other words, a consumption–based pricing model is a service provision and payment scheme in which the customer pays according to the resources used. This is in comparison to the previous pricing model that was based on “all-you-can-eat”, namely providing everything all at once for organisations.

As reported clearly back in early Q1,

“There is an on-going pricing model evolution for Palantir. Historically there were only two ways to think about licencing something like Foundry.

1) Enterprise licence – “all you can eat solution.”

2) Licence by use case – “aspiration only with two-to-three use cases.”

Palantir is now focusing on consumption-based pricing. This allows folks to start with no commit.

Instead, companies can start with issues they want to start focusing on, and over time slowly start to consume more. This therefore allows for a lower barrier to entry, however also potential for the customer to move towards Palantir full stack eventually.”

Interestingly, C3AI’s CEO recently introduced consumption-based-pricing models too. He mentioned in a quote:

“I’m pleased to announce that C3 AI is transitioning from a subscription model to a consumption-based pricing model, bringing us in line with what is becoming the standard among enterprise SaaS companies,” said CEO Thomas M. Siebel. “We have implemented a new pricing model, a new sales model, a new partner model, and new applications to accelerate sales cycles, accelerate product adoption, increase market share, and increase revenue growth and profitability in the medium and long-term.”

Mr Siebel also mentioned that, “The economic downturn is real. Our customers are scrutinizing big deals as never before, which also makes this a smart time to launch consumption pricing.”

In other words, all this to say that the introduction of consumption-based pricing may partially explain why Palantir experienced a “revenue slowdown” this quarter in the US commercial space specifically.

Consumption based pricing can reduce barriers to customer acquisitions, via not forcing customers to pay for features that they do not need. This inevitably will align cost with usage, as you appeal to a much wider customer base. Low utilization customers may be more likely to buy, with some eventually becoming large customers.

To put it clearly, clients start small, however over time increase their consumption, thus reflecting in revenue increases for Palantir.

It was back in March 9th 2022 that COO Sankar stated that the start of usage-based-pricing deals had begun. This was in an exclusive call with Morgan Stanley analysts, Therefore, this gives us more strength in our prior argumentation.

The most important commentary for Alex Karp in which may reinforce this notion was highlighted clearly in his letter to shareholders:

It was perhaps a necessary interregnum. Our approach, however, to the acquisition and onboarding of new customers has changed significantly, a shift made possible by a far more systematic and mechanized sales operation.

Karp also went on to mention that:

“We have at this point essentially captured the market of commercial enterprises and industrial leaders that were first to begin leveraging software to reshape their businesses.

And the remainder are now following.”

In accordance with an exclusive report by Jefferies, there was clear feedback for Palantir. This was a survey by over 400 individuals who were using the Palantir software solution. In regard to the question of, what feedback would you choose for Palantir, 61% of the respondents stated that, “Palantir is overkill for the use case”. Furthermore, other responses stated that, “deployment is too challenging”, with 36% of respondents picking this as an answer, as well as 24% stating that the “product is too expensive”. Only 3% of individuals stated that there was “no negative feedback” for Palantir.

The most interesting response is “overkill for the use case”, in which reinforces previous concerns by investors – namely the fact that Foundry can often be too invasive, and thus can disincentivise adoption via this “all-you-can-eat” approach. Therefore, the consumption-based-pricing model, coupled with the modularisation, are attempts at easing the friction associate with Palantir’s adoption for organisations.

Now, whilst this is a theory, and likely does hold truth, this area of the business must be understood and watched out for. Any further decentralisation – specifically in US commercial client count – should be a point of concern.

The only issue with this thesis is that surely if Palantir adopted the consumption-based-pricing model, this should lead to increaseed customer acquisitions quarterly. Now whilst there was a slight increase in US commercial customer additions, I would not recognise this uptick as anything substantial.

It is currently too early to tell, and there is little data to deem this theory as “truth”.

Below is a graph of the US commercial customer acquisition count quarterly:

It would be incredibly concerning if there was a “sudden” drop off in terms of customer acquisitions in the US commercial space, however this is not occurring.

Thus, whilst the percentage growth for US commercial customer count in Q3 is slightly down (11% growth in Q3, compared to 15% growth in Q2), I think it is unrealistic to call this a “sudden slowdown”.

All of this is to say that in light of the consumption-based-pricing model – resulting in lower realised revenues for initial adopters – as well as the steady US commercial client count growth, this should ease concerns of investors.

Revenues will be realised in the future.

However, for now, the most important metric to understand is client growth, as this is a leading indication of future revenue realisation for Palantir.

In addition to the prior comments, it is also vital to grapple with the macroeconomic challenges that organisations are facing.

Whilst in theory one may assume that deflationary technologies will be adopted via organisations in order to cut costs and save time, often this does not occur straight away.

There is an important distinction to make between reality and theory:

Therefore, it could be argued that Palantir growing their US commercial business 11% quarterly is actually a good sign. Whilst revenues are yet to materialise, customer count matters. In light of the macroeconomic issues, perhaps this could be viewed in a more optimistic light than many investors have previously proclaimed.

Net dollar retention rate is another vital metric to understand because this figure highlights the consumption of the product over time.

Within the case of Snowflake, the organisation has a net-dollar retention rate of 178%, indicating their stickiness as a company.

In terms of NDRR, the figures below reveal the trend for the past 3 quarters:

To be frank, these figures are slightly disappointing. After digestion of the recent FoundryCon events for Palantir, it seems clear that Palantir produces alpha, instead of solely productivity growth.

The question simply is:

If Palantir really does produce alpha for organisations, why isn’t consumption of the product increasing over time?

Whilst this figure is not a “red alarm”, as investors it is necessary that improvements are made on this front to ensure that they flywheel continues over time.