META: Not Much About Metaverse 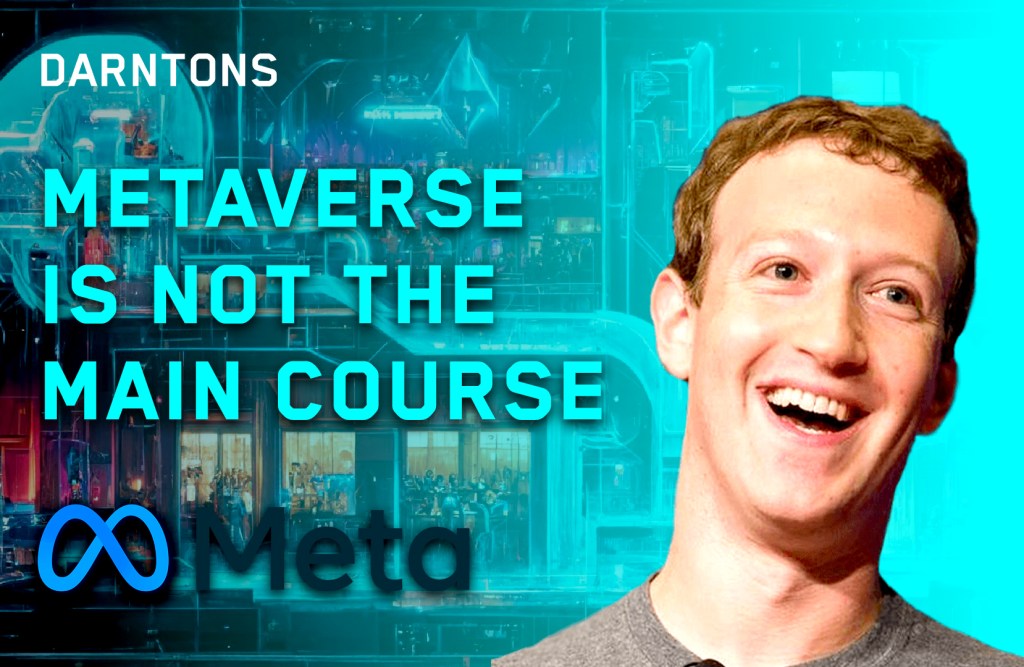 META is a company that has garnered a lot of attention in recent years, with many people assuming that the company is focused on the development of the metaverse, a virtual world that is becoming increasingly realistic and immersive. However, while META does have some involvement in the metaverse, the company’s primary focus is actually on the development of advanced AI technology.

META has been at the forefront of AI research, developing cutting-edge algorithms and systems that are pushing the boundaries of what is possible with AI. The company’s work in this field has attracted the attention of researchers and investors alike.

Mark Zuckerberg, the CEO of Facebook, believes that augmented reality (AR) and virtual reality (VR) will be the next major computing platform. He predicts that we will move away from mobile devices and towards a more natural way of interacting with the internet, and that the development of the metaverse will make many other devices, such as TVs, obsolete.

Zuckerberg currently views META, a company that is working on the development of the metaverse, as vulnerable to competitors like Apple and Google, which control the major computing platforms. In order to reduce this vulnerability, Zuckerberg is looking to accelerate the arrival of the next computing platform. He has identified three core components of the metaverse business: apps and experiences, platform services, and hardware and systems.

Mark emphasizes that META should focus on becoming a dominant player in the metaverse by being ubiquitous in apps, having a strong coverage of platform services, and being competitive in the hardware space. He wants META to at minimum be capable of supporting its own platform services, and ideally to be a leader in the hardware space like Apple. In order to achieve this, Zuckerberg believes that META should invest heavily in developing its own hardware.

This will increase integration opportunities and decrease risk across the board by expanding the development surface area. By owning the key technology in the metaverse, Zuckerberg believes that META will be able to offer its services to other players in the ecosystem, like Android, Windows, and iOS. He also believes that if any other player buys or develops a core component of the ecosystem, META risks being completely shut out of the market. To mitigate this risk, Zuckerberg believes that META should do everything it can to own the key technology in the metaverse, even if it comes at a high cost.

Meta has developed the AI Research SuperCluster (RSC), a powerful supercomputer capable of quintillions of operations per second. The RSC is among the fastest AI supercomputers currently running and will be the fastest in the world when it is fully built out in mid-2022. Meta’s researchers are already using the RSC to train large models in natural language processing and computer vision.

The goal is to eventually train models with trillions of parameters. The RSC will enable Meta’s AI researchers to develop new and improved AI models that can learn from vast amounts of data and work across multiple languages. The ultimate aim is to use RSC to develop advanced AI for applications in the metaverse.

Meta has been committed to long-term investment in AI since 2013, when the company created the Facebook AI Research lab. In recent years, Meta has made significant strides in AI thanks to its leadership in areas like self-supervised learning, where algorithms can learn from vast amounts of unlabeled data, and transformers, which allow AI models to reason more effectively.

To fully realize the benefits of these approaches, various domains, such as vision, speech, and language, will require training increasingly large, complex, and adaptable models. For example, computer vision needs to be able to process larger, longer videos with higher data sampling rates, while speech recognition needs to work well even in noisy environments. In addition, Meta is exploring other areas like robotics, embodied AI, and multimodal AI, which have the potential to help people accomplish useful tasks in the real world.

The Next Stage of META AI

RSC is currently up and running, but its development is ongoing. Once the second phase of building is complete, RSC is expected to be the fastest AI supercomputer in the world, with a performance of nearly 5 exaflops of mixed precision compute. Through 2022, Meta will work to increase the number of GPUs from 6,080 to 16,000, which will increase AI training performance by more than 2.5 times. The InfiniBand fabric will be expanded to support 16,000 ports in a two-layer topology with no oversubscription. The storage system will have a target delivery bandwidth of 16 TB/s and exabyte-scale capacity to meet increased demand.

This significant increase in compute capability is expected to enable Meta to create more accurate AI models for existing services and to develop completely new user experiences, particularly in the metaverse. Meta’s long-term investments in self-supervised learning and next-generation AI infrastructure with RSC are helping to create the foundational technologies that will power the metaverse and advance the broader AI community.

Investors are concerned about Facebook’s increasing capital expenditures, which are expected to be between $32-$33 billion in 2022 and $34-$39 billion in 2023. These expenditures will not immediately affect the income statement, but they may impact the company’s longer-term profitability.

Facebook’s gross margins have already fallen to their lowest level since 2013, and if revenue growth does not pick up, margins are likely to fall further as the costs are already built in. However, these capital expenditures are directly focused on addressing two main challenges facing the company: competition from TikTok and the implementation of Apple’s App Tracking Transparency (ATT) policy.

Both of these challenges can be addressed through the development of advanced AI, which requires significant capital investment as outlined by David Wehner – Chief Strategy Officer.

We are significantly expanding our AI capacity. These investments are driving substantially all of our capital expenditure growth in 2023. There is some increased capital intensity that comes with moving more of our infrastructure to AI. It requires more expensive servers and networking equipment, and we are building new data centers specifically equipped to support next generation AI-hardware. We expect these investments to provide us a technology advantage and unlock meaningful improvements across many of our key initiatives, including Feed, Reels and ads. We are carefully evaluating the return we achieve from these investments, which will inform the scale of our AI investment beyond 2023.

Facebook has large data centers, but these are primarily designed for CPU compute, which is needed to power the company’s services. CPU compute is also what was used to drive Facebook’s deterministic ad model and algorithms for recommending content from users’ networks. However, the long-term solution to Apple’s App Tracking transparency policy is to develop probabilistic models that can not only identify which users should be targeted with ads, but also understand which ads are effective and which are not.

These probabilistic models will be built using large fleets of GPUs, which can be costly. In the past, deterministic ads may have been sufficient, but in today’s environment, investing in better targeting and measurement is essential.

Investing in AI will also be essential for the continued growth of Reels, Facebook’s short-form video platform. It is more difficult to recommend content from across the entire network than from just friends and family, especially because Facebook plans to recommend not just videos, but also other types of media and intersperse it with content that users care about. AI models will be critical for this, and the equipment needed to build these models is expensive. However, this investment is expected to pay off in the long run.

First, better targeting and recommendations should help to restart revenue growth. Second, the cost of maintaining and upgrading these AI data centers should be significantly less than the initial cost of building them. Third, this investment is something that only a few companies, like Google, can afford, and Google’s capital expenditures are also expected to rise.

The investment in AI is important for Facebook because it deepens the company’s moat and gives it a competitive advantage over other digital advertising companies. This level of investment is not viable for companies like Snap or Twitter, and when combined with Facebook’s superior ad targeting and the increase in inventory from Reels, it will be hard for advertisers to justify using other platforms. The only potential threat is TikTok stealing users and time, but better recommendation algorithms, which are an AI problem, can help to address this.

Overall, this investment in AI is crucial for Facebook’s future.

And What About METAverse?

Even though this article is not about the Metaverse, there is a potential for the Metaverse to become a real product. It’s important to note that the costs associated with the metaverse, which will exceed $10 billion this year and be even higher next year, are relatively small compared to Facebook’s overall business and spending.

Mark Zuckerberg believes that META is vulnerable to competitors like Apple and Google, who control the major computing platforms. Zuckerberg wants META to focus on becoming a dominant player in the metaverse by investing heavily in developing its own hardware, which will increase integration opportunities and decrease risk across the board by expanding the development surface area.

META has developed the AI Research SuperCluster (RSC), a powerful supercomputer capable of quintillions of operations per second. The RSC will enable META’s AI researchers to develop new and improved AI models that can learn from vast amounts of data and work across multiple languages. The ultimate aim is to use RSC to develop advanced AI for applications.