Understanding The True History Of The Blockchain & Bitcoin’s Original Design 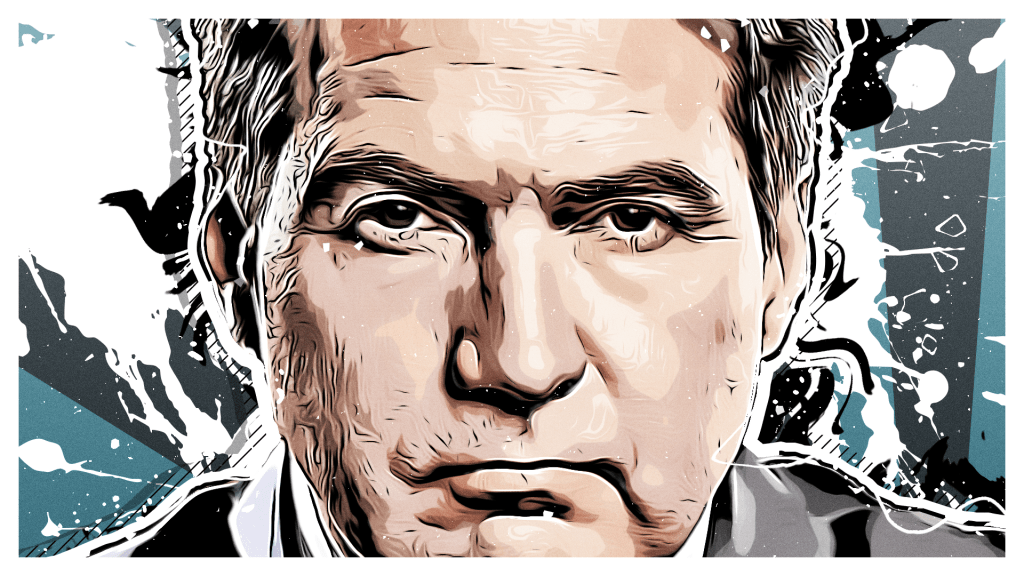 Firstly, what actually is Bitcoin?

In 2008, Satoshi aimed to solve a long debated computer science debate, known as the double spend problem. The double spend problem is a complex philosophy, in which prior to invention of Bitcoin, had not been solved. The problem solely asks – as to how does one ensure that a single digital token can not be spent more than once? Whilst this may sound trivial at first, in reality this is a complex issue in which highlights the potential flaws in a digital cash protocol.

Furthermore, how can one solve the double spend problem, and do so within a decentralised manner? How can society do this, whilst also ensuring that the ledger is accurate?

Many centralised organisations, such as Visa do not necessarily have this issue. The reason as to why is because Visa has a centralised ledger, and thus owns the protocol. Therefore, if there are any issues with the Visa ledger, and a double spend occurs, Visa can manually change the protocol, and correct any wrongdoings.

Satoshi notes within the Whitepaper that society wants to make commerce on the internet a reality. Currently, the typical person on the internet does not have the ability to spend a dollar online. The notion of microtransactions is not possible. This is specifically true if one is based within a poor nation, in which microtransactions would have major utility. Bitcoin solves this – the idea of small, and casual transactions.

Absurdly, back in 2014, it was uncovered that Satoshi suddenly lost everything within the project. In 2014, just before the abrupt disappearance of Satoshi, there were some arbitrary changes made to the protocol. These changes strangely resulted within the code going from very fast, to very slow. Furthermore, all scripts for Bitcoin were ripped out, and other vital parts of the protocol were changed.

In fact, the poor implementation of Bitcoin – that suddenly occurred – was not done by Satoshi. Instead, there is reason to assume that this was done by a bad actor, whom gained access to Satoshi’s identity, and private information.

The doxing of Satoshi, and the strange changes that occurred within the code also match closely with the introduction of venture capital within cryptocurrency.

Thus, this venture capital injection that occurred, was directed to ensure that Bitcoin was a financial asset, in comparison to the focus on Bitcoin as a technological innovation.

The truth of the matter is, Bitcoin back in 2014, had and still has today, the technology to make Visa, Mastercard, and all of these large companies – totally obsolete. This technology has existed for 10+ years.

However, via the focus on Bitcoin as a financial asset, in comparison to a technological disruptive innovation, this means that venture capital can exploit the notion of Bitcoin, via the introduction of third party rails, custody systems, and payment facilities to run alongside Bitcoin. Evidently, this introduction of Bitcoin as a financial asset, therefore needing the necessity of third party alternatively solutions, is incredibly lucrative.

Via the focus on Bitcoin as a financial asset, these companies can benefit from the custody and third party rails in which are required for Bitcoin.

In 2017, there were tense debates regarding the scalability of Bitcoin. Early figures within Bitcoin, includes that of Gavin Andreses and Mike Hearnes, all whom knew Satoshi. These figures knew the capabilities of the technology, and the ability to disrupt global finance, identity, privacy and wealth.

What became apparent in 2017 is the fact that many bad actors did not want to focus upon the wonderful, and disruptive technological innovation apparent within Bitcoin’s original design. This therefore divided the Bitcoin community up into two main sections: the big blockers, and the smaller blockers.

The big blockers were those whom wanted to restore the original Bitcoin protocol, thus allowing for smart contracts, payment channels, and NFTs. Whereas, small blockers – BTC – wanted to use venture for creating Bitcoin into a financial asset. This therefore resulted within a hard fork, creating Bitcoin Cash – big blockers, and BTC – small blockers. Whilst the tickers may vary, it is important to understand that these tickers are solely used for identification. At the core, these different tickets just represent different iterations of Bitcoin, and the different philosophical views.

Later, importantly to note, there was another debate among the big blocker community, in which caused another fork between Bitcoin Cash, thus creating BSV. Bitcoin Cash wanted to create alternative changes to the original Bitcoin protocol, in which varied from Satoshi’s original vision as written within the Whitepaper. However, part of the Bitcoin Cash community did not agree with this iteration, therefore forking to create BSV.

Thus, today, BSV is the original Bitcoin protocol and design, as written within the Whitepaper. Other iterations of Bitcoin have become divorced from the Whitepaper.

BSV, also known as the original Bitcoin protocol, fundamentally is an incredibly disruptive technology. The original Bitcoin design, as written within the Whitepaper, has the capabilities of truly disrupting payments, commerce, microtransactions, and the core role of money within our society.

Today, BSV is a fixed protocol, and this was set in stone at version one. At the protocol level, consensus does not choose what the network is capable of. Instead, there are policy limits for node operators. When looking at figures, it is clear as to the superiority of the original Bitcoin design, in comparison to BTC.

Today, this is especially clear:

BSV today, the original Bitcoin protocol, is capable of 100,000 t/s globally, and this occurs regularly, without stress tests. Furthermore, the largest block ever mined within history is a 4GB block in which contains 2 1/5 million transactions, and costs solely 10/1000s of a penny per transaction. This is the largest block ever mined, and occurred on the original Bitcoin protocol – namely BSV.

However, the future for BSV is far more optimistic. In fact, in solely a few years, it will be laughable 100K transactions p/s, and a 4GB block will prove to be miniscule in comparison future sizes.

Current today, BSV is working on a Terranode, in which has a terabyte block size. Furthermore, this Terranode, containing a terabyte block size, will have the ability to contain 10s of millions of transactions p/s. The aim for Terranode is to ensure that every IoT device on earth can communicate via the IPV6 protocol. Furthermore, this will mean that micropayments can occur to the tune of 10,000s of a penny, ensuring that devices are not hacked, and therefore can communicate effectively with one another.

When reflecting upon other protocols, such as ETH, it is clear that there are major flaws within the design. For example, within ETH, all nodes must cross the threshold together, thus meaning that there is no competition among nodes. This means that the network can solely cater towards the slowest computer on the network. This translates to merely 15 t/s globally. Furthermore, at the peak of the DEFI bubble, ETH protocol had $800 fees p/t to solely open a contract, in order to even attempt to trade or invest.

However, in the original Bitcoin design, BSV, nodes are innately competitive. This replicates a capitalistic system of incentives.

Why The Original Bitcoin Protocol Is Unknown:

At the core, the reason as to why the original Bitcoin protocol, as replicated within BSV, is not gaining traction, is based solely on opportunity costs.

The attempted financialization of Bitcoin, as replicated within the BTC design, has created a skewed incentive system. Likely due to many bad actors, misinformation and madness of crowds, BTC has received a lot of hype and hysteria within past years. In combination with the excessive liquidity, and the fabricated economic environment present within the past few years, this has ultimately resulted within major speculative bubbles.

BTC mostly benefited from this stimulation and mass hysteria.

There are a few reasons as to why BSV – the original Bitcoin protocol – in the past has not gained mass venture capital:

However, this is changing. Fundamentally, the mass hysteria and hype that has been ever present within BTC and the whole cryptocurrency community is fading.

The original Bitcoin protocol, as implemented within BSV, is the true iteration of Bitcoin.

Alternative iterations of Bitcoin, as revealed in the case of BTC, and Bitcoin Cash, have become divorced from the Whitepaper, and thus have little value today.

As noticed recently, deeply ingrained within the cognition of homo sapiens, is the presence of low resolution arguments, in which seem fundamental for the survival of the species. To explain, we as humans seem to be predisposed towards reducing the complexity of events within society, in an attempt to gather and store as much information as possible. However, if one can dissuade from the adoption of low resolution arguments, and thus find nuance, this is where true alpha is created.

Within the case of Bitcoin, we must have clear nuance. This nuance and removal of solely low resolution arguments, is the method in which can allow us to generate alpha, and see through the misconceptions.

The real Bitcoin protocol – BSV – I believe has the opportunity to become a truly disruptive technological revolution, from a monetary and data perspective. This technological is likely the most important technology our of century, and will impact the very fabric of society – if successful.

A Peek Behind The Lies: Bitcoin BTC, The Real “Shitcoin”