Lagarde or laggard? Europe Towards Crisis 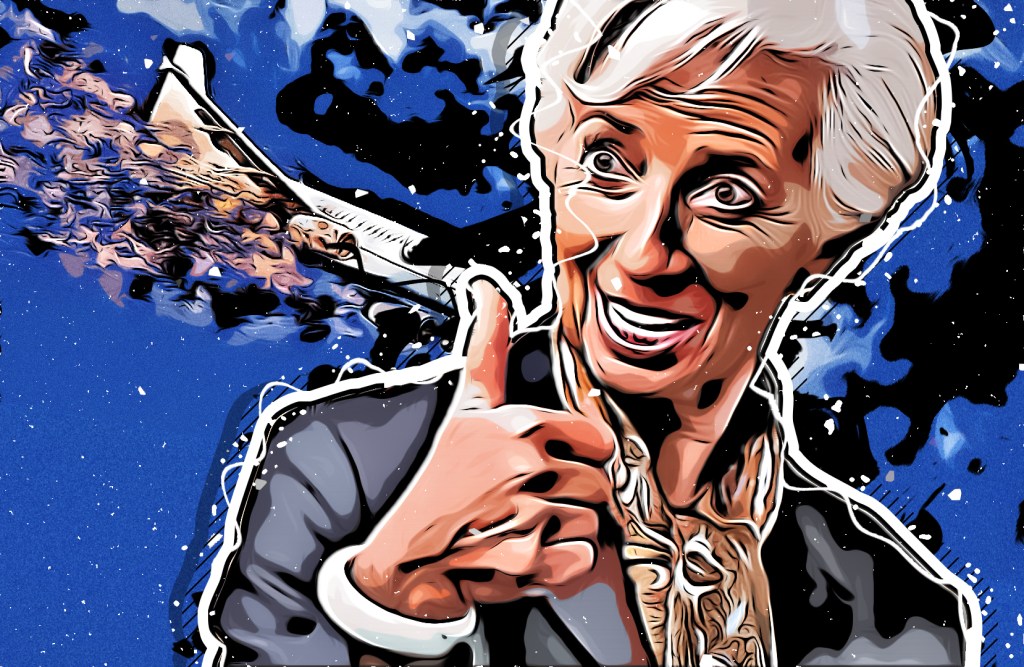 Even though Jerome Powell is generally regarded as always being one step behind, first claiming inflation is transitory throughout 2021 and now playing catch-up with inflation and hiking rates at the fastest rate in modern history, Europe is in an even worse position. What happened with the most recent ECB Rate Hike?

It took Cristina Lagarde til the end of July to even start with a modest 0.5% hike.

And even though the latest hike was modest 0.5% and ECB is much more accomodative than Jerome Powell, Cristina Lagarde nevertheless stressed that:

”This is not a pivot; we intend to keep policy very tight for the long run until inflation slows to 2%”

The European Central Bank (ECB) is the central bank of the European Union and is responsible for implementing monetary policy in the eurozone. Recently, the ECB has become increasingly concerned about the potential risks of inflation becoming anchored, or consistently high over a prolonged period of time. This is because high and sustained inflation can erode the purchasing power of money, create uncertainty and volatility in financial markets, and hinder economic growth.

To address this risk, the ECB has indicated that it will be serious about tightening monetary policy. This means that the central bank will likely take steps to reduce the supply of money and credit in the economy, in order to bring down inflation and stabilize prices. This could involve raising interest rates, which makes borrowing more expensive and can dampen demand for goods and services. It could also involve reducing the size of the ECB’s asset purchase program, which has been in place since the financial crisis as a way to stimulate economic growth by pumping more money into the economy.

The ECB’s decision to tighten monetary policy (ECB Rate Hikes is not without its challenges. For one, the eurozone economy is still recovering from the impacts of the COVID-19 pandemic, and some may argue that now is not the time to be tightening monetary policy. Additionally, the ECB must also consider the impact that higher interest rates could have on debt-laden countries like Italy and Spain, which may struggle to service their debt if borrowing costs rise.

Overall, the ECB’s decision to tighten monetary policy in response to the risk of anchored inflation reflects the central bank’s commitment to maintaining price stability and supporting sustainable economic growth in the eurozone. By carefully balancing these competing priorities, the ECB hopes to ensure that the eurozone’s monetary policy remains effective and responsive to changing economic conditions.

The European Central Bank (ECB) has released new economic projections indicating that it expects core inflation to reach 4.2% by December 2023. This is a significant increase from the central bank’s previous forecast of 2.3% for the same period. This is a cause for concern as high and sustained inflation can have negative economic consequences, such as eroding the purchasing power of money, creating uncertainty and volatility in financial markets, and hindering economic growth.

At the same time, the forecast expects a modest GDP growth of 0.5%. In other words, your quality of life is getting worse.

It is clear that the European Central Bank (ECB) is planning to implement quantitative tightening at a larger scale in Q1 2023. And it already starting with 15 billion euros per month, but it is setting the stage for a larger QT in the second quarter of the year.

The ECB also wants the balance sheet to shrink, which is already happening quickly due to hefty repayments of targeted longer-term refinancing operations (TLTRO). It is worth noting that the ECB’s QT will occur on top of the shrinking balance sheet due to TLTRO repayments.

The ECB’s decision to implement QT is likely driven by grave concerns about the potential risks of inflation becoming anchored, or consistently high over a prolonged period of time. By reducing the supply of money and credit in the economy, the ECB hopes to bring down inflation and stabilize prices.

It seems that the market is not fully pricing in the possibility of further rate hikes by the ECB. The central bank must continue to raise rates in the coming months and years, even if the market is not fully anticipating it. It is important for market participants to be aware of the potential for further rate hikes by the ECB and to consider the implications for their investment strategies.

This clearly does not add up. To slay the inflation Central Banks must hike by at least 100+ bps above neutral rates and keep rates there for several quarters. That would mean 50-100 bps positive real ECB deposit rate if the ECB is right about its core inflation projection.

Lagarde Has Woken Up

The stance of Christine Lagarde is obvious, she is determined to keep inflation in check, even if it means sending Europe into a devastating recession. However, she is only willing to do so now, after sleeping through the first couple of rounds.