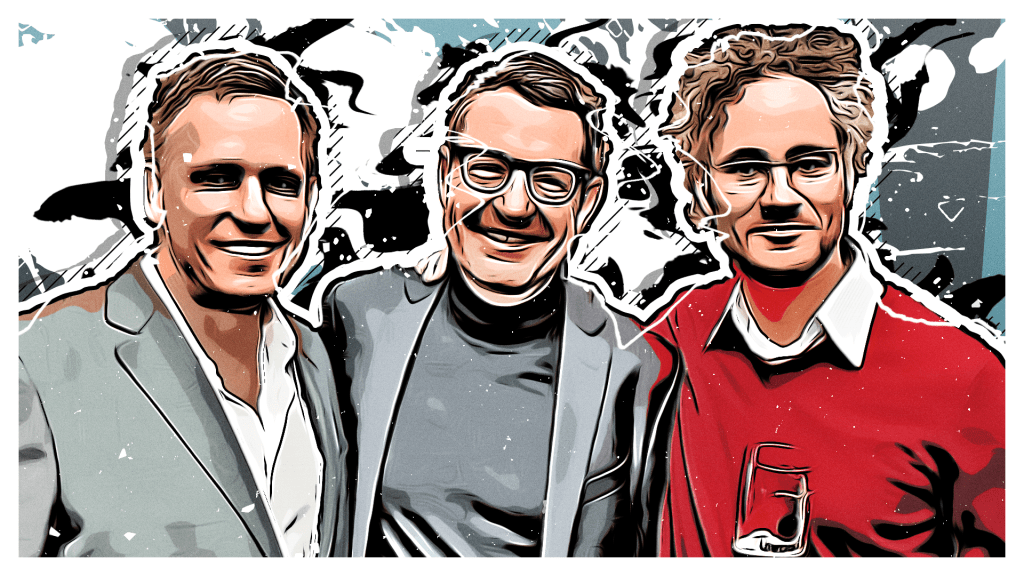 Everything Is A Data Problem:

Palantir partnered with Integrity Mold & Tool, a company in the tooling industry, with a mission to support the company’s growth and thus cement the leading position within the market.

“Thanks to our talented and hardworking team, we had extracted all the potential out of our current system but wanted a more advanced data platform to reach our full potential,” said Paul DiGiovanni, Integrity’s founder and CEO. “Palantir Foundry is aligned with our desire to act with speed to push the boundaries of what is possible and will help take Integrity to a new level.”

Fundamentally, this reiterates the vision that is clear by early Palantir investors. The software as provided by Palantir is far more than solely productivity enhancing technologies. Instead, this technology is a producer of alpha, thus acting as the cardiovascular system for organisations. Software solutions such as Zoom, or Snowflake, have value. However, these technologies solely enhance productivity. Palantir however, makes your organisation more differentiated, and therefore creates alpha. This represents the deep technological moats, in which are incredibly hard to replicate.

“This partnership shows how our cutting-edge technology can benefit companies of all sizes, and we are proud to support Integrity’s pursuit of excellence,” reiterated the President Of Palantir Technologies Canada.

Palantir’s software is currently deployed in more than 50 industries and helps power decisions in some of the most complex data environments in the world including healthcare, natural resources, manufacturing, and government. Palantir is growing in Canada, where it already employs more than 50 people and works with customers in government, finance, healthcare, energy and manufacturing.

Importantly to understand, Palantir is solely starting to ramp up within Canada, after crystallisation of the strategy within the US. As can be seen in the US, specifically the commercial, there is non linear, exponential growth clear for Palantir. Excitingly, COO Sankar noted that Palantir were to crystallise their strategy in the US, and later expand this strategy into Europe, and around the world.

It can be seen that Palantir is starting this expansion more aggressively elsewhere around the world.

One key takeaway regarding the commentary as given by Palantir was the emphasis on expanding the scope of organisations in which Palantir can work with.

“This partnership shows how our cutting-edge technology can benefit companies of all sizes, and we are proud to support Integrity’s pursuit of excellence.”

The reason as to why this point has import is based on the ideas that Peter Thiel so commonly reiterated throughout zero-to-one. Namely, the necessity for monopolisation of a certain niche, and then slow, gradual expansion across the value stack.

This monopolisation and expansion has been present within the story of Facebook, at which during inception phases, the company dominated Harvard, and other high quality revenue sources, later to expand nationally, and eventually globally.

Facebook, originally started via the monopolisation of Harvard, later slowly monopolising other “highly respected” colleges in the US. The reasons as to why this is beneficial is not solely due to the easing of friction associated with initial adoption, however also and more relevantly due to Facebook gaining “quality” customers on their platform,

Evidently, if “high status” students at the top universities are using a certain platform, this will incentive adoption for other students in the campus, and eventually around the world. Thus, this was likely a fundamental factor that contributed to Facebook’s early success.

The same is true for Palantir.

Palantir have started via the monopolisation of “high quality” clients. However now, after domination in this area, will move down the value chain to smaller organisations in an attempt to democratise the platform further.

Whilst critics of Palantir associated the small original clientele basis as problematic, at a more nuanced review, one could see that this clientele basis was the highest quality revenue. Therefore, this clearly speaks towards the viability of the software solution, in comparison to other vendors. Now however, as noted, Palantir has expanded into a differentiated phase of growth, in which the company is focusing upon smaller clients in order to derive value for shareholders. This expansion coincides with Palantir’s CEO – Alex Karp – and the commentary regarding an increased TAM, in which moved upwards of $100B, towards $900B as mentioned in a recent interview.

In addition, Palantir recent changed their pricing model, in order to cater towards smaller clients, and thus increase TAM.

Palantir is now focusing on consumption-based pricing. This allows folks to start with no commit. Instead, companies can start with issues they want to start focusing on, and over time slowly start to consume more. This therefore allows for a lower barrier to entry, however also potential for the customer to move towards Palantir full stack eventually.”

Interestingly, C3AI’s CEO recently introduced consumption-based-pricing models too. He mentioned in a quote:

“I’m pleased to announce that C3 AI is transitioning from a subscription model to a consumption-based pricing model, bringing us in line with what is becoming the standard among enterprise SaaS companies,” said CEO Thomas M. Siebel. “We have implemented a new pricing model, a new sales model, a new partner model, and new applications to accelerate sales cycles, accelerate product adoption, increase market share, and increase revenue growth and profitability in the medium and long-term.”

Mr Siebel also mentioned that, “The economic downturn is real. Our customers are scrutinizing big deals as never before, which also makes this a smart time to launch consumption pricing.”

This represents a seismic shift in the way in which Palantir is now catering to the adoption of new customers. This consumption-based pricing model perhaps will have short term impacts, regarding smaller revenues to start, however eventually over time will lead to the ease associated with adoption of the Palantir solution for smaller clients.

It seems reasonable to note that the benefits of consumption based pricing are within full swing, especially in light of this smaller client acquisition by Palantir.

Everything Is A Data Problem:

“Palantir’s software is currently deployed in more than 50 industries and helps power decisions in some of the most complex data environments in the world including healthcare, natural resources, manufacturing, and government.”

Extrapolating from this commentary, it seems apparent that everything within this new era of software, is solely a data problem. As mentioned in the past, unlike companies such as Tesla, whom solely experience one or two S-CURVE ramping phases, for Palantir, there are countless S-CURVEs, based on the interoperability of their software.

Whilst Tesla enjoys the S-CURVE ramp up in which consists of EVs, FSD, energy and AI, Palantir is limitless within their ability to scale and leverage their software.

Palantir is industry agnostic. The goal of the company is to solve complex problems wherever they arise. Across industries, Palantir spreads the tentacles and latches onto everything that has the potential to become great or fixes potential declines that might plague certain companies or industries of the old world.

Palantir is here to save some companies from obsolescence and empower those that are on a good trajectory to become even better equipped to face the uncertain world.

Palantir in itself lacks a clear S-curve they are climbing if you do not count software, as that is almost too broad to count. Instead, Palantir becomes intertwined with every imaginable S-curve the world at an inflection point is facing.

As seen in the graphics below that showcases prominent clients, Palantir is industry agnostic. They want to solve problems regardless of their origin as more problems solved help them to solve the problems that might arise in the future. Learn, adapt, overcome.

The following industries or areas of interest are the ones where Palantir has a stake at the moment:

With such all-encompassing tactics, the management team has chosen the hard path. One would almost argue that they are spreading their efforts too thin, however, if executed correctly, the solutions provided by Palantir will be default throughout the very fabric of the business landscape.