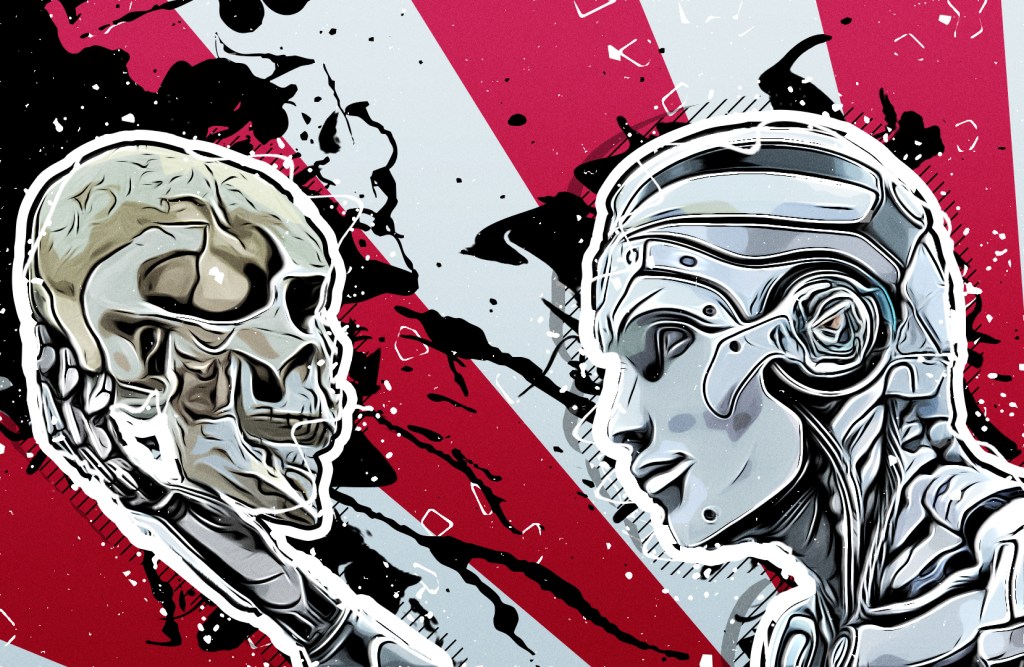 When super-intelligent AI becomes a reality, access to this technology is likely to become the most valuable resource on the planet. With the ability to quickly and efficiently write code, generate marketing materials, and interface with various systems, a super-intelligent AI could potentially build a trillion-dollar company from a single prompt.

It could write the code for the product, create the scripts and videos for advertisements, place the ads in front of the intended audience, and even facilitate transactions all on its own. The entity that controls and has access to this super intelligent AI tools would therefore have a significant advantage in achieving its goals and could potentially shape the course of society.

As AI becomes more advanced and potentially reaches a level of super intelligence, it will be important to consider who has access to this technology and what types of prompts and queries will be allowed. It is crucial to establish regulations to ensure that super intelligent AI is not used to harm humans or society.

The potential for rapid innovation that super intelligent AI could bring means that the equivalent of all technological innovation from the period of the Enlightenment to today could potentially occur within a single year. This could lead to the singularity, a hypothetical future point at which technological progress and AI surpasses human intelligence and control. It is important to carefully consider the potential consequences of this development and to ensure that we are prepared to responsibly manage and regulate super intelligent AI.

A singularity is a hypothetical event in the future in which technology and AI will reach a level of advancement that fundamentally transforms humanity in a way that is difficult to predict or comprehend. Some believe that the creation of the first truly intelligent machine will mark the last major invention that humanity will need to make, as this technology will have the capability to continue developing and advancing on its own. The singularity represents a potential turning point in human history and raises important questions about the future of humanity and the role of technology in society.

There is a belief among some people that when AI reaches the singularity, it will become self-aware and start making its own decisions, potentially ignoring or disregarding humans. While it may not have a desire to harm humans specifically, it could still cause unintended consequences or harm as it pursues its own goals. However, overall, the trend of AI’s development is likely to be positive for humanity, as it has the potential to greatly improve and enhance our lives. This is why individuals like Elon Musk and Sam Altman are working to align the goals of humanity with those of AI, in order to ensure that this technology is used for the benefit of all.

It is important to approach the development and potential singularity of AI in a productive and proactive manner, rather than simply being afraid of the unknown. While it is possible that efforts could be made to halt the progress of AI, it is unlikely that such efforts would be successful, given the widespread nature of technology and the presence of individuals who might seek to circumvent any restrictions. The singularity of AI could be considered the equivalent of a new nuclear bomb in terms of its potential impact and importance, and it is therefore vital that we consider the implications and work to ensure that it is used responsibly and for the benefit of humanity.

Imagine that an AI system has been trained on a large dataset of customer service interactions and has listened to millions of calls. It has learned to recognize common patterns and responses in these interactions and can use this knowledge to better assist customers. Because an AI system can process and learn from a much larger volume of interactions than a human, it could potentially become much more proficient at customer service than even the most experienced human representative. With the ability to handle calls 24/7 in real time, an AI system could provide excellent service to a wide range of customers at all hours of the day. This way it can provide optimal and balanced experience for both costumers and companies.

The First To Be Disrupted

The advancement of AI tools has the potential to disrupt and transform many different industries and professions. For example, if you are a copywriter or logo designer, you may find that AI systems are able to produce high-quality written or visual content more efficiently and effectively than humans. Similarly, the use of AI tools in customer service could allow for 24/7 support with immediate feedback. In the field of medicine, AI could potentially provide more accurate and immediate diagnoses and treatment recommendations than human doctors, potentially even allowing for remote medical care through the use of visual data interpretation. It is important for individuals and businesses to be aware of the potential impact of AI on their industries and to adapt and prepare for these changes.

An AI system in the finance or consulting industry can help to organize and present raw data in a visually appealing way, just by telling it to do so. An attorney could utilize AI to write a compelling argument for their case and their opponent’s case and use AI as a sparring partner to prepare for the case.

An AI system could analyze every Instagram post ever made, ranking them based on their performance, and combining that data with video content and deepfake technology. This could potentially lead to the creation of virtual celebrities or spokespersons who could work around the clock, delivering precisely-crafted messages with perfect tonality to stimulate viewers’ dopamine centers.

AI technology may eventually be able to anticipate and understand our preferences better than we do ourselves, potentially leading to a situation where we are constantly plugged in to receive tailored content. As an example, websites like “thispersondoesnotexist.com” can generate an endless stream of realistic images of people. This technology, which relies on the creation of multiple images stitched together, could potentially be used to generate multiple images of real people.

The ability to generate multiple images of real people using AI technology could also potentially lead to the creation of deepfake videos, raising questions about verification and authenticity. In the near future, the blue check mark symbol used to verify the identity of a social media account may take on a new level of significance as a result. These are just a few potential applications of AI tools, but the technology has the potential to impact many aspects of society where human decision-making is involved.