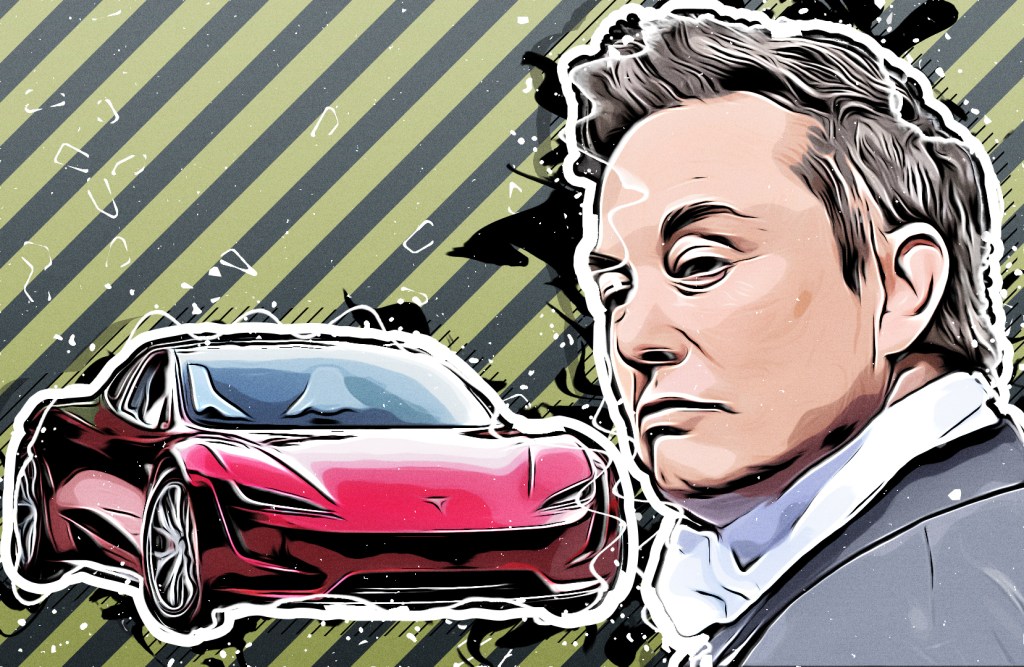 The hot debate about Tesla reached a new high when many new investors piled into the stock over the past 2 years. All these new faces are now underwater on their investment. And most are asking the question of whether they made a mistake. Is Tesla overvalued? Is it undervalued? Let’s put emotions aside and look at peers and data.

How To Value Tesla?

In the past, it was difficult to determine the value of TSLA because the company was not making a profit. Companies that are not yet profitable and are still growing are evaluated differently than those that are already profitable.

Now that Tesla is making money, we can use this information to help determine the value of the company’s stock. We can now consider the company’s earnings per share (EPS) and the price-to-earnings ratio (PE) when determining the value of the stock. These two metrics are particularly important in this situation.

There are many predictions online about how much money Tesla will make in the near future. These predictions can be difficult to trust, but we can create different scenarios and assign probabilities to them to try to get a better understanding of what might happen. For example, if we predict that Tesla will make $5 EPS in 2023, we still don’t know how much the stock will be worth because it could trade at a price multiple that is 25 times (and thus $125) or 50 times (and thus $250).

It’s possible that the consensus estimates of $4 EPS for 2023 are too low and there will be an upside surprise. However, it’s also important to consider whether or not these consensus estimates are reliable indicators of price movements. In 2022, there were multiple revisions of estimate towards the upside and yet the stock still performed poorly and many considered Tesla overvalued.

What Does PE Ratio Reflect? Is Tesla Overvalued?

The P/E ratio is a measure that compares a company’s stock price to its earnings per share (EPS). It can give an indication of how much investors are willing to pay for each dollar of the company’s earnings.

The higher the P/E ratio, the more optimistic investors are about two aspects:

It’s worth considering these factors when analyzing a company’s P/E ratio.

How can we quantify the growth and determine wheter to consider Tesla overvalued or undervalued?

When we take a sample of publicly traded US based companies we can plot out the relationship between PE ration and EPS growth rate.

We can use this statistical relationship to determine a hypothetical price-to-earnings ratio for different growth rates.

The faster the company grows, the higher multiple it might deserve, this makes intuitively sense. And you can now see what multiples you might expects for companies growing at different rates.

So let’s remember those for later and now we can look at the second factor, certainty and stability.

Investors use the price-to-earnings (P/E) ratio to determine how much they should pay for a company’s stock, and since the expected growth rate have a high degree of variance, the certainty of those predictions is a second factor.

Companies vulnerable to economic changes will be assigned lower multiple. Some investors are worried that the increasing number of new electric vehicle models on the market could harm Tesla’s market share and profits. They are also concerned that Tesla may have to lower its prices to compete, which could impact its profits.

These concerns may cause investors to be less confident in their estimates for Tesla’s future growth. Elon Musk, the CEO of Tesla, has added to these concerns by making a wild range of predictions, promises and timelines that are not always met. He even mentioned himself Tesla being overvalued many times.

To understand how well Tesla will be able to make a profit in the future, we need to consider whether their position within electric vehicle market is likely to stay dominant and high margin (like Apple’s iPhone) or whether Tesla will slide towards commoditized low profit margin area (like Amazon’s eCommerce business). This will help us predict how successful Tesla’s core business is likely to be in the future.

Based on these factors, we will choose the correct multiple in the next part to find out if Tesla is overvalued.

What Is “Fair” Value?

Above, we have looked at average PE ratios across the whole marke to make general argument for PE multiples, but let’s take a look to what we can consider their peer group.

Legacy automakers produce similar products to Tesla, but they may not be useful for comparison when determining the value of Tesla. These companies may not have the same expertise in battery technology or software, and their traditional combustion engine technology may become less relevant in the future. These companies also have smaller goals for producing electric vehicles and may have less access to funding due to debt burden and low profits. Because of these factors, it may not be appropriate to use these companies as comparison points when evaluating Tesla’s value.

New EV startups are publicly traded, but none of them are currently profitable. It is unclear when or if these companies will become profitable or how much they will produce. Investors are buying their stock based on the hope that they will be successful in the future. These companies may not be useful for comparison when determining the value of Tesla because they are not yet profitable and it is difficult to predict their future success.

Battery players might be an interesting comparison as Tesla generates 50% of their revenues in the US, which includes EVs, residential and grid-scale storage and solar. This gives them a very special business risk profile, characterized by very little demand concerns. Products based on batteries will sell like hotcakes in the US for years to come and key challenge is about having the right product and the ability to scale production. Companies with US battery exposure are therefore highly relevant peers for valuation purposes, especially if they are profitable today.

Big Tech operated in very different industries, but they are united by the fact that they are all very valuable and have both high growth and very healthy profit margins. These companies also tend to attract similar types of investors and compete for the same funding.

China has done more than any other country to promote the adoption of electric vehicles. It is possible that Chinese electric vehicle manufacturers will be as successful as Japanese car makers were in the 1980s. In the future, the most successful companies will be those with expertise in battery technology. Of the companies that have the potential to challenge Tesla, BYD is the most promising. It has demonstrated its ability to produce electric vehicles at a large scale and achieve profitability. Therefore, BYD is the only company from this group that has been included in the comparison.

The final peer group thus consist of AAPL, NVDA, META, MSFT, GOOGL, BYD, ENPH, SEDG and you can see what is their current PE ratio and what PE ratio would be “fair”.

In the chart below, you can see whether the companies are expensive (above trendline) or cheap (below trendline). Tesla is safely below trendline and thus undervalued.

Taking the expected EPS growth, Tesla should command at least PE of 35 based on the low EPS consensus, however I believe Tesla will soon get to commanding PE of 40-50x, here is why:

Tesla Is NOT Overvalued

Based on the previous sets of data, we can plot out what are the possible scenarios of Tesla’s valuation.

If the market this year turns out even barely reasonable, Tesla stock will come back roaring. It is inevitable. Tesla is not overvalued.